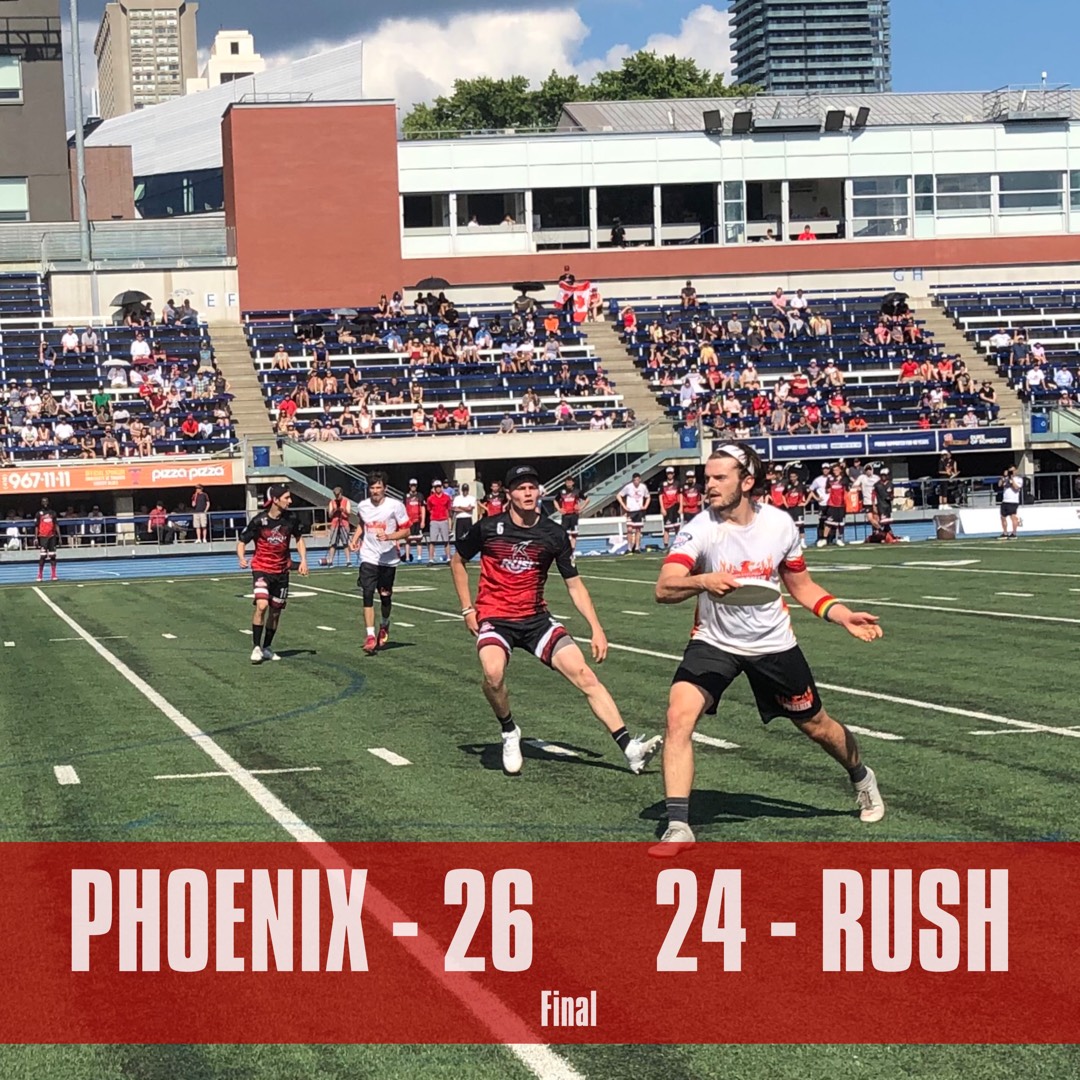 Fellow rookie Marc Sands added three goals, two assists and a block. Mike Arcata scored five times, had two assists and a block in the huge upset win for Philadelphia. The Phoenix, now 3-6 on the season, not only beat the Rush at home earlier this season for the first time in eight seasons but have become the first team in AUDL history to sweep Toronto in a regular season series.

The Rush, who were led by Nathan Hirst’s six goals, fell to 6-5 on the season. Akifumi Muraoka and Cam Harris each threw six goals and scored twice for Toronto, which failed to lock up a playoff spot last weekend.

This win leaves the playoff door ajar for the Phoenix, who will have to win out the next three games to make the playoffs, in what would be the first appearance since 2013. The Phoenix take the field to host the unbeaten New York Empire this Saturday at A.A. Garthwaite Stadium for the final home game of the season starting at 6 p.m.

Tickets and fan packs for Empire vs Phoenix, July 6th are available here.