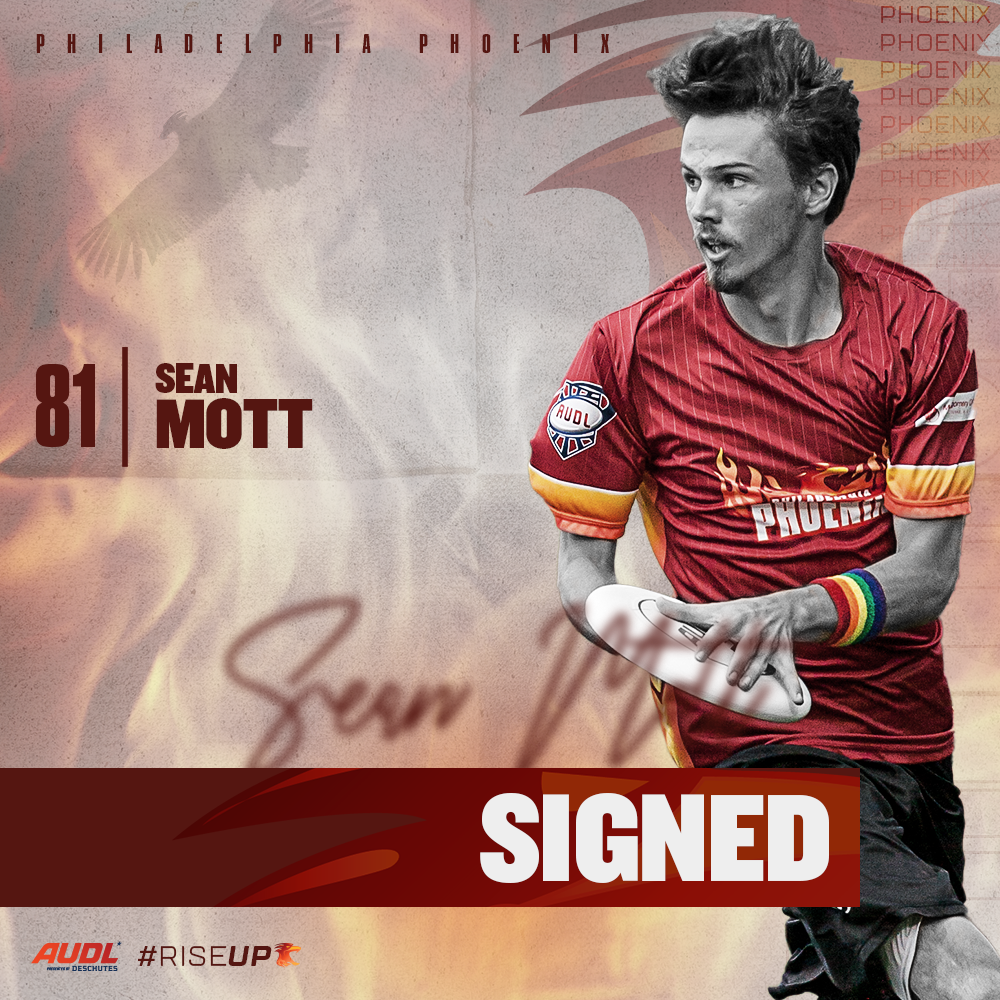 PHILADELPHIA — Returning to the Phoenix for his sixth season, Sean Mott has established himself as a standout player for Philadelphia. He was the team scoring leader for the past three seasons, and 2019 marked his third consecutive season with 50+ assists. Also during the 2019 season, he participated in the inaugural AUDL All-Star game in Madison, WI, officially being named in the first class of AUDL All-Stars. Mott makes his mark on the field as a dynamic cutter, dominating deep space with speed and vertical explosiveness while continuing to remain a threat in the short-field with an impressive left-handed throwing arsenal. He is a renowned competitor and natural leader, exhibiting those skills as a captain of the Phoenix in 2018 and 2019. “Mott has the rare ability to affect other players on the team and make them play better,” General Manager, Jeff George said. “His presence changes everything. His immense talent often overshadows his gifts of leadership and intelligence. He understands the game of ultimate at a very high level, and there is a clear difference in the team when Mott is on the field.”

With the 2020 divisional realignment, the Phoenix face new challenges and matchups in the Atlantic Division. Mott said, “I’m particularly excited for the Raleigh matchups. I have a lot of friends on that team and I know they love to get after it just as much as I do, so it should be a fun game.” Philadelphia has knocked on the doorstep of a playoff berth each season since 2017, Mott has been in the conversation for AUDL MVP for just as long. He has ambitious goals for himself and the Phoenix coming into 2020. “I love the young talent on this team and the drive from everyone in the organization to be better, which I believe will motivate me to have my best season in the league this year,” said Mott. “I’m looking to be the MVP of the league this year. In my head I underperformed last year and know I have more to give. I would love to help bring the Phoenix back into the playoffs. I believe it’s something we can accomplish this season.”