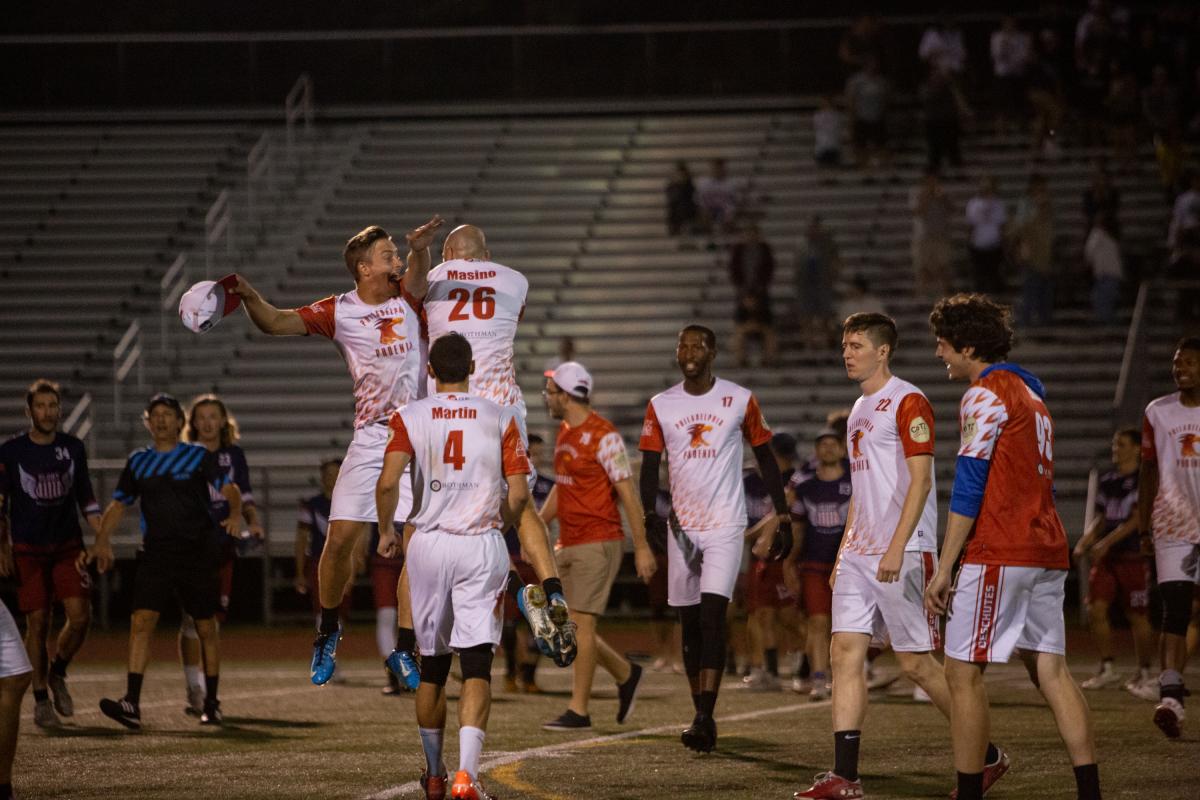 PHILADELPHIA - The Phoenix enter into their final bye week of the season after suffering their first home loss of the season to the visiting Atlanta Hustle. Although the loss certainly dampened Philly’s playoff chances, the Phoenix are not out of it yet. New York, Raleigh, Atlanta, and DC—the four playoff teams ahead of Philadelphia in the standings—have several games remaining against each other, and someone has to lose those games.

Philadelphia still controls much of its own destiny. If the Phoenix win out, their 7 - 5 record would certainly put them in the midst of the playoff conversation, and would include the tiebreakers against DC and a potential tiebreaker against New York. That would place the Phoenix firmly in the mix, and could see the Phoenix in the playoffs for the first time in 8 years. That is a tall task however for a Philly squad who has never managed a four game winning streak. The Phoenix running the table is option A.

Option C is through New York. This appears to be a tall task—the New Rochelle Empire are the reigning champions and delivered a smack down to the Phoenix in the beginning of July—but the Phoenix nearly beat the Empire the last time the two met in Philadelphia, and lightning could strike twice. New York looks strong, but their season stats are buoyed by a small sample size against weaker opponents. The Empire are 4 - 1, with only a 1 - 1 record against playoff teams (that 1 - 1 record being against DC Breeze). New York has seven games remaining on their schedule, including games against Raleigh and Atlanta. New York has the easiest schedule in the league this season, with only three games against 2019 playoff teams, and no double header travel weekends, but the Empire are beatable in 2021 and wilder things have happened.

The Phoenix celebrate a win in Boston. PHOTOGRAPHER Emily Cohen

Finally Option D. Currently the least likely path for the Phoenix playoff chances, is a complete collapse from Raleigh. The Flyers are 5 - 2, they started the season 0 - 2 against Atlanta and DC, then reeled off five wins against the bottom half of the division—including a deconstruction of Philadelphia in North Carolina. However, the Flyers final five games are all difficult. Their remaining schedule is home against Pittsburgh, then a double header at Boston at New York, home against Atlanta, then at DC to end the season. Raleigh could easily be 6 - 6 after that brutal stretch, and could potentially lose all of them. Philadelphia would still need to pass them in the standings, as the Flyers own the tiebreaker against the Phoenix, but Raleigh’s stats are inflated by beating up on inferior teams, and such a formidable slate could see them plummet as a team.

Of those four possibilities, B and C—sweeping DC or surpassing New York—are most attainable by the Phoenix. The Breeze looked dominant after suffering an opening night defeat to the New York Empire, but faltered again last week as they dropped a game at home to the Atlanta Hustle. The Breeze performed worse against the Hustle on Saturday than the Phoenix did when they played them 24 hours earlier, and that has to give pause to all the pundits who had pencilled DC into championship weekend. Philadelphia and DC have this weekend off to prepare for the tussle, and it is shaping up to be the pivotal match for both teams. A DC victory would all but close the door on Philadelphia’s playoff chances, clinch a playoff berth for the Breeze, and help them right the ship. A Phoenix upset however would blast that playoff door wide open, and rattle all the hard earned confidence the Breeze have mustered.

For Philadelphia to attain such high hopes, they will need to accomplish something they have failed to do for the past two seasons: convert breaks. Philadelphia ranks middle of the pack in blocks per game, and are top 10 in turnovers committed by the other team per game, a statistic that was difficult to compile but speaks to the defensive pressure the Phoenix are able to assert—like Joel Embiid forcing opponents to shoot poorly at the rim, even if he doesn’t block the shot. Yet the Phoenix are fifth worst in the league in terms of defensive efficiency. Even though Philly is forcing plenty of turnovers, the team is unable to turn those turns into points. The lack of scoring output from the defense—coupled with a shaky and inconsistent offense—has the Phoenix where they are today: at 3 - 5 and without a playoff berth.

The offense has to improve, but that may take more than two weeks. Even a bolstered Philadelphia attack would struggle to match the efficiency of the DC Breeze, who until last weekend were the best offense in the league, and putting up 13 points against Atlanta only dropped them one spot. Phoenix defenders are already doing the hard part—forcing turns—now they just need to complete the puzzle and start scoring!

After their game in DC on July 28, the Phoenix play their final three games of the season at home: August 6 vs. DC, August 13 vs. NY, and August 21 vs. Boston. That is great news for the team, who plays better at home, and for the fans, who will get to finish the season cheering on an exciting young Philly team! If you would like to watch next week’s matchup against DC, pick up a subscription to AUDL.tv. Then head to the Phoenix Online store to get tickets to the final three home games!