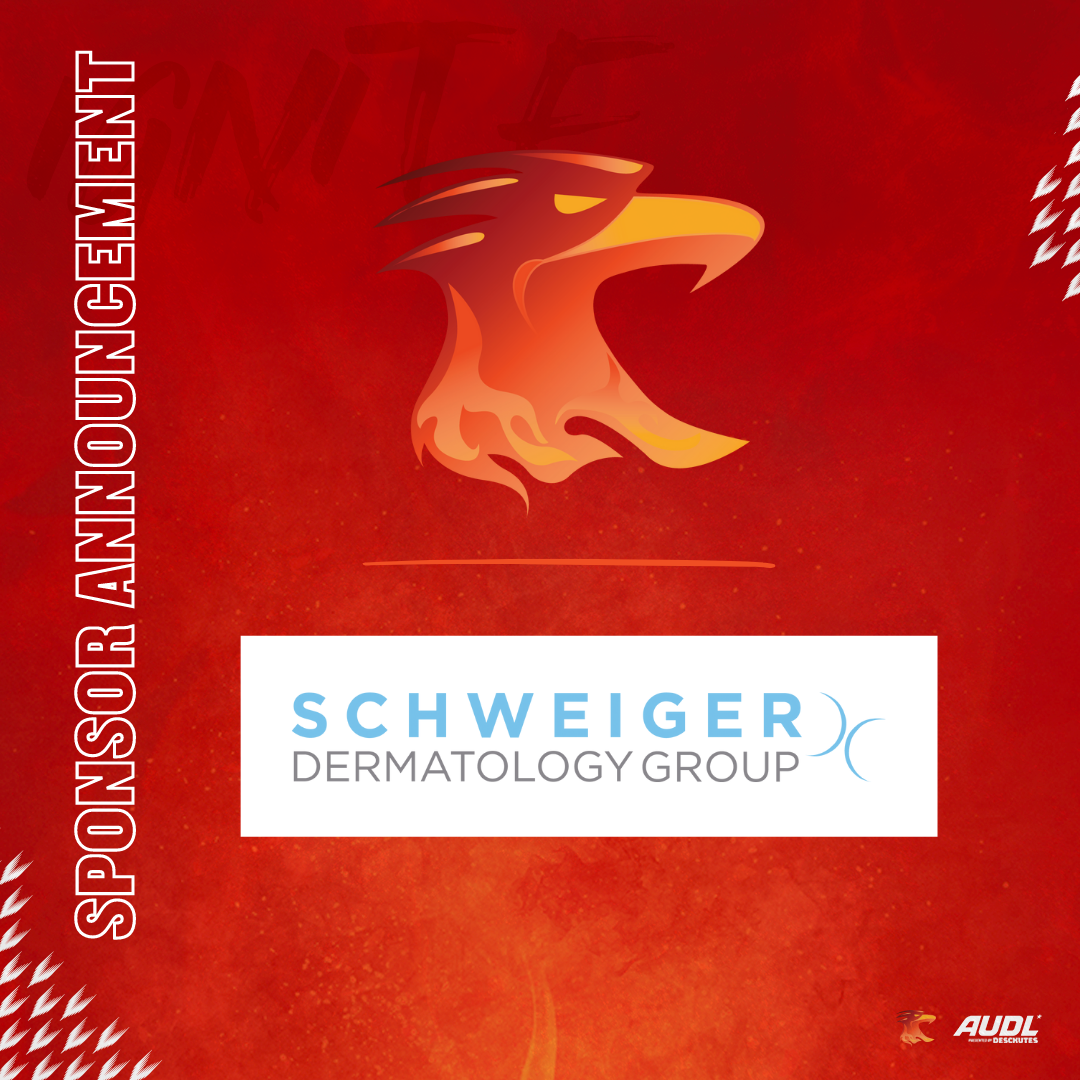 PHILADELPHIA – The Philadelphia Phoenix, Philadelphia’s professional ultimate team, is pleased to announce Schweiger Dermatology Group (SDG) as a new partner for the 2022 AUDL season. The partnership will focus on the May 13th home opener and kick off the Phoenix season celebrating Melanoma and Skin Cancer Awareness Month. It will also include sun protection and educational public service announcements from Schweiger Dermatology featured on the Phoenix social media platforms and presence at several future Phoenix home games.

“We are thrilled to partner with Dr. Chung and the Philadelphia Phoenix this season to help encourage healthy skin habits amongst the many fans that come out to watch their favorite ultimate frisbee team play,” says Laura Fink, Chief Marketing & Growth Officer at Schweiger Dermatology Group.

The Phoenix have a large fan base in Millennial and Generation Z demographics and the Philadelphia region is home to one of the country’s largest Ultimate communities. Professional ultimate is growing rapidly - three new expansion teams entered the league this year and, in addition to Game of the Week broadcast agreements in the U.S, Europe and South Asia, the AUDL recently announced a new initiative aimed at cultivating relationships with the robust Latin American ultimate communities. With the sport’s upward trajectory, building partnerships with entities such as Schweiger Dermatology Group is another step forward. Phoenix managing partner, Christina Lee Chung, MD said, “As an avid sportswoman and dermatologist, I acutely understand the importance of sun protection and routine skin examinations, particularly for athletes who play outdoor sports like ultimate, tennis, and soccer. The negative effects of spending so much time in the sun don’t appear until later in life, so prevention is key. I can’t stress enough how important it is to get into good habits early on so I’m delighted to embark on a partnership with Schweiger that brings both skin cancer awareness and access to dermatologic care to our community.”

The Philadelphia Phoenix is a professional ultimate team and member of the American Ultimate Disc League (AUDL); the premier professional ultimate league in North America, with 25 teams across the United States and Canada. The Philadelphia franchise was founded in 2012 as one of the original eight founding teams of the AUDL. The team plays their home games at the South Philadelphia Supersite. Season tickets and Single Game Tickets for the upcoming season are available through the team’s official online store.

Schweiger Dermatology Group is the largest group dermatology practice in the Northeast with over 90 offices and over 250 healthcare providers. SDG provides both medical and cosmetic dermatology services to over 1,000,000 patients annually. Schweiger Dermatology Group has been named to Crain’s New York Fast 50, honoring the fastest growing companies in New York and to Inc 5000 Fastest Growing Private Companies in America, each over five times. To learn more, visit schweigerderm.com.