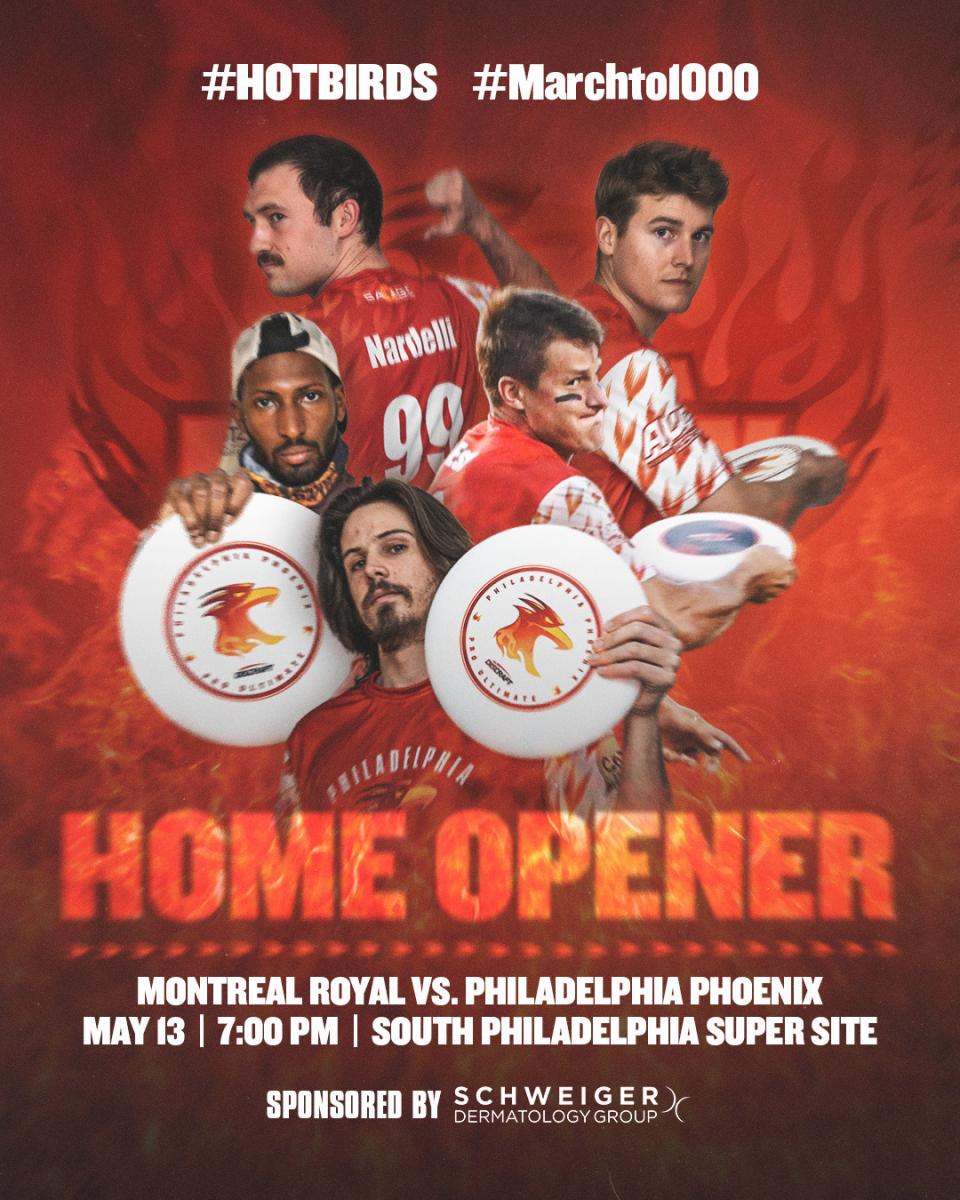 PHILADELPHIA, Pa., April 13, 2022 — The Philadelphia Phoenix, Philadelphia’s professional ultimate team, launches their tenth season later this month, and plays their 2022 season home opener a month from today. This has certainly been the most dramatic offseason in team history, as the team hired a new coach in December, played a halftime exhibition during the Eagles vs. Cowboys game in January, hired a new GM in February, and brought Philadelphia Union capo Adam Booth on board to both improve their Gameday experience and help with marketing.

“As a born and raised Philadelphian who grew up reading the sports section of the Inquirer every day, I’m delighted to be at the helm of Philly’s coolest and most innovative sports franchise as we mark a decade of representing the city through sport.” said majority owner and managing partner, Christina Lee Chung, MD, “We’re in the middle of an incredible upward trajectory and this 2022 roster truly represents the best of Philly ultimate talent - from homegrown rookies who have come up through the Phoenix Ultimate Academy’s youth programs to seasoned veterans of the league.”

Among the team starters returning for the 2022 season are Greg Martin, one of the most electrifying athletes in Philadelphia and last year’s 4th leading goal scorer in the AUDL, and Sean Mott, the franchise’s all time leading scorer.  The team also has a number of potential breakout stars in James Pollard, Nate Little, and Jordan Rhyne.

Rookie head coach Roger Chu remarks, “I’m excited about the players finally getting the chance to play against some of the best competition in Ultimate after all of the dedicated and focused work they’ve been putting in during the preseason.”

The Phoenix season begins on April 30th with a trip to Boston, followed by a visit to their rivals in New York. They then come to South Philly on May 13 for the home opener against the Montreal Royal. Phoenix home games will all be played at the South Philadelphia Supersite, located at 10th and Bigler.

There will be much more than just ultimate to entertain fans at Phoenix games this summer. There will be local food options, sold by an assortment of Philly vendors and restaurateurs. Beer will be sold at the games by Triple Bottom Brewing, the only brewery in Pennsylvania certified as a B-corp, an award given for their social and environmental performance. Pre-game parties will be hosted in the beer garden, with music provided by an assortment of bands from Beyond the Bars, an organization that teaches music to young people in prisons, homeless shelters, trauma units, and other places where there is typically little hope.

“For our team to truly be embraced by the city of Philadelphia, we needed to embrace the city first,” says investor and Fun Czar, Johnny Goodtimes. “That’s the way Brotherly Love works. And the way to do that isn’t to pander, but to partner with local organizations that will not only provide our fans with a high-end experience, but which make a systemic difference in our community. We’re beyond thrilled to be partnering with Triple Bottom and Beyond the Bars this season, two organizations who don’t just talk the talk, but walk the walk.”

There will also be a chaperoned Kid Zone, complete with a bounce house, games, and fun. “A thrilling, reasonably-priced sport, beer, and chaperone for the kids,” adds Goodtimes. “Phoenix games are pretty much every parent’s dream set-up for a great family night out.”

Both season tickets and single game tickets can be purchased at phoenixulti.com.