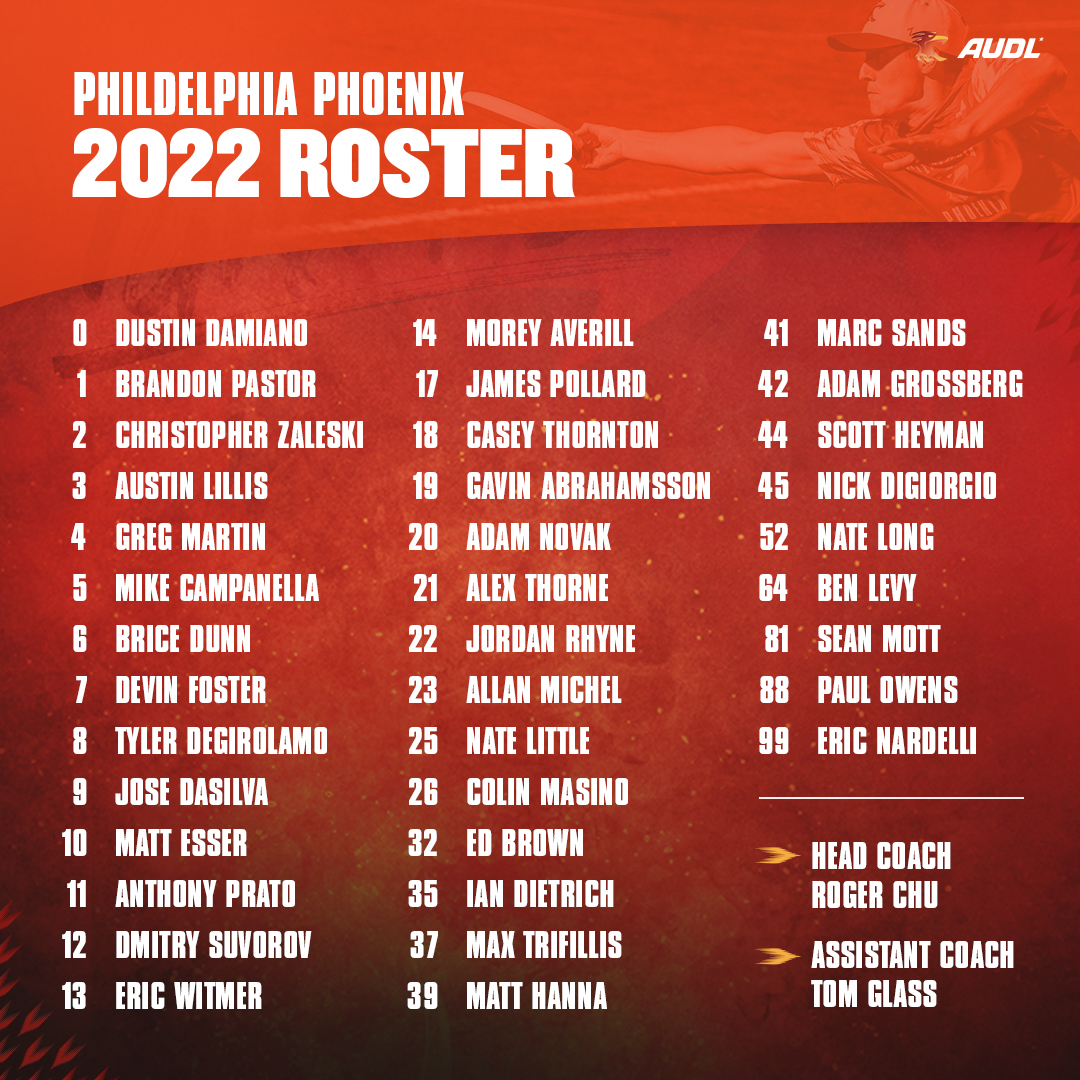 The team also signed several exciting young prospects. The electrifying Nate Little, who provided perhaps the most spectacular Phoenix highlight of 2021 with a sensational diving grab against Pittsburgh, is a 22-year old with unlimited potential. Adam Grossberg is a senior at Wissahickon High, but proved at tryouts that he was ready for the big leagues. Nineteen year-old Casey Thornton, who showed exceptional promise in two games last season, returns to the team as well.

“The vibrant and rapidly growing ultimate programs in the Philadelphia region are producing talent that has never been seen before.” said President and Managing Partner Dr. Christina Lee Chung, “The squad has a new look this season and is filled, up and down the roster, with the best of the best. We’re all looking forward to taking the field and stamping Philly ultimate as an AUDL powerhouse in 2022.”

The Phoenix season begins on April 30th with a game in Boston, and they make their 2022 home debut at the South Philadelphia Super Site on May 13th. Season tickets for the upcoming season are available through the team’s official online store.