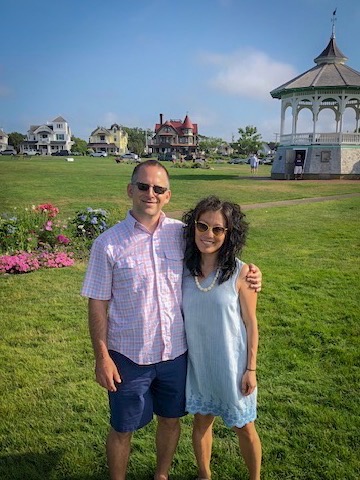 PHILA, PA -- The Philadelphia Phoenix announces new local owners, Drs. Christina Lee Chung and Jeff George. Both Chung and George bring unique firsthand knowledge and experience to this venture. Between the pair, they have been heavily involved in ultimate for over two decades.

George began playing ultimate in 1994 with the Pennsylvania State University club team. He continued after graduating, joining elite club division play in 1997. He played for some of the nation’s top elite men’s club teams through 2009, including Philadelphia Rage and New Jersey Pike. Starting in 2010 through the present he has played in the masters and grandmasters divisions for various Philadelphia and Mid-Atlantic Region teams. Most recently finishing sixth at the 2018 Worlds with his current team, Shutdown. George coached the Philadelphia elite women’s club team, Green Means Go, from 2014 to 2017, leading them to two National Championship tournament appearances. He has also been involved in the Philadelphia Area Disc Alliance (PADA) from 1996 to present, serving as a captain and leading his teams to become summer league champions in 2012 and 2013.

Chung was introduced to ultimate through her relationship with George. She began playing in the PADA league in 2004. As a lifelong athlete she fell for the sport, playing until 2016 when an injury caused her to retire. During her time in PADA, Chung co-captained with George for three seasons, leading their team to finish in first and second places.

The pair plan to utilize their experience and passion for ultimate through involvement in the direction and management of the franchise. “I want to help the Phoenix succeed on and off the field, and ensure our players and fans enjoy the experience,” said George. “The goal is to become a consistently top- performing team, a respected franchise and one the city really gets behind.” Speaking on the future of the franchise, Chung said, “I am excited for the opportunity to grow ultimate. I love the athletic and technical rigor of the sport, and how it is simple yet strategic. This is also a great opportunity to be able to give women more opportunities within the sports industry as well as promote diversity in ultimate.”

Chung is a native of the Greater Philadelphia Area, having grown up in Lafayette Hill. After graduating from Amherst College, she attended medical school at Temple University and completed her training at Hahnemann University Hospital. She specializes in dermatology for high risk skin cancer and organ transplant patients. George has been a Philadelphia resident since 1996. He attended medical school and completed his training at Hahnemann University Hospital, and specializes in emergency medicine. The pair reside in Center City with their two children.