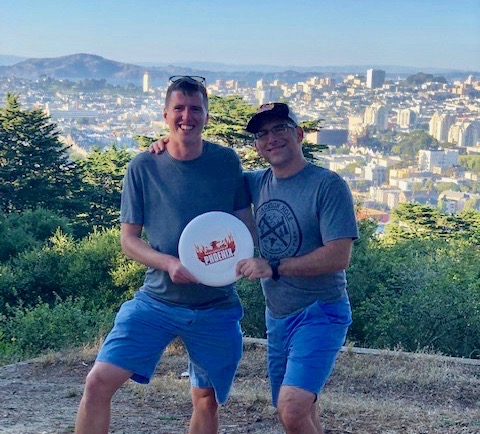 PHILADELPHIA, PA - The Philadelphia Phoenix are excited to announce two role changes within the administration. Long time General Manager, Mike Arcata, has stepped into a new role as Director of Operations. This continues his growth within the organization since joining as a player in 2017. As part of this role he will focus on growth and management of partnerships for the Phoenix. Arcata said, “It’s been a pleasure serving as General Manager, and I’m looking forward to having a greater focus on team operations and business development. Throughout my time with the Phoenix my interest and passion has grown in these areas.” Additionally, Arcata is spearheading the development of the Phoenix’s new youth initiatives and youth development programs throughout the Philadelphia region. This is a project he is well suited for as he has several years of experience teaching and coaching youth, and is passionate about ultimate and furthering the sport.

Owner and Vice President, Jeff George will be adding the General Manager responsibilities to his role in the organization, now serving as Vice President and General Manager. With several decades of experience both playing and coaching ultimate at the highest levels, George is an excellent fit for the position. His duties now encompass coach, player and team functions, and he will work closely with coaches and players to cultivate the Phoenix roster, further developing the team and strategy. George said, “I’m excited to step into the role on a team with such talented players, and I’m looking forward to propelling the Phoenix to new heights. The players and coaches understand that expectations will be high, but they are more than up for the task.”

More changes are in store for the Phoenix as the 2020 season approaches. The AUDL recently announced a new franchise in Boston and with it the reconfiguration of the league divisions and realignment of five teams, including the Phoenix. Beginning in the upcoming season, the Phoenix will play in the newly formed Atlantic Division, competing with Atlanta Hustle, DC Breeze, Pittsburgh Thunderbirds, Raleigh Flyers and Tampa Bay Cannons. The divisional placement will bring the Phoenix the challenge of new opponents as they vie for a playoff position in 2020.