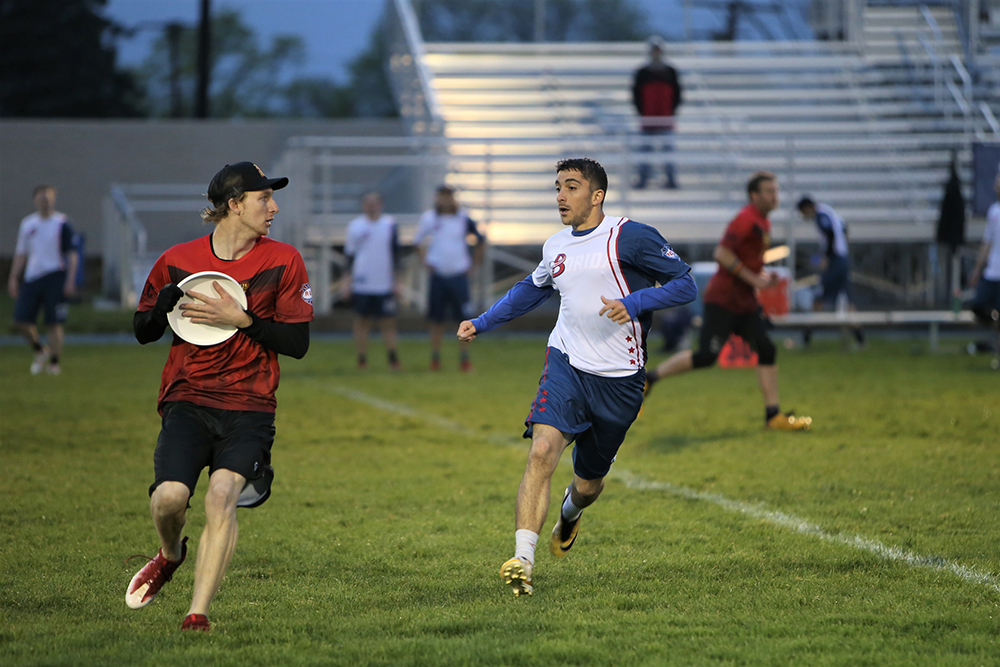 PHILA, PA - In forty years, when professional Ultimate has surpassed Football as the number one sport in America, I will sit my grandchildren down and tell them why Philadelphia and DC have a rivalry. I will tell them I was there, at the game where it all began, where scrawny kids who played together in Jersey grew up and became battle-hardened warriors dancing to the whims of the Thunder God.

There are a litany of stats and numbers that are key to understanding this game, but the most important number is 3.5: 3.5 lightning delays, two for 20 minutes and one for 30. The pauses should have ruined the intensity of the game, breaking it into seemingly meaningless segments of subpar, rainy ultimate. Instead, it heightened the tension to a palpable level, as the small but dedicated crowd strained to be heard over the wind, rain, and hollering sidelines.

Philadelphia took an early lead in the first quarter, getting a break to put them up 5 - 3. Discs were falling into the laps of Phoenix players, most notably when Ethan Peck tipped a disc right into the hands of a waiting Strouse. Strouse caught it and flipped it right back to Ethan, who barely had time to react before catching a goal that he thought was a turn. But DC managed to get their break back on a Maxstadt huck and Philadelphia failed to punch in the final point, giving the breeze a 5 - 5 tie game and the disc to start the second quarter.

DC managed to trade scores until a ferocious Philadelphia D line took control with impressive effort plays, and savvy time out calls by player coach Trey Katzenbach allowed Philly to sub their o line in and take advantage, putting up a 9 - 7 lead.

There is not enough that can be written about the tenacity of the Philadelphia defense in this game. To play in that rain was difficult enough, but they were also missing defensive stars from the Canadian games; phenoms such as Nardelli, Fortin, Baer, and Reydams. This Defensive line, anchored by the stalwart Matt Esser and bolstered by a returning Greg Martin, used the rain to their advantage, seizing every opportunity to dive unto the wet grass and punish lazy D.C throws. Every player on that line deserves praise. Heck, every player on the team deserves praise. Ryan Brown had a game saving d in the fourth quarter. Big Flick Nick Patel big flicked

Philly took the lead in the third to the tune of 14 - 13 when the second lightening break sounded. It was on a quick break-side backhand to a streaking Nick Patel in the end zone, who leapt, toed the line, and snagged what could have ended the game. The booth thought the refs would call it. The players thought the refs would call it. But the referees, showing the indomitable Philadelphia spirit, sent the stadium back out to watch the final quarter and a half in the pouring rain.

DC were the ones who came out fired up this time, scoring and breaking just as the third and final lightening break was called. Now the shoe was on the other foot, with the Breeze taking a 15 - 14 lead into the locker rooms: hooting and hollering about their good fortune. They would ride their wave of enthusiasm through a slog of a fourth quarter, in pouring rain, wind and cold weather, to take an 18 - 15 lead with 8 minutes left in the fourth. Philadelphia relatively quickly, and with 7 minutes left, preparing to pull the disc to DC, down two.

The next point took five and a half minutes, running the clock down to around a minute forty. It involved 3 timeouts, multiple substitutions, drops, defenses, and unbelievable throws by both teams. But the play of the point was with two and a half minutes left on the clock. Scottie Xu, who played an unbelievable game on both o and d line, got leveled by two DC defenders: one who collided with his legs and the other who layed out into his shoulders as he was already off balance and falling to the ground. It received a warning and a 20 yard penalty: 10 for contact and 10 for a dangerous play. Our play-by-play commentator Bailey threw his headset and screamed at the field. The camera crew stormed out of the booth and ran down the bleachers to yell at the DC sideline. Both benches cleared. And Scottie, incredibly, got up, walked to the sideline, and chuckled to himself while stretching his neck. 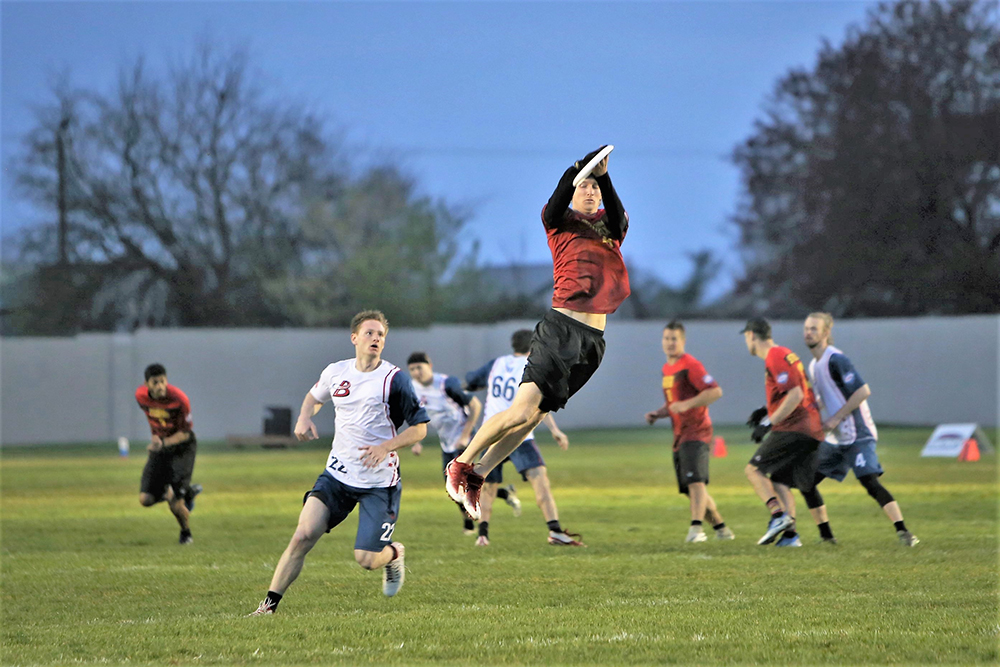 Philadelphia scored the next two points and tied it at 18 a piece. An unbelievable goal line stand gave them the disc back in their own end zone with 4 seconds on the clock. The huck didn’t quite make it, and with the rain delays already brushing up against the time limits of the stadium, it was called a tie. 18-to-18.

It was frustrating for players and fans to fight threw everything; to overcome to the weather and the adversity, only to tie. But it proved something about these Phoenix. This is no fair-weather team. They will not wilt. They will not back down. This is a tested team that has fought for a chance to play at least one game in the sun. Watch out AUDL, because Philly is coming for you, and the Phoenix will rise.