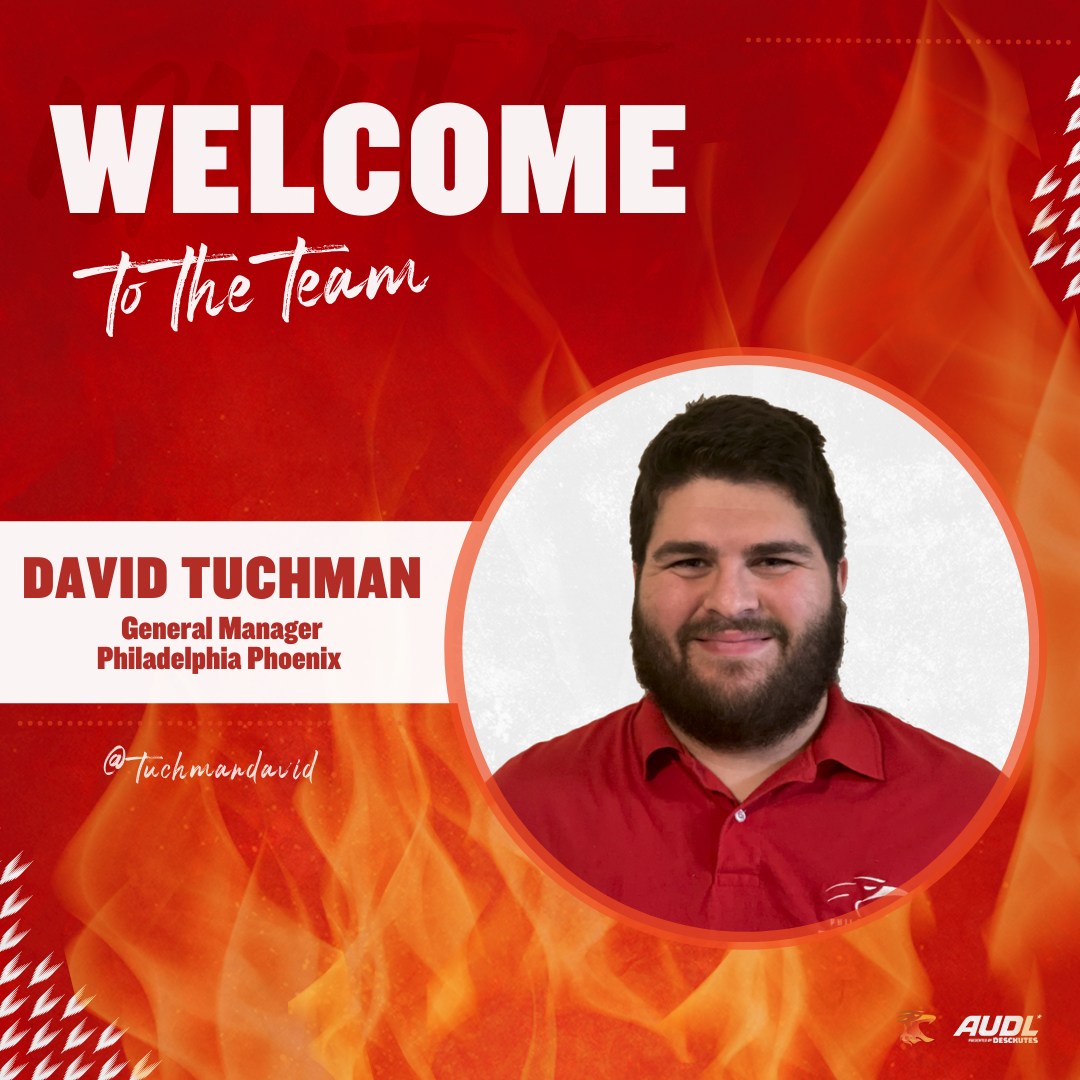 The Philadelphia Phoenix today announced several personnel changes in the front office. David Tuchman has been appointed the new General Manager of the organization. The recent East Stroudsburg University graduate holds a BS and MS in Sports Management and a minor degree in Business Management and Applied Statistics. Tuchman has been involved with team logistics, analytics, and management since 2020. In addition to his work with the Phoenix, Tuchman has significant experience in event operations and personnel management and has facilitated events both nationally and internationally. His duties as general manager will include leading, developing, and expanding operations across the spectrum of the Phoenix business.

"I am thrilled for the opportunity to hit the ground running. Thank you to the owners, Christina Chung, Johnny Goodtimes, and Jeff George, for trusting me to be the person to lead this team into the future,” said Tuchman, “I look forward to the opportunity to build out the team with highly skilled individuals and continue to push the Phoenix brand to new heights.”

The move comes after previous Director of Operations Mike Arcata decided to step down from the position, after four years in the role. Chung commented, “We are grateful for Mike's incredible vision, hard work and dedication over the past several years and look forward to the fruits of this next chapter of his bright career.”

Additionally, the team announced Alex Shragis will be moving on from his role as Marketing Assistant and Social Media Manager. Phoenix owner and Fun Czar Johnny Goodtimes will be taking the lead in working with AUDL Marketing on Fan Engagement, Gameday, and Media Relations.

The Philadelphia Phoenix is a professional ultimate team and member of the American Ultimate Disc League (AUDL); the premier professional ultimate league in North America, with 25 teams across the United States and Canada. The Philadelphia franchise was founded in 2012 as one of the original eight founding teams of the AUDL. The team plays their home games at the South Philadelphia Supersite. Season tickets for the upcoming season are available through the team’s official online store. For more information about the 2022 Philadelphia Phoenix, visit https://theaudl.com/phoenix.