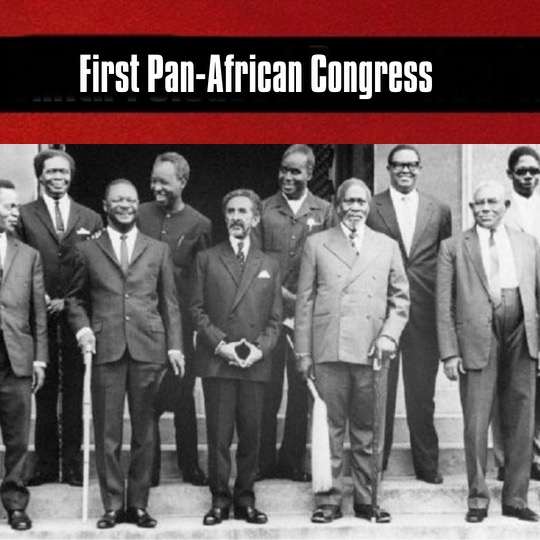 February 19th marked 102 years since the assembly of The Pan-African Congress assembled together. W. E. B. Du Bois, a civil rights activist, contacted a wide array of powerful individuals located mainly in African Colonies and brought together a group of representatives. The Congress was composed of 57 delegates: 14 from Africa, 16 from the United States, and the other 16 from other colonies.

The creators were governed by W.E.B. Du Bois, but the congress was developed by Marcus Garvey and Jomo Kenyatta, one of the oldest members of the group. Their purpose was to bring political, intellectual, and economic unity to the African continent. African countries such as Algeria, Angola, Benin, Burundi, Cameroon, Cape Verde, etc had long harbored goals of uniting the African people while organizing an end to European Colonization, which drastically impacted political freedoms throughout the continent. 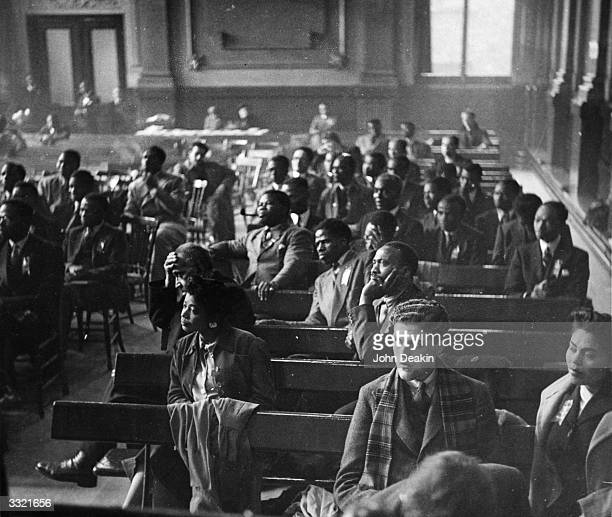 Pan Africanism is the belief in the solidarity of every individual’s ideologies. Whether the system feels flawed or misshapen on specific issues, the goal is to add unity to anything that affects all members of society; economics, social issues, politics, and progression for living in a simplistic environment of African’s descent. It is an ideology that people of such descent have an interest and an opportunity to nourish their beliefs that can be discovered as factual for the better of their environment. This ideology— that is honest and applies change—is called for celebration in African culture. Similar examples can be seen in the histories of the American Indians, who’s political models in the Iroquois Confederation were partially adopted into the U.S. constitution.

In October 1945, in Manchester U.K., the Fifth Pan-African Congress was held to discuss decolonization in Africa and the West Indies. Places like Jamaica, Cuba, Hispaniola, Algeria, Libya, Sudan, and more, came together to display their national and international beliefs that their history deserved more recognition and a fully separate nation in order to be free from the injustice that was frequently executed by White America for centuries. 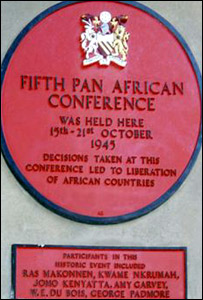 The Pan African Congress is a success of “inferior” individuals uniting together for the sake of progress, despite a society who made these ethnic individuals outcasts and irrelevant, labeling them minorities. The transition from colonialism to political sovereinty, through the efforts of such institutions as the Pan African Congress, has made those of African Descent superior, since they had an opportunity to build their constructed reality, and the influence to show the world who they were while facing adversity during the Slavery Era. 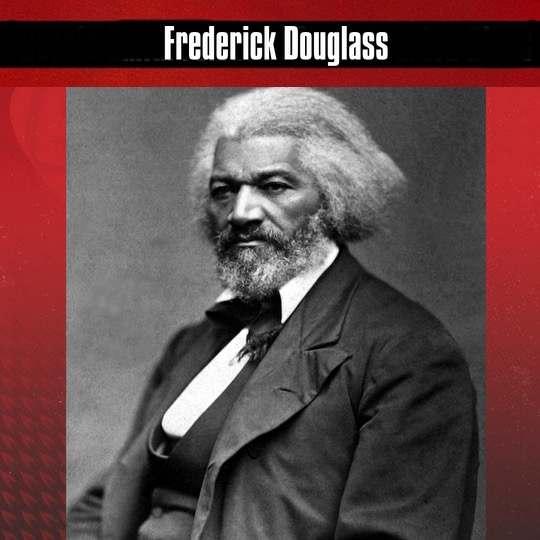 126 years ago, on February 20th, 1895, social reformer, statesman, and abolitionist Frederick Douglas died from a heart attack in Washington DC. Known for primarily for his oratory skills when speaking for abolition, he was one of many descended individuals who experienced slavery; one who escaped and became a prominent activist for bringing justice and equality to all people in the American Nation.

His experiences led him to be a believer in change, becoming a public speaker, author, and journalist. The leading black spokesman for over 50 years, his reputation as a human rights leader in the 19th century continued to grow, and the eloquence with which he described adverse mechanisms used against people of the lesser catapulted him to the forefront abolition movement, becoming the first Black individual to be held in high rank inside the United States Government. 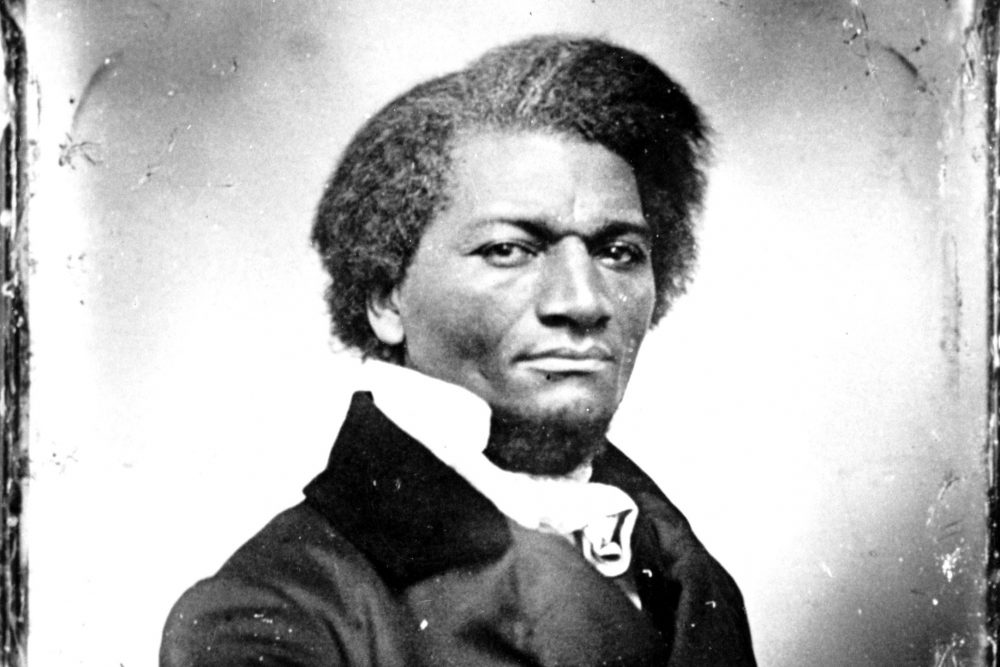 Many contemporaries countered his beliefs; and skepticism grew as people doubted such an articulate activist and spokesperson could have  ever once been a slave. It shattered the stereotypical notion that any slaves would be illiterate, thus keeping them from becoming intellectual. This compelled Douglas to write his autobiography in 1845—finished in 1882—called the “Life and Times of Frederick Douglass.” People were astonished by the informative and persuasive speech he had written, and it drew many individuals, even those not of African Descent, to stand alongside Douglas and many others against any adversity African Americans had to face in America.

He was also well known for his antislavery newspaper: “The North Star”. Written with a clear purpose and message, it indicated the heavy toll slavery had on black descendants, who were considered the “lesser people”. It changed the minds of many, such as Helen Pitts (a white woman) who later became his wife, and stood by his every belief regarding how the revolution should be constructed. To this day, we honor Frederick Douglas and how he changed democracy through calls for revolution, to reform a nation that is backward in what its core beliefs are as “America: Home of Free and Brave.” 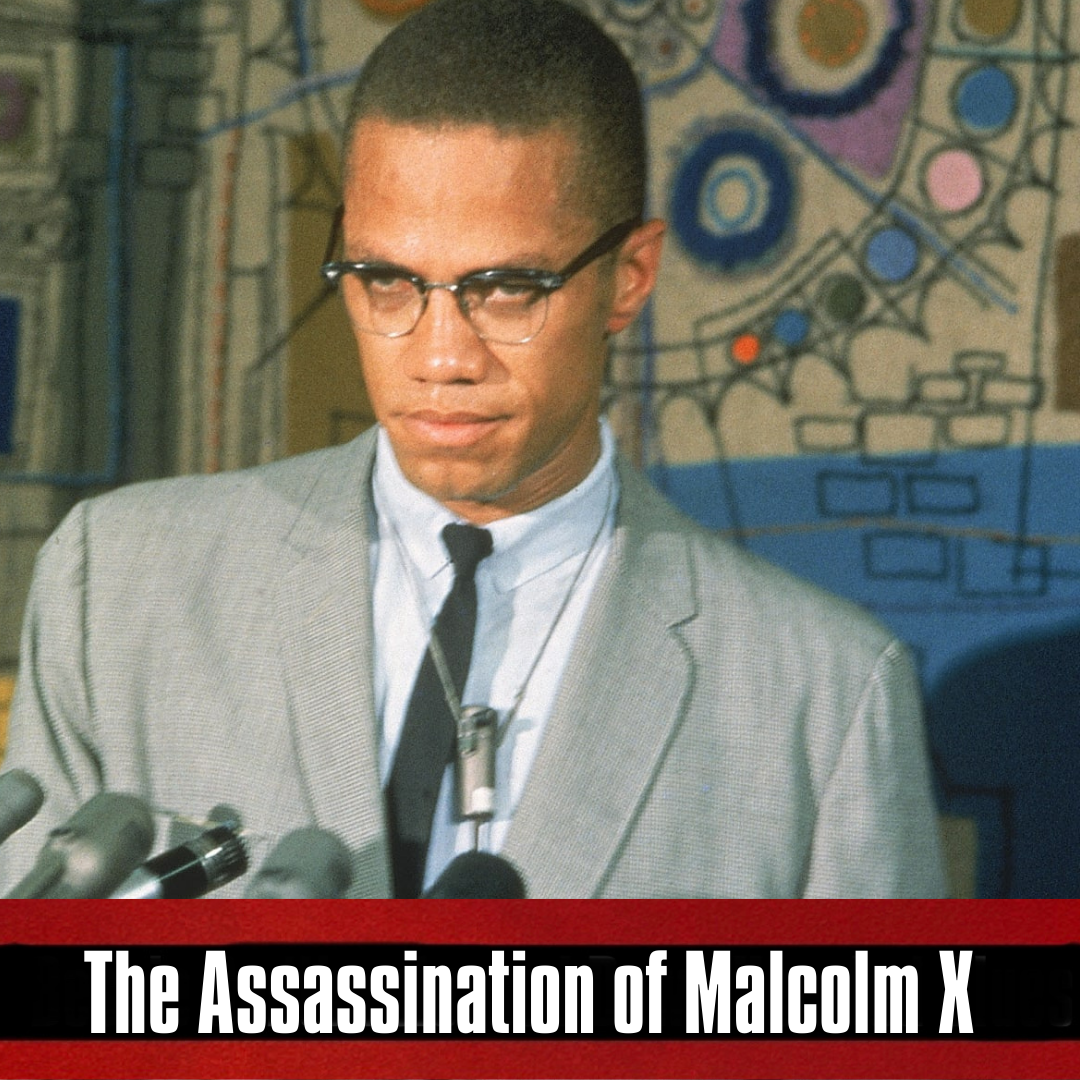 56 years ago today, on February 21st 1965, Malcolm X was assassinated. Known for his ministry work and political activism, Malcolm acted and spoke towards revolutionizing a nation. From his instincts for justice, rooted in Islam; Malcolm began to realize that only actions spoke against injustice and terrorism to the people.

Born Malcolm Little, he was initially raised by his mother, Louise Little, and father, Reverend Earl Little. However, after his father was run over by a car—likely an intentional murder by white supremacists—when Malcolm was six years old, his family was thrust into abject poverty, and eventually his mother was committed to an insane asylum and Malcolm and his siblings were taken into foster care. Despite such a difficult background, Malcolm proved that he could succeed after he excelled in his classes throughout grade school to middle school. He lost interest after his 8th-grade teacher suggested he should be a carpenter instead of becoming a lawyer; his longtime dream. Such an experience convinced Malcolm X that being seen as a young black man made it inherently difficult to gain entitlement, and it spurred Malcolm to move out of town to live with his half-sister Ella. Malcolm turned to various petty crimes, and was eventually incarcerated in 1948. In this environment that surrounded Malcolm, he experienced adversity and criminal activities, and learned that to survive, one must protect himself from what's been brought upon him. 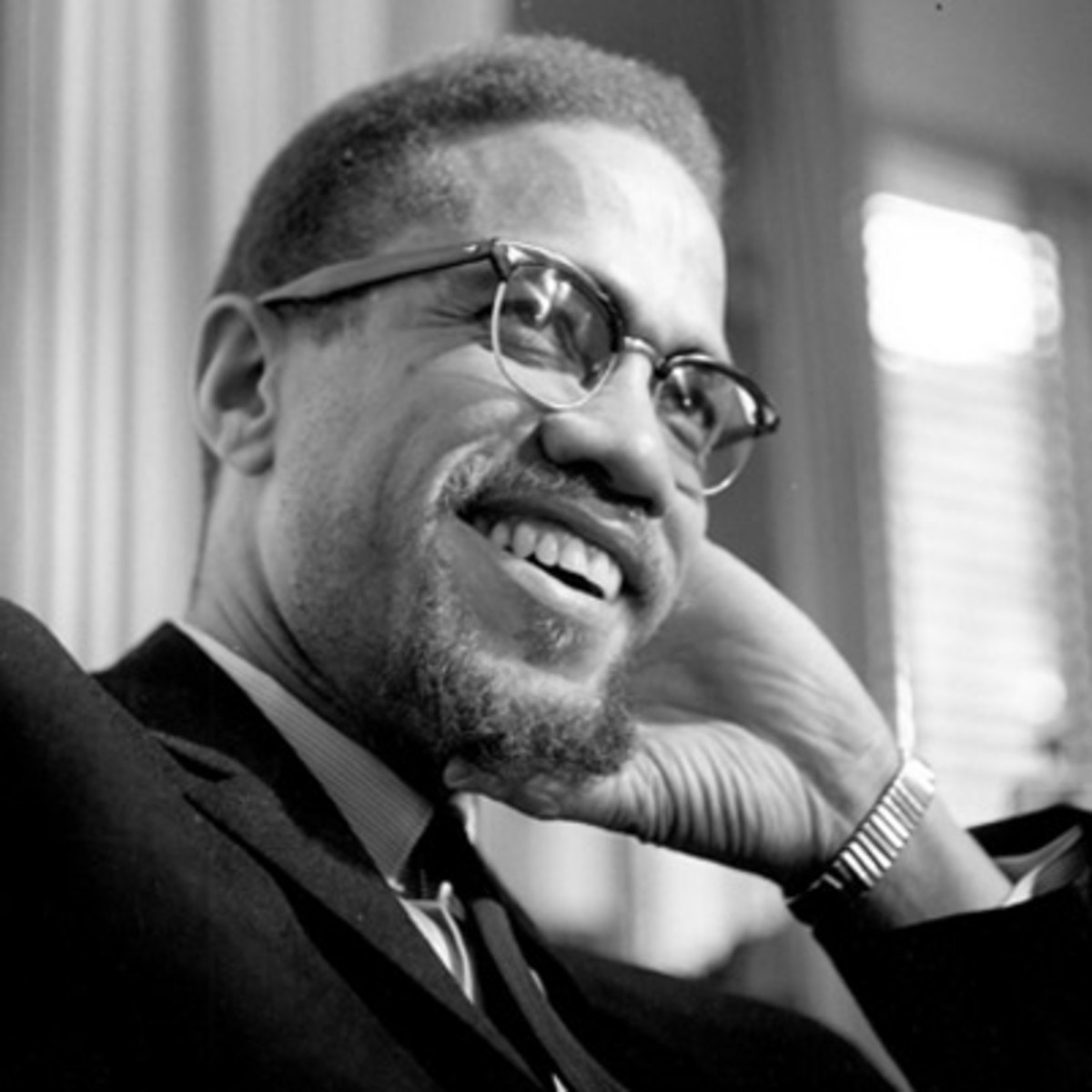 Though his convictions led him to a prison in the Norfolk Colony, Malcolm then was influenced to learn the system after the prison incarcerated his brother Reginald. From there, he converted to Islam, and followed his Islamic traditions, such as restricted himself from any pork. He spent countless hours reading books and the dictionary to pinpoint his focus on a real revolution. To further evolve his forensic skills, he took part in debate classes and honed his point of views, giving him both the will and the capability to speak, and he focused bringing leadership and a prominent role figure to the eyes of the black community.

Although Malcolm X was assassinated by members of the Nation of Islam in what was thought to be the result of an ideological schism, new research and evidence suggests that the original assassins were falsely convicted, and that in fact Malcolm X’s murder was likely part of a conspiracy between the FBI and the NYPD. Malcolm was named as the “Messiah” figure in the FBIs infamous COINTELPRO (counterintelligence program) mandate, a figure whose personal magnitude could “unify and electrify the militant black national movement”. 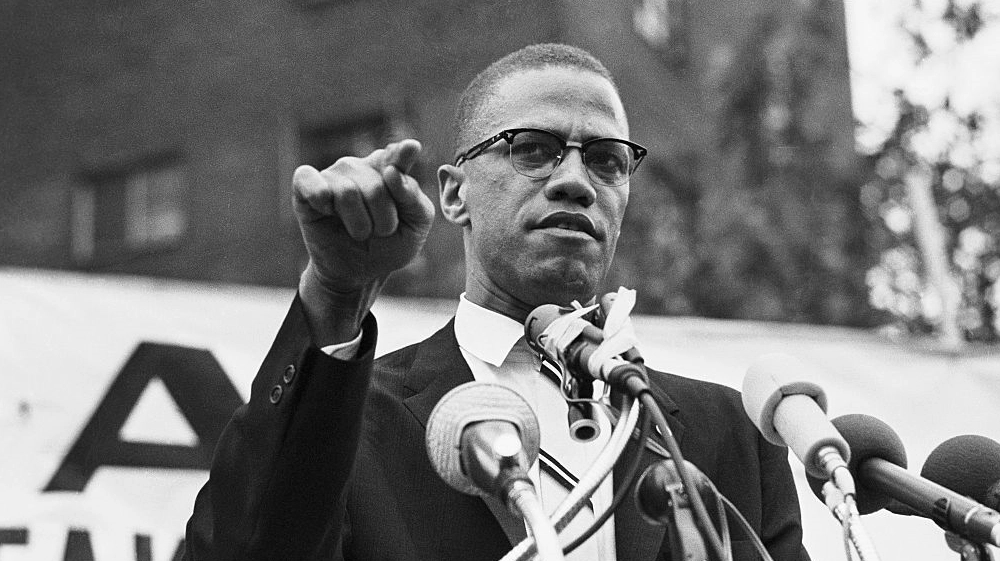 Malcolm’s goal was to exploit the pride we had against a complex country of White America, and he would always urge his brothers to protect themselves against the white aggression that frequently happened. Malcolm’s willpower shined a light on many individuals, as he took part in bringing a good majority of the Islamic Nation to supporting Black Nationalism, for amplifying unity no matter the expanding diversity. He looked up to Martin Luther King Jr, who denoted a peaceful acquisition of justice in contrast to Malcolm X’s more aggressive tactics. Today we remember the legacy of el-Hajj Malik el-Shabbazz (Malcolm X’s adopted Muslim name), and his constant struggle for justice against seemingly insurmountable odds.