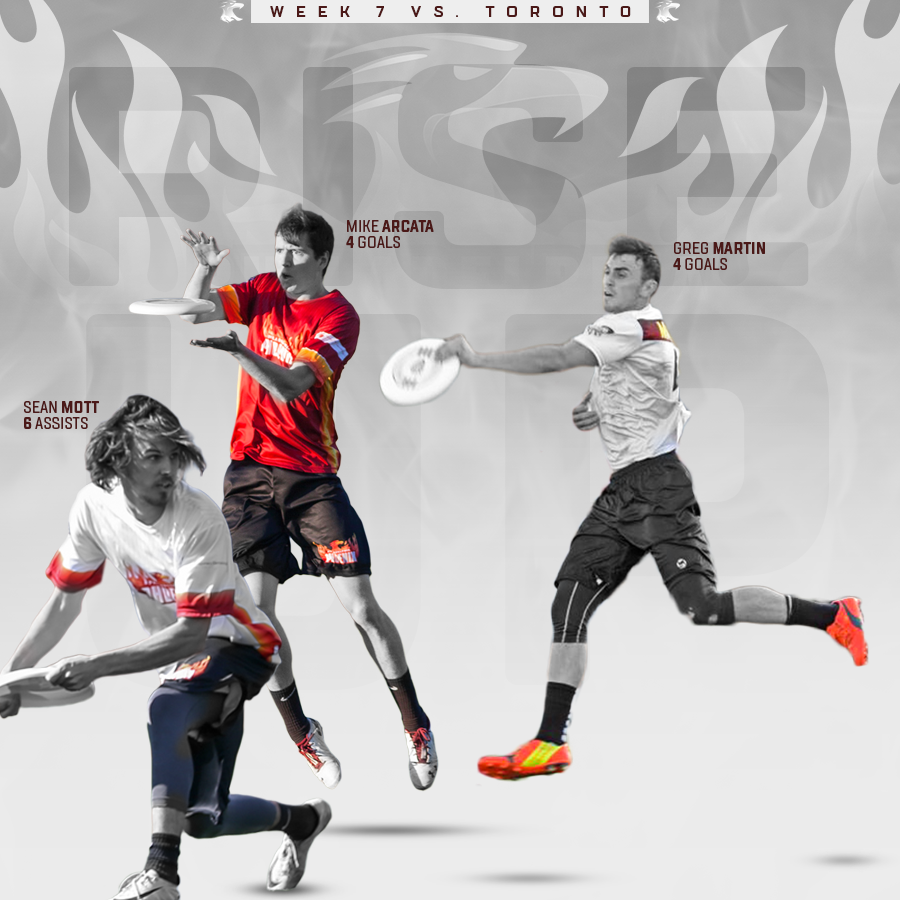 PHILADELPHIA, PA - The Philadelphia Phoenix defeated the Toronto Rush for the first time in team history in an AUDL East Division matchup at A.A. Garthwaite Stadium last Sunday afternoon. Sean Mott had a goal, with a season-high six assists, and both Mike Arcata and Greg Martin scored four goals each to help the Phoenix claim an 18-16 victory.

The Phoenix took an early two-goal lead midway through the first quarter and held that lead until the Rush tied the game at 16-16 with just under four minutes left on the clock. Philadelphia took a one-point lead after handler Stu Hean found Himalaya Mehta for a late upwinder to set the stage for a dramatic conclusion.

With under a minute left in regulation, and the Phoenix holding the scant 17-16 lead, Marc Sands delivered a diving block on an inside-out flick attempt by the Rush’s Akifumi Muraoka, turning the disc over to the Phoenix. Philadelphia proceeded to run the clock down until Arcata found Peter Burt, who scored the final point as time expired.

The Phoenix notched their second consecutive victory at home, improving their record to 2-2, while the Rush dropped their second straight game to fall to 3-2. After this monumental win, the Phoenix have shot at the playoffs if they continue to play their cards right.

The Phoenix host the Montreal Royal on Saturday, May 25. Tickets and fan packs are available here.