It’s finally starting to feel real, and yeah, after nearly two full years of waiting, it absolutely will be spectacular. The next AUDL season, long an uncertainty that we’ve been waiting nearly 21 months for, is now just 52 days away.

If you haven’t already done it, get your calendars out!

On Monday, the league unveiled its 2021 schedule, with plans for 114 regular season games over 12 weeks from June 4 to August 22, followed by seven playoff experiences over the following three weekends, all culminating with the title tilt under the lights in Washington D.C. slated for September 11. Many teams have already begun practicing, all with the dream of competing for that championship on one of the last summer Saturdays before the leaves turn. The journey to that eventual destination, once an abstract idea, is now a distinct path, as each franchise can begin to honestly visualize its road to success.

There’s no question that it’s gonna be a difficult grind, with a dozen games jammed into as many weeks, including a total of 35 doubleheader weekends (defined as a team having multiple games on the same weekend). These twin-bills are almost always Friday/Saturday or Saturday/Sunday struggles, exhausting back-to-back battles that create circumstantial hurdles in a season where fatigue and conditioning could be even bigger factors than they have been in the past. 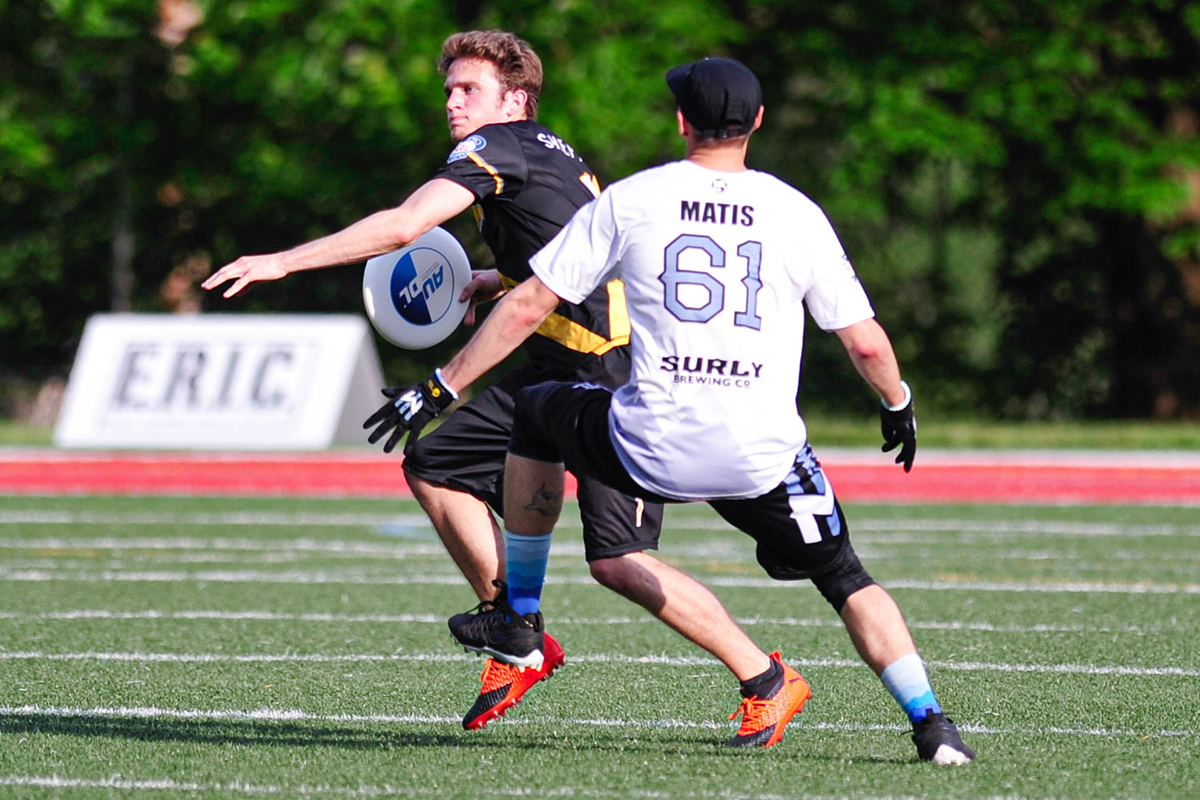 Another dozen teams have a pair of doubleheader weekends throughout the summer, though perhaps the couple corresponding byes will be important and timely. Conversely, defending champion New York Empire is the only franchise that has zero weeks off, eschewing doubleheaders for the privilege/burden of having just one contest each weekend for 12 straight weeks without a breather.

One quirk of the 2021 schedule is the rise of Friday night ultimate. Currently, there are multiple games on 11 of the 12 Friday evenings, with the third Friday in June featuring five different matchups, more than any other Friday I can ever recall. Among other minutiae, there are a season-low seven games slated for Week 5 (July 2-4), but there will be at least eight games in every other week. And get ready to begin this quest with a bang! The busiest slate of the season actually arrives on opening weekend, a 12-game barrage with every single team in action and five franchises playing two games apiece. 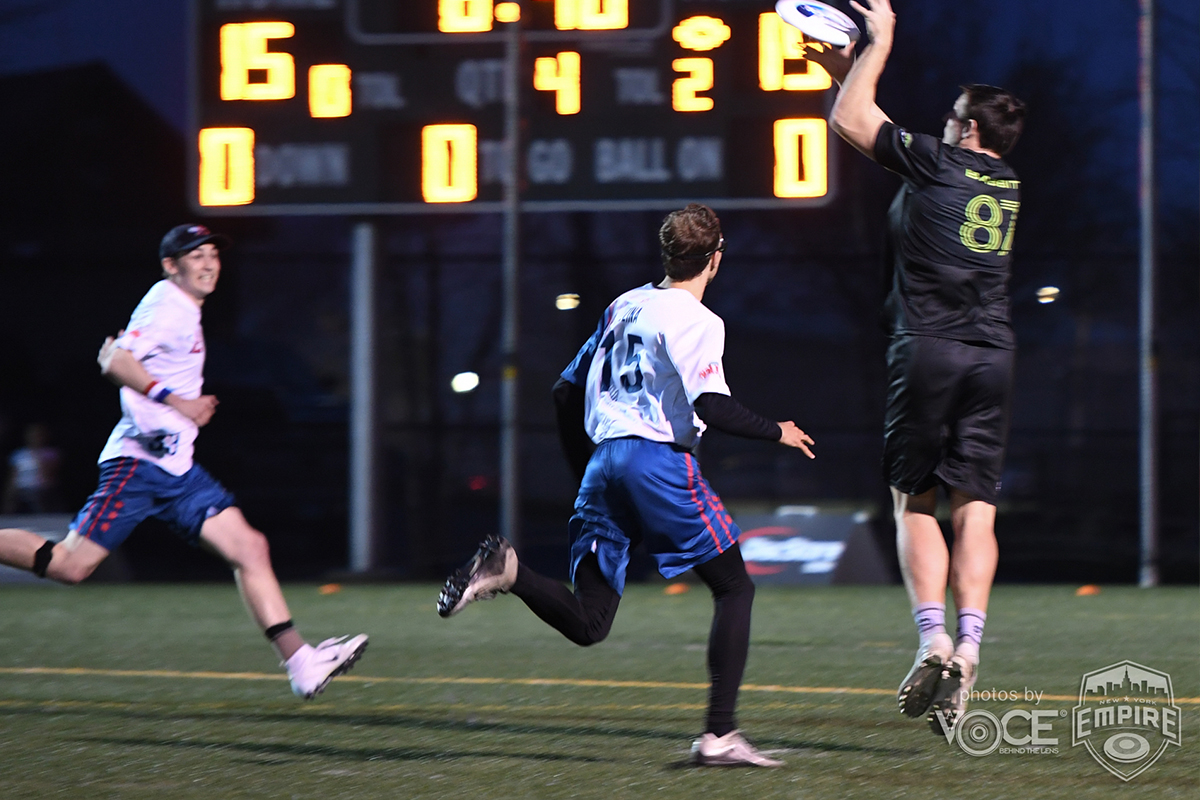 For a deeper dive into the breakdown of the schedule, here’s an eagle-eyed view of the layout:

If you’re doing the math, that’s 114 games, six at home and six on the road for the 19 teams located in the United States. (Our three Canadian clubs, Montreal Royal, Ottawa Outlaws, and Toronto Rush, will embark on their own competitive tussle starting in July. We’ll miss ya, MontreOttaRonto, and we eagerly await your return to the league-wide story in 2022. I’ll be dreaming of my next plate of poutine every night between now and then.)

The other noteworthy dynamic of the 2021 schedule is the reality that, unlike the Central and West Divisions, the (super) Atlantic’s 12-game marathon is not competitively balanced. Technically, neither is the West’s, but the geographic rivalries in the new West Division make it quite sensible for each team to play their primary travel partner—Dallas & Austin, LA & San Diego, San Jose & Seattle—four times apiece, while playing the other four teams twice, once at home and one on the road. In the five-team Midwest, each team plays the other four three times apiece, a relatively simple and easy arrangement.

In the expanded Atlantic, however, the eight-team battle royale—sadly, without the Royal—consists of each team having five opponents that they play twice, once at home and once on the road, and two franchises that they will only see once. Without knowing for sure how good everyone’s gonna be after nearly two years without competition, it’s tough to categorically state who got lucky in terms of who they only have to face one. But you don’t need to be a postgraduate seeking your Masters in ultimate to predict that New York and Raleigh both should be pretty good again. Boston, DC, Pittsburgh, and Tampa all have to face the Empire and Flyers twice apiece, while Atlanta and Philly only have three total games against the presumptive top two. The Hustle will not travel to New York, and the Phoenix get everyone but Raleigh at home. Oh, and the Flyers and Empire, who gave us the game of the year when their then-interdivisional classic went to double OT in 2019, are only scheduled to see each other once in the 2021 regular season, an early August affair in the Big Apple.

Here’s the team-by-team breakdown of who each team only has to play once in the Atlantic:

The minor competitive advantages or disadvantages are what they are, but it’s safe to say no one has it easy. And certainly, the third place teams in the Central and West—divisions where only the top two will advance to the postseason—will not have a shred of sympathy for whoever comes in fifth or sixth in the Atlantic, where the top four will qualify for the playoffs and consequently be just one win away from Championship Weekend after the regular season concludes.

The last tantalizing aspect of the 2021 schedule release today is the newness of everything, especially in the Atlantic. This hit me on Monday afternoon while scrolling through Instagram and seeing the Atlanta Hustle’s graphic hyping their six home games. The slate begins with the familiar Flyers, but then features four straight home games against franchises that the Hustle have never played before. That freshness has to feel super cool for both the players and fans to get these new opponents coming into their home stadium for the first time. 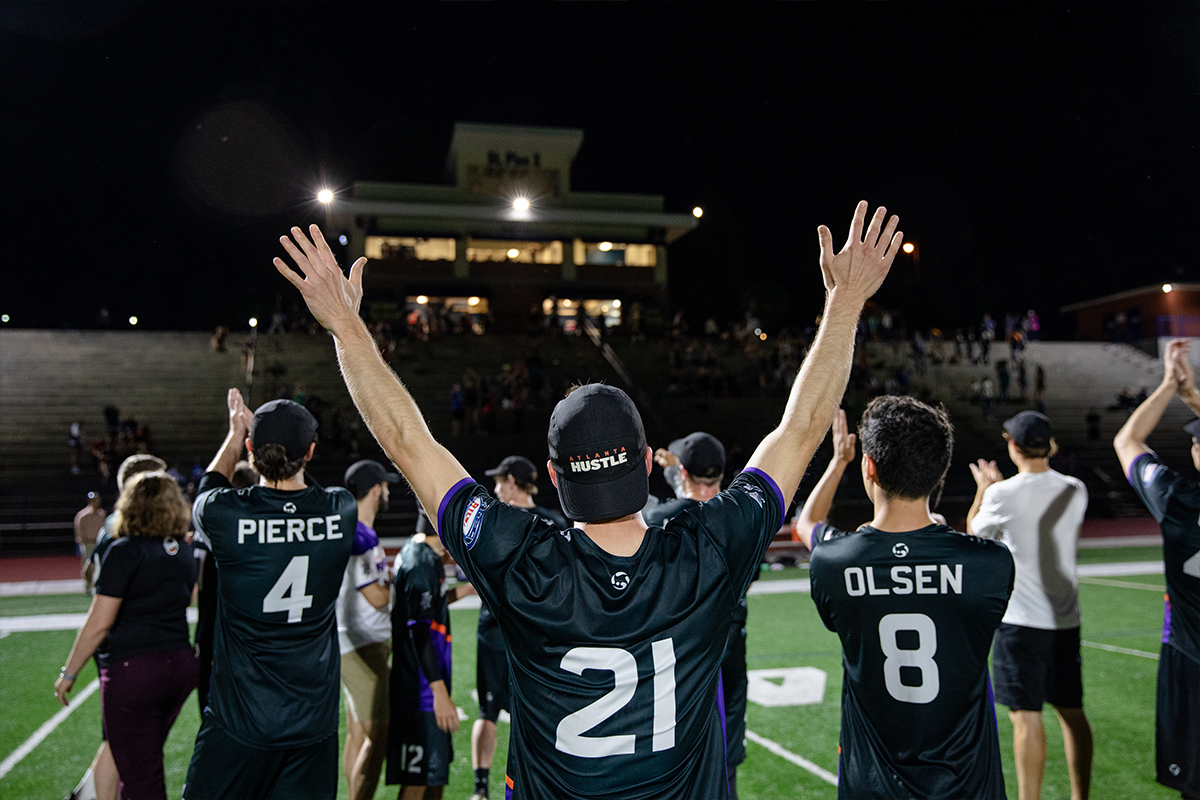 That feeling should linger throughout the entire season, with unprecedented matchups ready to debut alongside several old-time rivalries that are desperate to be rekindled. Who’s curious to see what the expansion Boston Glory will show against Pittsburgh in the Steel City in Week 1? Can I interest you in another potential OT classic between DC and Raleigh in Week 2? How about Dallas’ first ever jaunt to the west coast in Week 4 or a Seattle trek through Texas in Week 5? The AUDL’s first Boston-New York tussle will highlight Week 7, and Week 8 brings the gift of San Diego’s doubleheader safari through the Lone Star State, a weekend the Growlers have been thirsting for since the 2019 final four.

There’s only one contest currently scheduled for the final day of the regular season on Sunday, August 22, but that could very well be the de facto first playoff game, with Madison and Minnesota each needing a victory to keep their season alive. Long before that bookending battle, though, the Radicals and Wind Chill will also clash on Friday, June 4, as the AUDL returns following a 663 day absence, with Madison and Minnesota each trying to set the tone for the 12-game odyssey that will arrive, unfold, and end all too quickly.

If only the 52 days between now and opening night could fly by that fast.

Seven on the Line