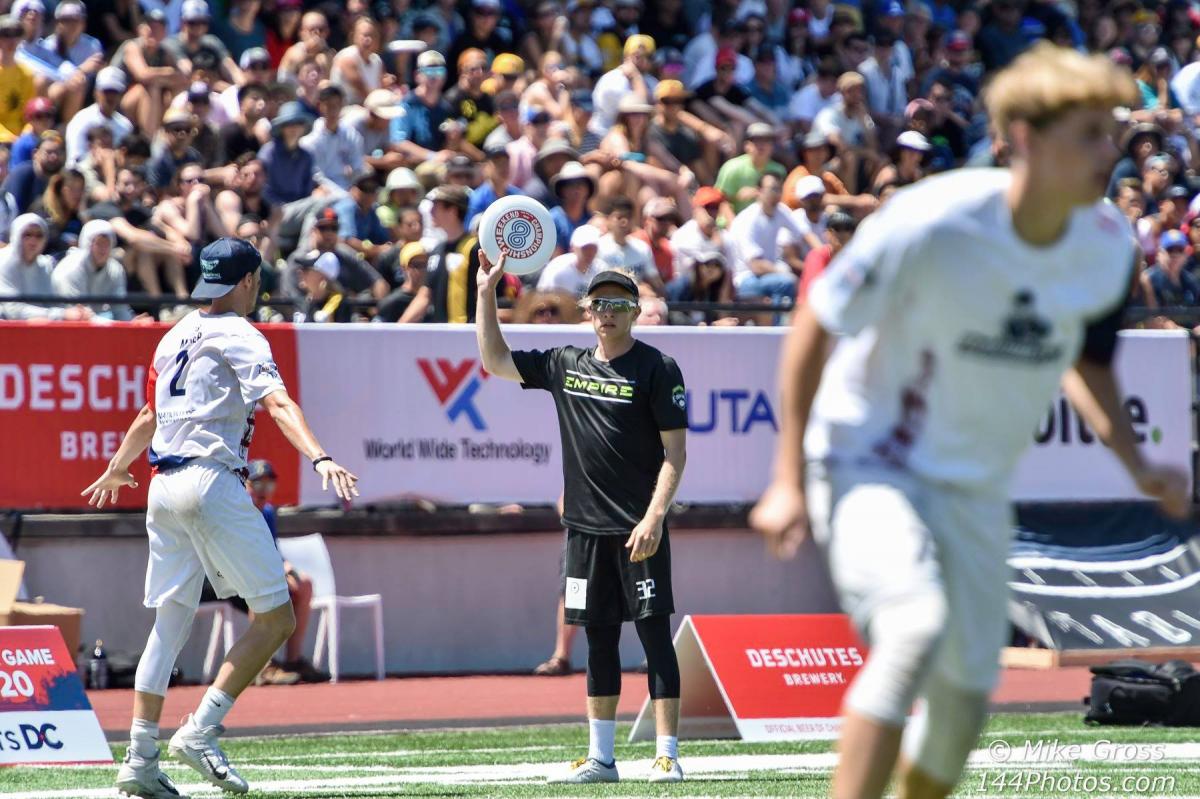 With the 2020 AUDL season on hold, new television partner Fox Sports has chosen to re-air many of the league’s classic games from years past, beginning with last August’s championship battle between the Dallas Roughnecks and the New York Empire. Here’s what I most remember about the build-up and aftermath from last year’s title showdown.

All season long, New York had been considered the favorite, and deservingly so. Perhaps that made it even more shocking when in my Friday Forecast podcast on the eve of Championship Weekend, I predicted Dallas would knock off New York to take the title. 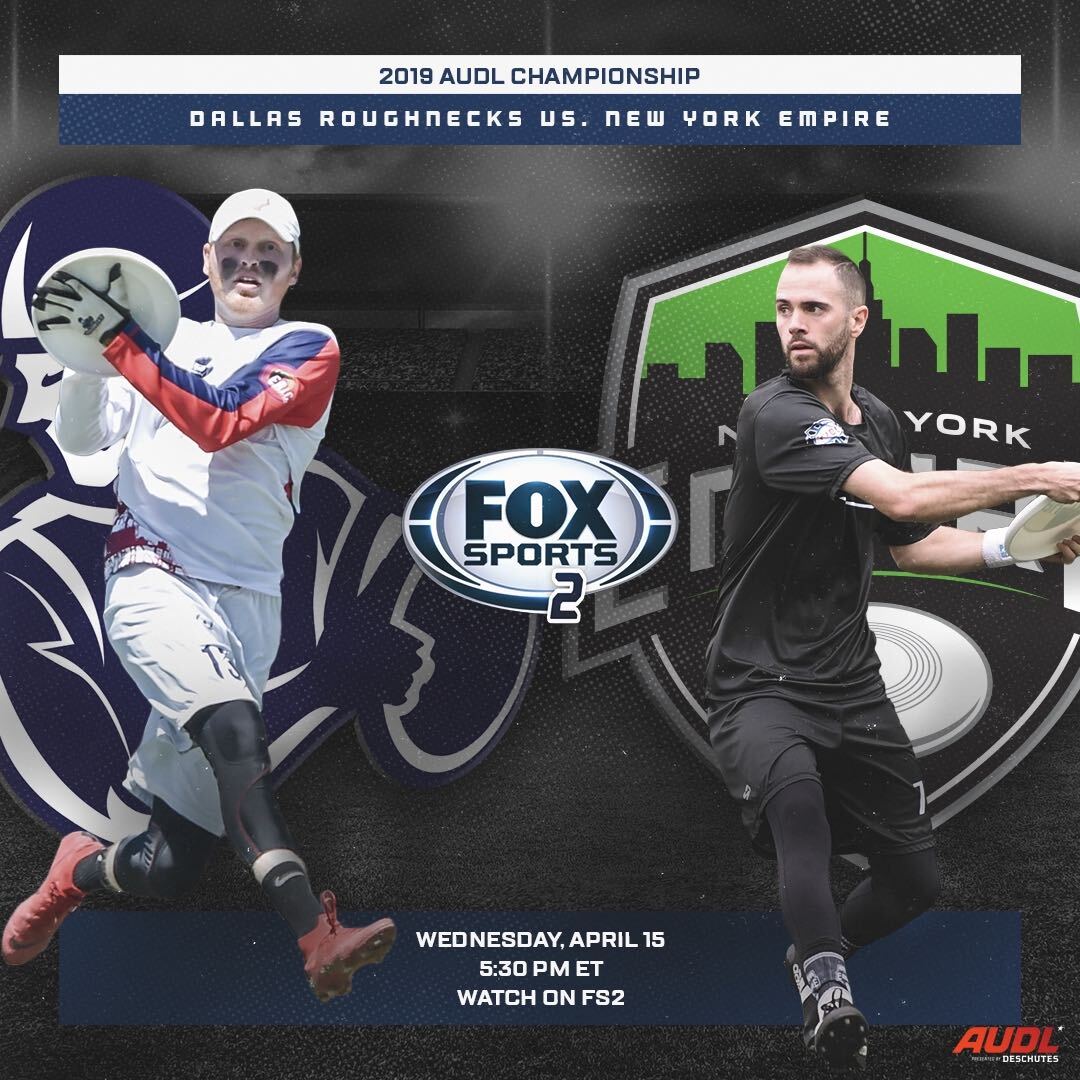 The next morning, my phone buzzed with a text from Empire Head Coach Bryan Jones, whom I had worked with on AUDL and World Championship broadcasts many times in the four years prior and still consider a friend. Clearly, he had just finished listening to the pod.

At that point on Saturday morning, of course, both the Empire and Roughnecks still had work to do, critical steps in the journey that were made later that day when Indianapolis and San Diego, respectively, were dispatched in the semifinals. This set the stage for the highly anticipated Sunday matinee that genuinely, from my perspective, felt virtually dead even on paper. Maybe New York had slightly more top-level firepower, but Dallas, I believed, had a bit more depth. And even though the Empire had the greatest champion in the history of the league, the Roughnecks were actually the team with more championship experience overall, dating back to their title in 2016. 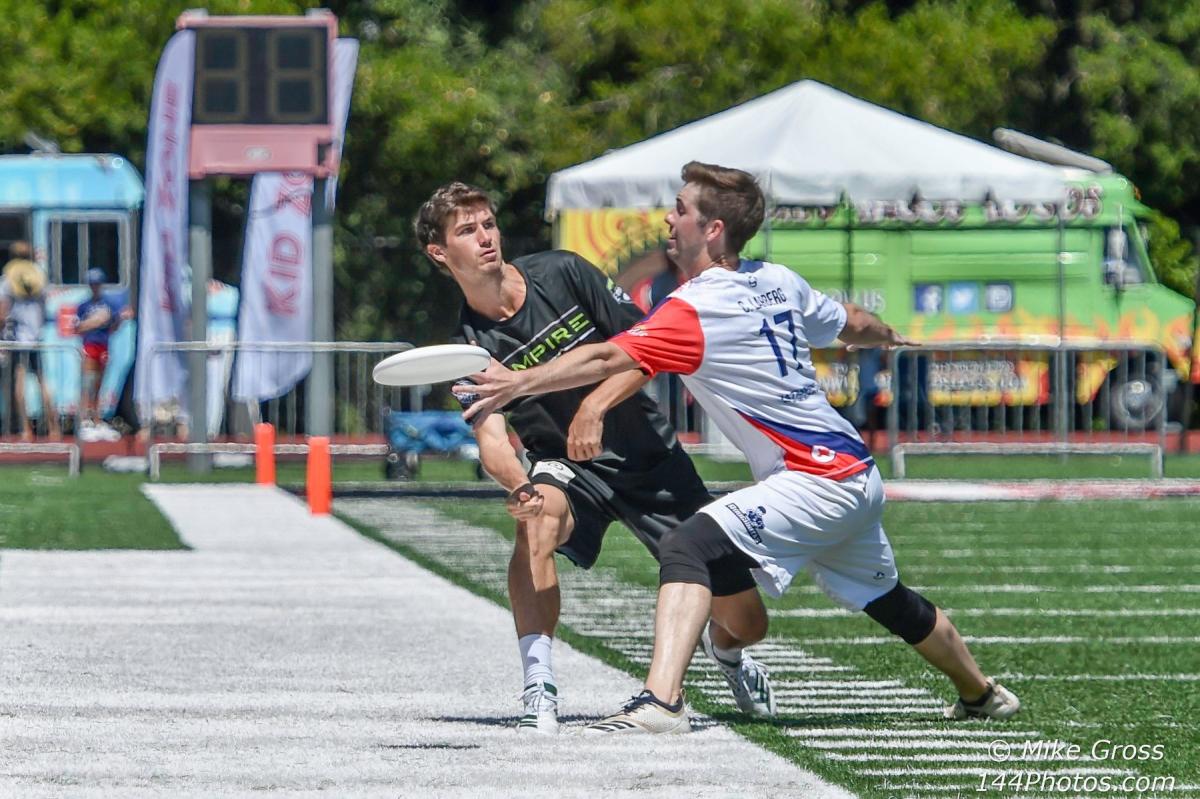 Certainly, I didn’t feel super confident about my pregame pick, and it was definitely influenced by Dallas’ virtuoso performance in the South Division title game in Raleigh, a dominant display that I witnessed firsthand a couple weeks prior. The Roughnecks had managed just an 8-4 regular season record, but they absolutely looked like a different juggernaut in the postseason following a few lineup tweaks that seemed to unleash their full potential. Reinvigorated by the adjustments and bolstered by the continued development of youthful phenoms like Henry Furuta, Connor Olson, and Zach Marbach, the Roughnecks felt very much like a team that could end the Empire’s undefeated season in the finals.

Meanwhile, New York entered Championship Sunday with a 14-0 record, but very few dominant performances. All but one of their victories throughout the season came by five goals or fewer, including a pair of double overtime triumphs that easily could have gone the other way. Members of the organization have since acknowledged that they struggled to find their stride throughout the season, despite the obvious and seemingly overwhelming abundance of talent on the roster.

Remember, while the Empire franchise had been to Championship Weekend back in 2013 and 2014, they were jettisoned by Toronto in the semifinals without much resistance each of those years. Heading into the 2018 playoffs, New York had never before been considered as the top team in the East Division at any point in its history. That’s why their 2018 triumph in Toronto in the East finals was so spectacularly stunning, as the Empire beat the Rush for the first time in 18 tries. At the time, it felt a tad fluky, but it also became a landmark moment, elevating New York into a different tier in the AUDL hierarchy. That win over the Rush, Beau Kittredge pointed out in our recent Q&A, gave the Empire a different brand of belief and confidence heading into 2019. And yet, that 2018 Empire team had its lofty championship ambitions stifled in the semifinals against Dallas, the same squad that would stand in the way of a perfect season a year later in San Jose.

My first takeaways from the 2019 title clash were pretty basic: both teams played crazy bleeping hard. This shouldn’t be a huge surprise, obviously, as it was a championship game with a substantial payoff hanging in the balance for the winner, not to mention the legacy implications that are always at stake in these seasonal culminations. Both teams entered with intelligent game plans, copious confidence, and laser focus. And as the afternoon transpired, informed spectators gradually began realizing that this battle could enter the conversation as one of the best games in the history of the league. As New York’s veteran cutter and current General Manager Matt Stevens posted on Facebook yesterday, “I’ve seen hundreds of games in this league and I believe this is the highest quality ultimate of any of them.” 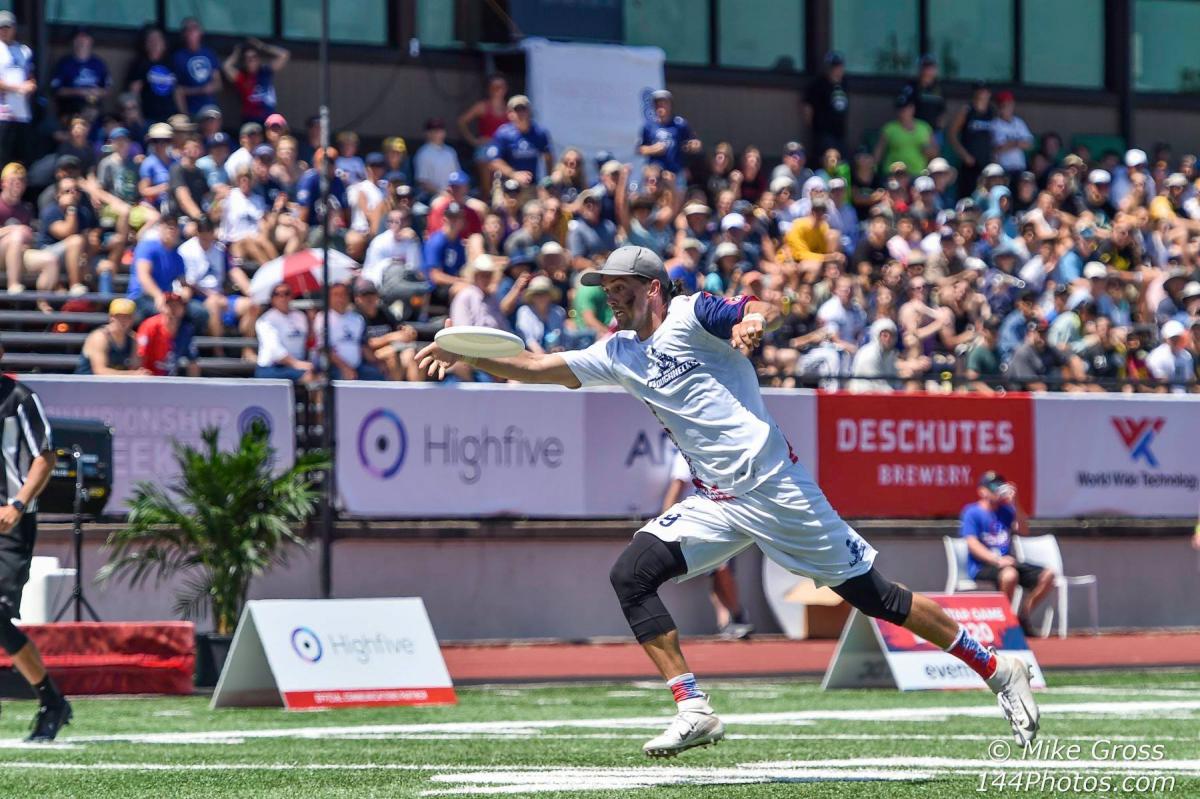 One quick glance at the stats might make you think that neither team had much success defensively, as no individual recorded multiple blocks and only 10 of the 40 active players registered one. But this snapshot yields a very misleading perspective, as both teams’ D-lines consistently made life excruciatingly tough on their opponent. More often than not, it required either tremendous patience, outrageous playmaking, or both for the offense to ultimately deliver. Ben Jagt and Grant Lindsley were particularly excellent for New York’s O-line, while Dalton Smith and Carson Wilder were practically pristine with the disc for Dallas, helping the Roughnecks trade punches with the Empire’s heavyweights throughout the game.

It’s a silly and obvious assertion to state that the victor would be the team who registered more breaks. That’s true in virtually every game, of course. But what quickly became noteworthy about the Dallas-New York game was how one team’s D-line had more chances, yet far fewer conversions. This inefficiency became the easiest statistical explanation for the final result, though there were certainly more complex dynamics in play that led to the wide disparity in each team’s productivity when it came to capitalizing on opportunities.

Just like my first five AUDL Championships in the broadcast booth, this one was a privilege and a joy to call. The outcome remained in doubt until very late in the game, with unexpected heroes emerging in the critical moments. It was a highly competitive, dramatic, and meaningful final game, with implications that will ripple throughout the AUDL for years to come.

And if we can’t be presently waging new battles because of the peculiar and scary circumstances in our current universe, it feels right to open the the AUDL on Fox slate with this Dallas-New York tussle, a battle that produced a worthy champ and will unquestionably stand the test of time.