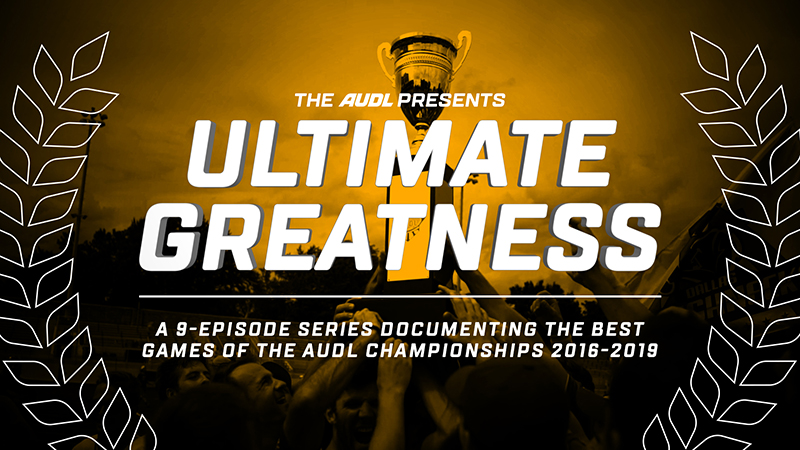 Following on the recent success of American Ultimate Disc League (AUDL) games in the US media market, the AUDL is announcing today that Mindspring Sport is representing the league in the distribution of our latest broadcast product to an international audience: Ultimate Greatness - The AUDL Championship Series. This new format provides a compelling historical series that brings a fresh, exciting action sport combined with a strong narrative to sports fans outside the United States.

The Championship Series is broken down into nine episodes, spanning AUDL Championship Weekend events from 2016-2019. Star players will provide commentary over each game, invoking their personal stories and memories from some of the league’s biggest, most important battles. Some of the stories are from the perspectives of the champions, but others detail falling just short of the ultimate prize. These new episodes are currently available to broadcasters and streamers located outside the United States.

The series includes remastered footage covering the last four seasons, featuring the most exciting games in league history. Full games have been remastered to 52 minutes of non-stop ultimate action. Teams from New York, Dallas, Los Angeles, Toronto, San Francisco, Seattle, and Madison vie to be crowned Champions of the AUDL.

Ultimate Greatness – The AUDL Championship Series is available with and without English commentary and with English voice guide.