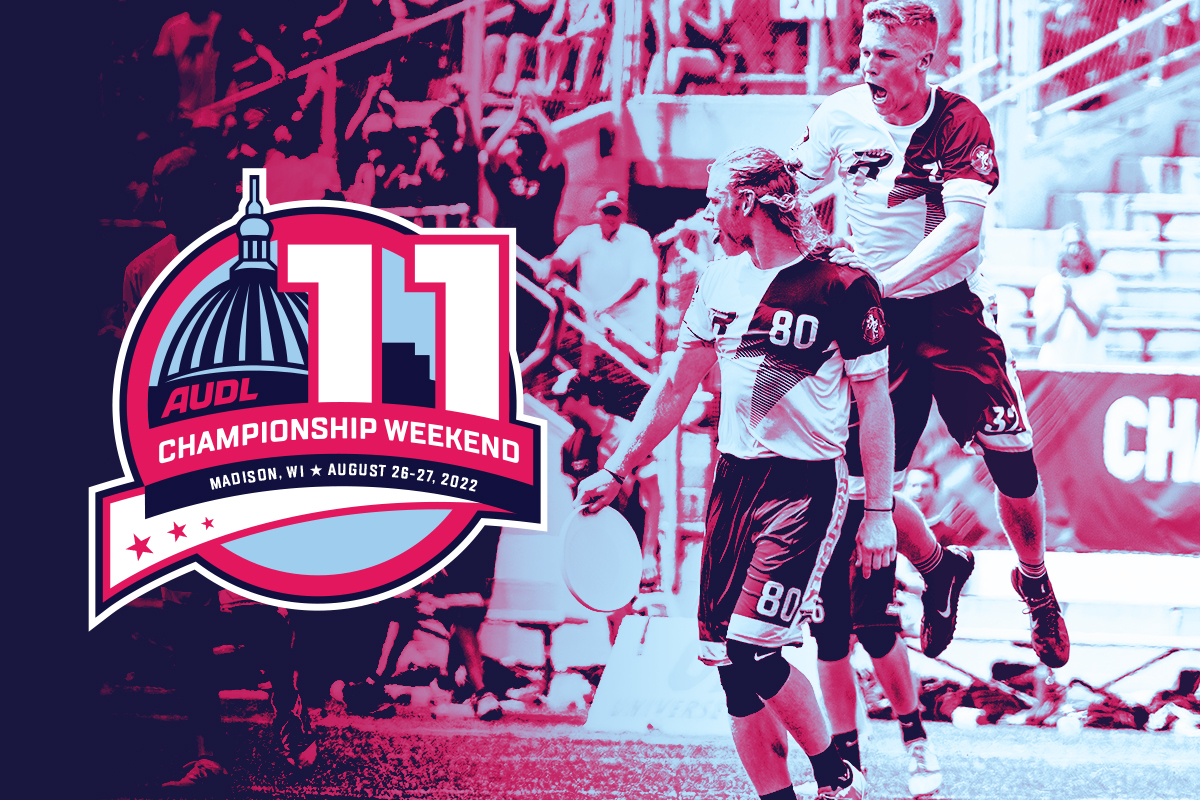 Tickets to Championship Weekend 11 are available for purchase through the AUDL store.

This season will mark the third time Madison has hosted the Championship Weekend event, following successful events in 2016 and 2018 that saw combined attendance of over 15,000 fans.

“Madison has a long history of supporting the growth of ultimate and we look forward to engaging new parts of the community in 2022,” said AUDL CEO and Commissioner Steve Hall. “Our goal is to make Championship Weekend a more dynamic experience for the fans and we are excited to showcase the upgrades at Breese Stevens Field.”

Home of the Madison Radicals, Breese Stevens Field has a 5,000-seat capacity and features covered seating, full concessions, field-level VIP suites, and a rooftop bar and patio. The Radicals have called Breese home since the team’s inception in 2013, and the team has consistently attracted one of the largest home crowds in the sport.

All three games of Championship Weekend 11 will air live on FS2. Additionally, the 2022 AUDL Championship Game will re-air on FS1.