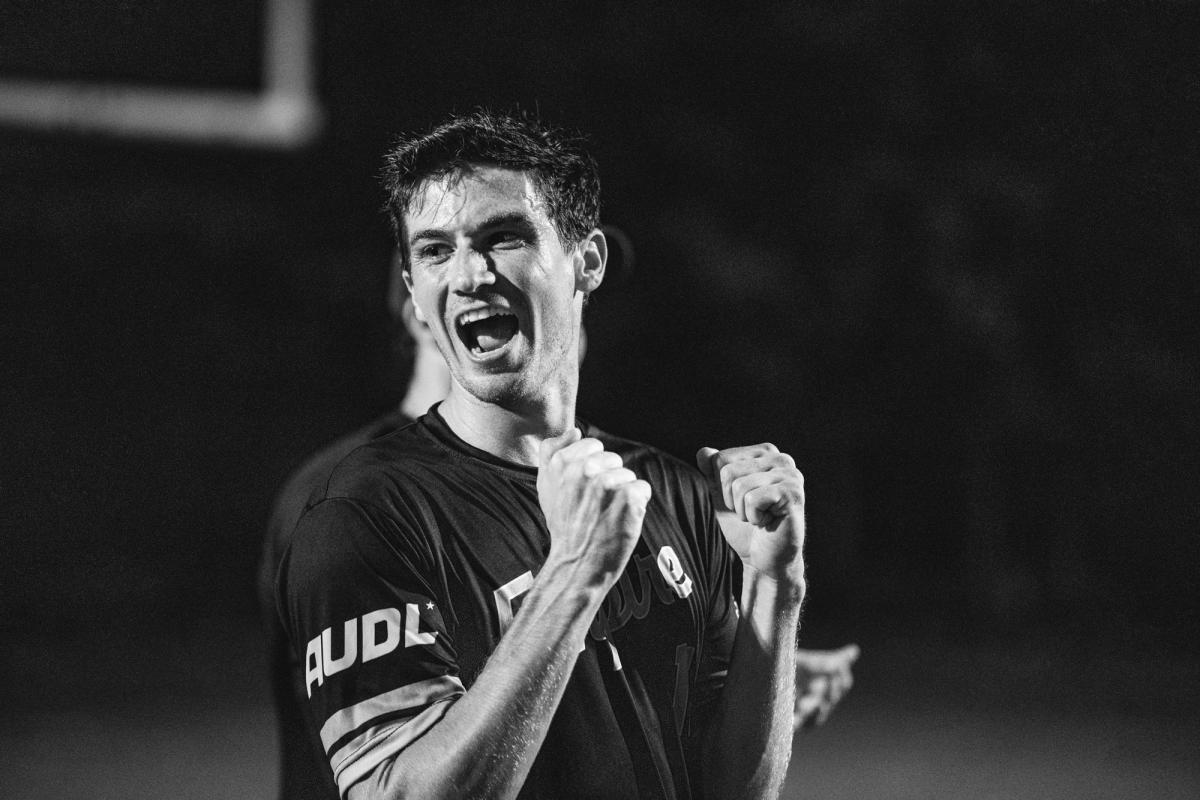 It became apparent very quickly on Saturday night that the Shred needed Joel Clutton on the field as much as possible. He’s been a monster on D all season long, but his emergence as an offensive playmaker willed Salt Lake back into the game against the Summit. By the end of the night, he had 318 receiving yards, more than double his highest output of the season. He finished with six scores, no turns, and 360 total yards, but those numbers barely measured the massive impact he made with his cuts, throws, skies, and overall presence.

Five assists, two goals, three blocks, and no turns amounted to a weekend-best plus-10, as Kyle Henke helped the Sol keep it close at Carolina. Evan Swiatek also had a huge game for Austin, but Henke’s highlights earned him the nod here, with nifty hammers, timely layouts, and nearly 500 total yards of offense culminating his season for the Sol. Although his team fell shy of its ultimate goal, Henke showed he could maintain his improved efficiency even under the stress of playoff pressure. In 13 games this year, Henke collected 29 goals, 43 assists, and 12 blocks, all while completing 97.5 percent of his throws. Undoubtedly, the 24-year-old, who’s been in the league since 2017, had the best year of his career.

Matt Jackson likes to say how he takes advantage of the fact that he’s usually guarded by the D-line’s seventh best defender, but that might just change after his dynamic display on Saturday against the Shred. One year after literally producing the fewest receiving yards in the entire league—negative 337 yards as Dallas’s primary reset over 10 games in 2021—Jackson churned for 332 positive yards downfield in Colorado’s first ever playoff contest, leading the Summit in that department for the first time all season. Furthermore, he produced multiple clutch skies, including a critical leaping block late in the third quarter when the Shred were looking to take their first lead, along with several pinpoint hucks to help Colorado win the West Division title in their inaugural campaign.

The individual stats may not matter to him, but Pawel Janas' performance throughout his Chicago career has surged the Union franchise to new heights. On Sunday afternoon, he completed 49-of-50 passes, while throwing six assists, catching one goal, and producing a team-high 420 yards as the Union advanced to their second straight Championship Weekend. He also became the league’s all-time assist king, surpassing the legendary Goose Helton with his 391st career assist on a fourth quarter hammer to Ross Barker. Perhaps even more importantly, he anchored the Union O-line on a day when Chicago’s offense was, collectively, very stingy with the disc, only yielding five break chances to Minnesota all game long.

Playing in his first game since getting hurt in warmups on May 14, Anders Juengst showed few if any signs of rust as the Flyers stormed ahead early and never trailed in their South Division title triumph over Austin. In fact, Juengst finished plus-nine, tying a career-high, as he continuously flummoxed whatever Sol defender was trying to slow him down. Overall, he tallied five goals and four assists, while completing all 22 of his throws. Jeungst’s return also enabled Carolina to shift Eric Taylor back to the D-line, where he orchestrated several significant counter-attacks that were key to the Flyers’ victory. I wonder if New York’s John Randolph might get the challenge of trying to slow down ‘Derz on Friday night in Madison. No sure who would ultimately win that matchup, other than us fans who’d get to watch it.

Far from a household name, the 21-year-old Nick Pappas initially joined the Union this season as a practice player, but at that first practice, Head Coach Dave Woods realized immediately that he belonged on the field. On Sunday against Minnesota, Pappas produced four tremendous blocks against the Wind Chill offense, and he was a step away from two or three others. With Jace Bruner, Tim Schoch, and Jason Vallee each recording two blocks apiece, Chicago registered 15 Ds as a team, the most the franchise has mustered in a game against someone other than Detroit since 2017.

For the second straight year, the New York Empire advanced to Championship Weekend on a lengthy buzzer-beating toss from their soft-spoken star. Often overshadowed by his MVP teammates, Jack Williams' overall performance against the Breeze only added evidence for his claim on being the top player in the world, considering his seemingly effortless ability to take control of the game whenever the team needed him on Saturday night against DC. He finished the evening with four assists, five hockey assists, two goals, one block, and another memorable walk-off shot, setting up a tantalizing semifinal showdown against his former team. There’s certainly no shortage of storylines as the Empire and Flyers prepare to battle yet again at Championship Weekend.