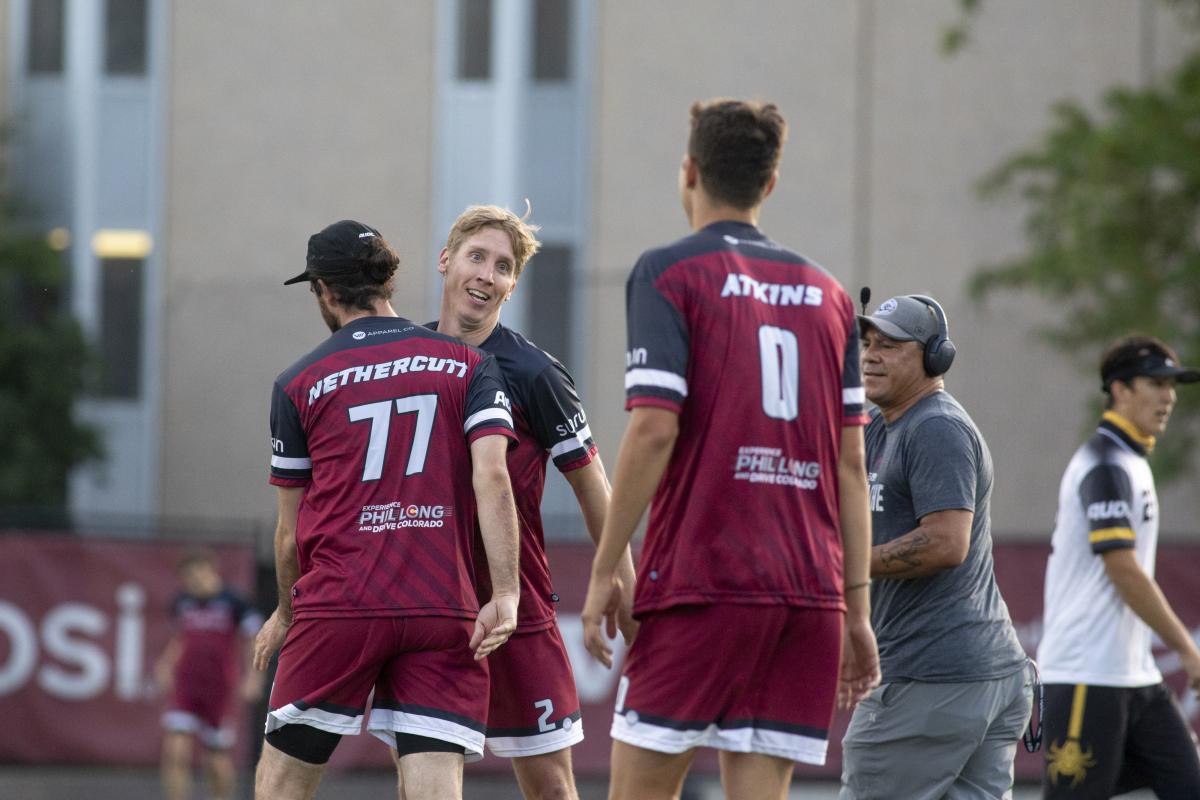 The San Diego Growlers dropped the first game of their road back-to-back last night in Salt Lake 23-18, which ended San Diego’s five-game winning streak in the process. Now the Growlers must salvage their weekend against an undefeated Colorado Summit team coming off their largest win of the season. 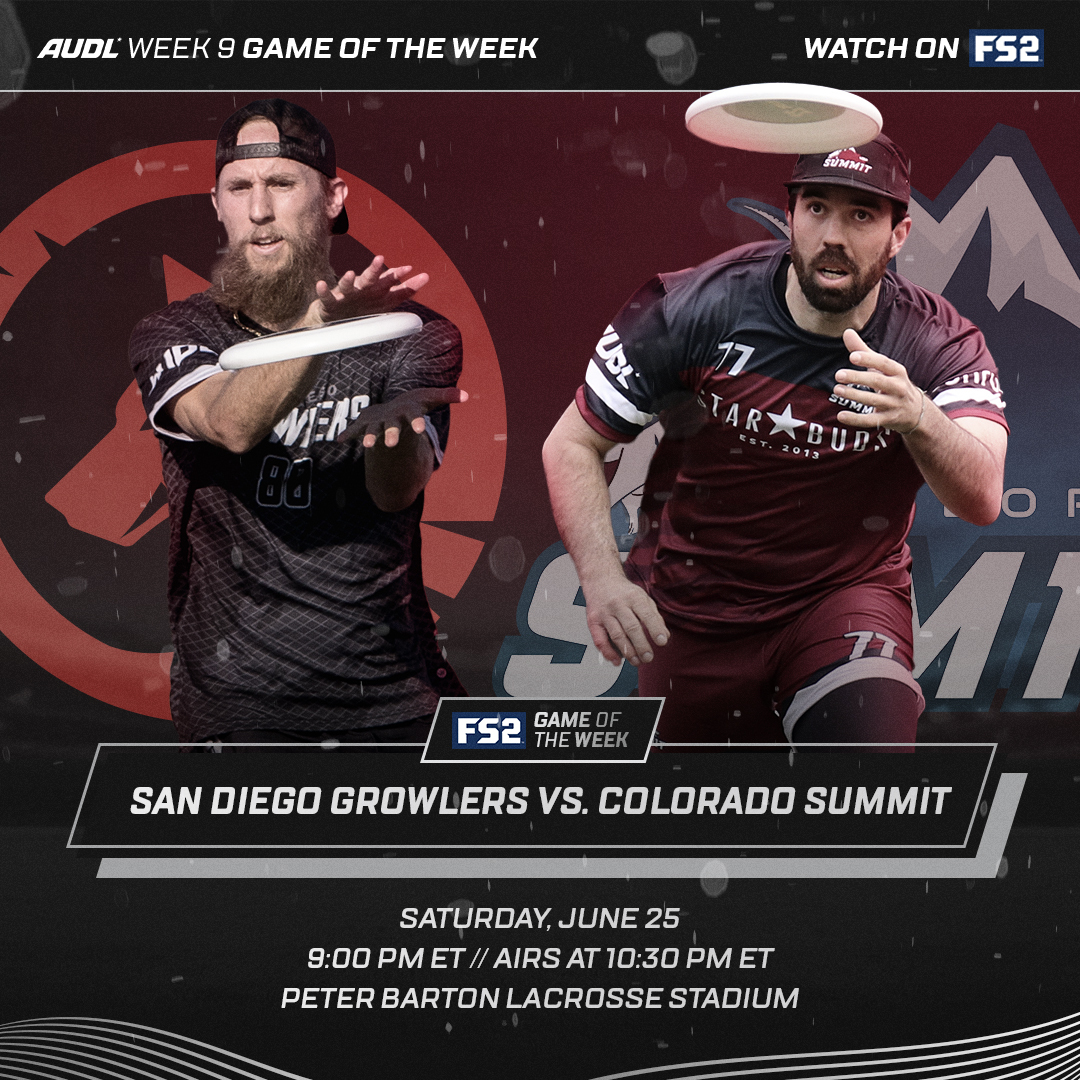 The Growlers entered Friday night with four straight games of 20 turnovers or fewer, balancing efficient, possession-based drives with pinpoint deep strikes. But the normally precise San Diego offense was plagued by uncharacteristic drops and miscues against the Shred, and committed 31 turnovers, which is the most turnovers by the Growlers since June 2018. The absence of Goose Helton and his throwing talents from the lineup was sorely felt by San Diego, as the Growlers struggled to just five huck completions against Joel Clutton and the Salt Lake defense. Paul Lally, Travis Dunn, Tim Okita, and the recently activated Will Turner were all big facilitators with the disc, but San Diego lacked its normally potent vertical attack, which constricted the Growlers offense and allowed the Shred to tighten their coverage.

Despite their offensive struggles, the Growlers were within two goals with under 10 minutes to play in regulation thanks to their consistent defensive pressure. San Diego finished the game with 10 blocks, the sixth straight game the team has registered at least 10 takeaways this season; the Growlers rank third overall in blocks per game (12.6), and have quietly moved into eighth in the league in opponent O-line efficiency, holding teams to a 50.7 percent conversion rate on offense. Second year defender Jordan Queckboerner had his third multi-block game of the year last night, and is now in the top 20 in the AUDL this season for blocks; veteran Tyler Bacon has five blocks in five games, including three against the Shred.

The takeaways were not enough to slow down the Salt Lake deep attack, however, as the Shred completed 13-of-17 huck throws in the game. San Diego ranks in the bottom half of the league in opponent huck completions per game (8.3) and opponent huck completion rate (65.2 percent), which could prove problematic against a Colorado team averaging the most huck completions in the league this season. Jonathan Nethercutt is (unsurprisingly) tied for the league lead in huck completions (20); Colorado as a team takes full advantage of playing at altitude, combining personnel, throwing skill, and a huck-first mindset for optimal effect; Nethercutt is the demiurge at the center of the action, but Jay Froude, Matt Jackson, Alex Atkins, Quinn Finer, and Thomas Brewster all play vital roles in the Summit’s game plan. 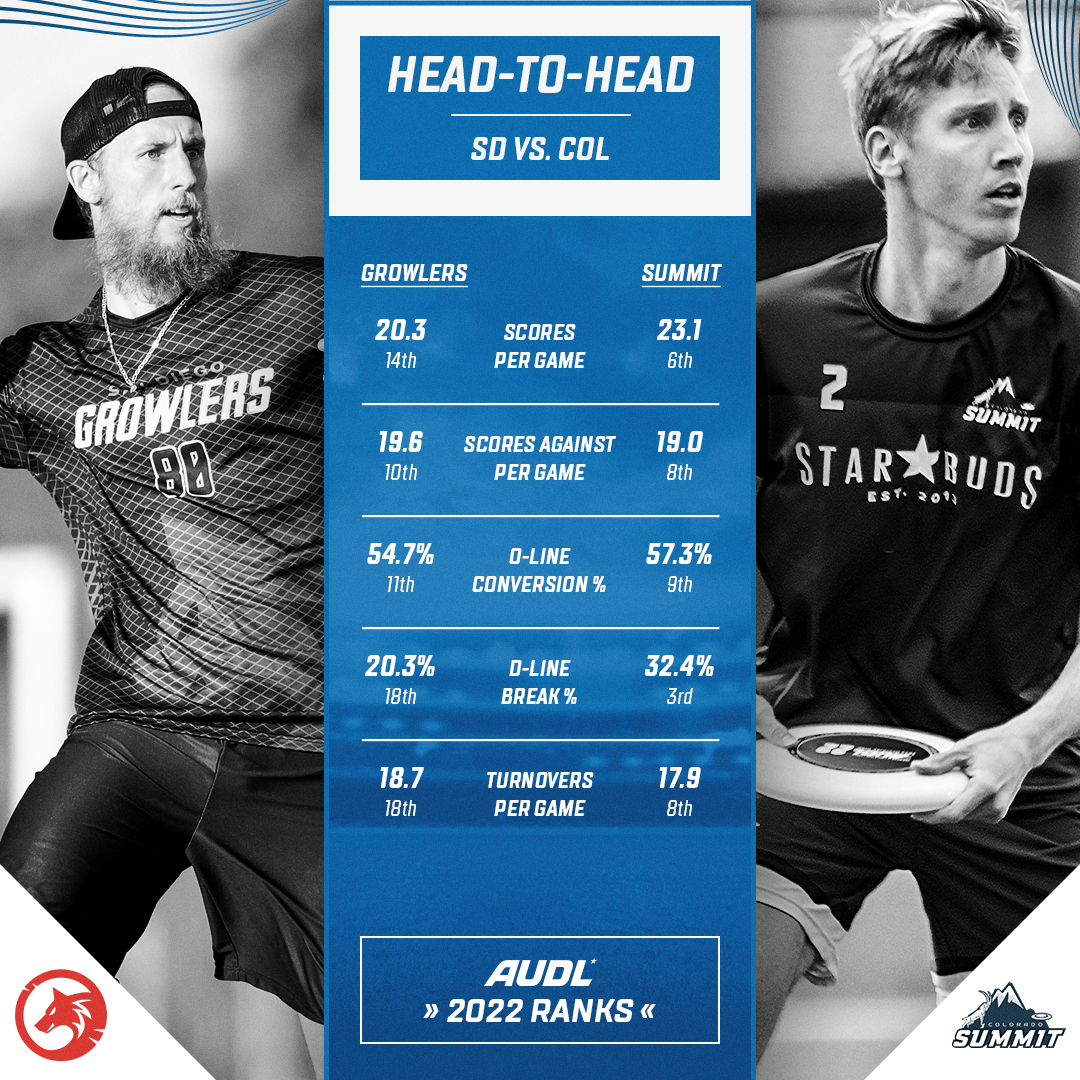 Defensively, the Summit seem to improve every week, particularly when they’re playing at home. Colorado allowed a season-low 14 goals to Seattle in Week 8 as defensive leader Cody Spicer harassed throwing lanes and led multiple counter attacks that ended in break scores. The Summit are stocked with athletes that can lock down in single coverage, and they’re allowing the fifth lowest opponent huck completion rate in the league; Colorado is great at defending in space, with help defenders often converging on the disc to provide maximum protection. And yet the Summit are still allowing the fourth most huck completions per game; opponents continue to test Colorado deep despite a low success rate because they are often playing from behind against the unbeaten Summit.

The Growlers haven’t lost back-to-back games in four years, but Colorado is a legitimate challenger to San Diego’s reign atop the West Division. If San Diego can take an early lead, their defense could cause enough turnovers to keep the Growlers in the game. But if the Summit offense finds their rhythm early—Colorado is 32-for-49 (65 percent) in their last two games on offensive possessions—they could continue their flawless season; a decisive Colorado win would effectively clinch first place and a first round bye for the playoffs.