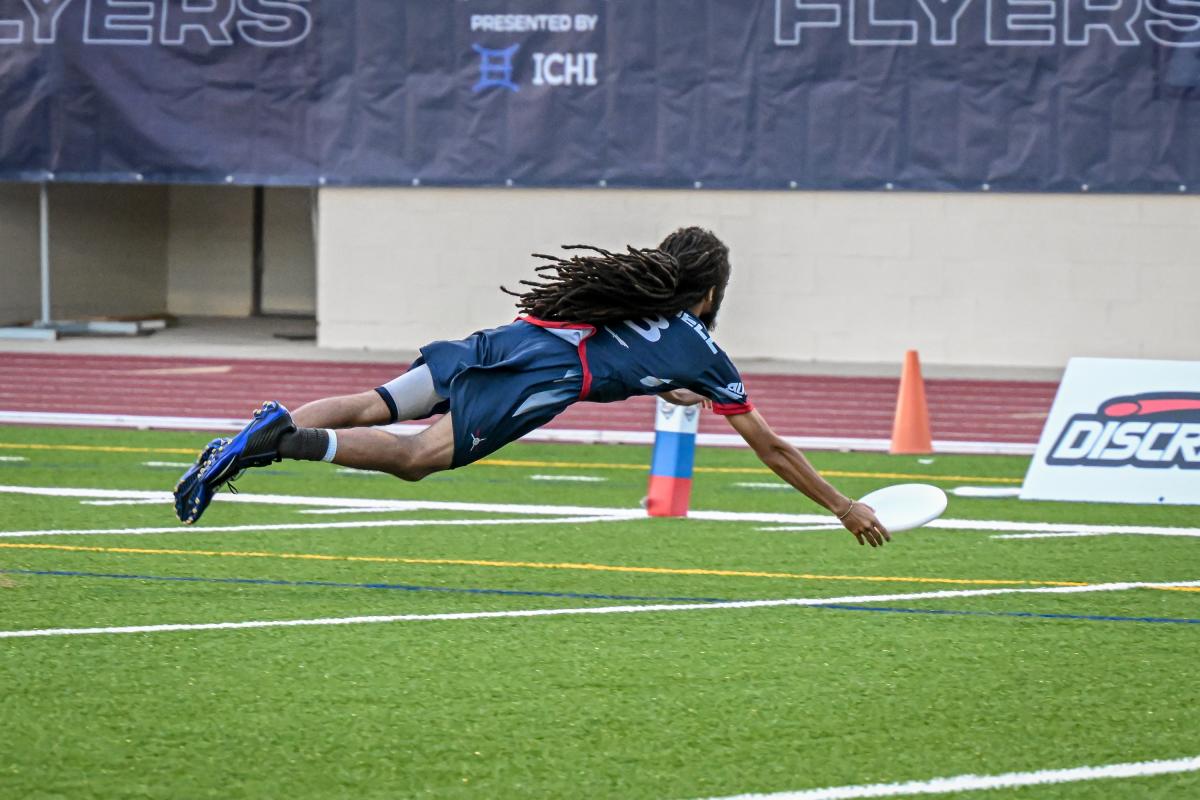 Atkins threw for 675 yards while completing 85-of-86 passes in a pair of impressive road wins for the Summit. He also connected on all six of his hucks as Colorado utilized the deep shot with masterful efficiency. As a team, the Summit went 26-for-32 on their hucks at Salt Lake and Oakland, winning by comfortable five-goal margins both nights. Constantly involved in the Colorado offense, Atkins finished the weekend with six assists, eight hockey assists, four goals, and one block.

The 22-year-old Brewster served as another reliable finisher for the Summit, scoring 12 goals with no turnovers across the two games as Colorado improved to 6-0. No turns is nothing new for Brewster; he’s currently one of four players across the league that has a 100 percent completion rate and over 1,000 total yards on the season. The other three are Carolina’s Henry Fisher, Portland’s Daniel Lee, and DC’s Alan Kolick. Brewster’s the only member of that quartet who’s also won every time he’s taken the field.

Helton’s top performance of the year thus far helped hold off Portland on Saturday night, as Helton registered season-highs with five assists, four goals, and 542 total yards in the Growlers’ 20-18 victory. Even at age 38, Helton continues to produce for a San Diego team that has quietly won four straight. He’s currently on pace for a 38-assist, 24-goal, 12-block campaign, though the Growlers’ schedule gets trickier going forward. San Diego has five of its next six on the road, including a three-game trip that begins this weekend at Los Angeles.

Turns out that neither the travel calls nor the late hand block at Austin could derail Mitchell’s steady and sizable impact for the Flyers. For the first time in his 93-game career, the 26-year-old recorded at least four goals and four assists in a single game on Saturday night against Dallas, helping Carolina cruise to a 23-15 win. He also continued his trend of playing mistake-free ultimate; dating back to last year, Mitchell has only two throwaways in his last 11 games.

The Empire certainly have a slew of stars, but Osgar continues to separate himself with a performance that’s clinically efficient without sacrificing his tremendous effectiveness. On Friday against DC, he completed 100 percent of his throws for the fifth straight game, a stretch that includes 167 passes. In fact, since his first quarter throwaway at Boston on May 14, Osgar has completed 196 consecutive tosses, while throwing 31 assists and 19 hockey assists. There are many reasons why New York is now 8-0, but Osgar’s all-around excellence is right up at the top of the list.

The 28-year-old AUDL rookie put together a performance that he’ll likely never forget on Saturday night in Montreal. Over the course of nine D-points and seven O-points, Puckrin produced two goals, four assists, and three blocks as the Rush upset the Royal 21-20. His numbers were notable regardless of the context, but then consider that in his first five AUDL games, Puckrin tallied just one assist, one block, and no goals. He had only 11 completions and a negative one plus/minus in his previous five appearances before going 15-for-15 and finishing plus-nine on Saturday.

The 22-year-old Van Deusen quarterbacked LA to another one-goal win this past Friday night, throwing a career-high eight assists and completing 65 passes as the Aviators snuck past the Nitro 17-16. His 588 throwing yards were heads and shoulders the most on his team—Aaron Weaver was the Aviators second-leading thrower with 226 yards—and Van Deusen was also third on his team in receiving yards. Six of his eight assists went to the dynamic Everest Shapiro, who also had a huge game for the Aviators, producing a career-best plus-10. Los Angeles has not beaten anyone by more than a goal, but their three tight wins have them just a game out of the third playoff spot in the West Division.