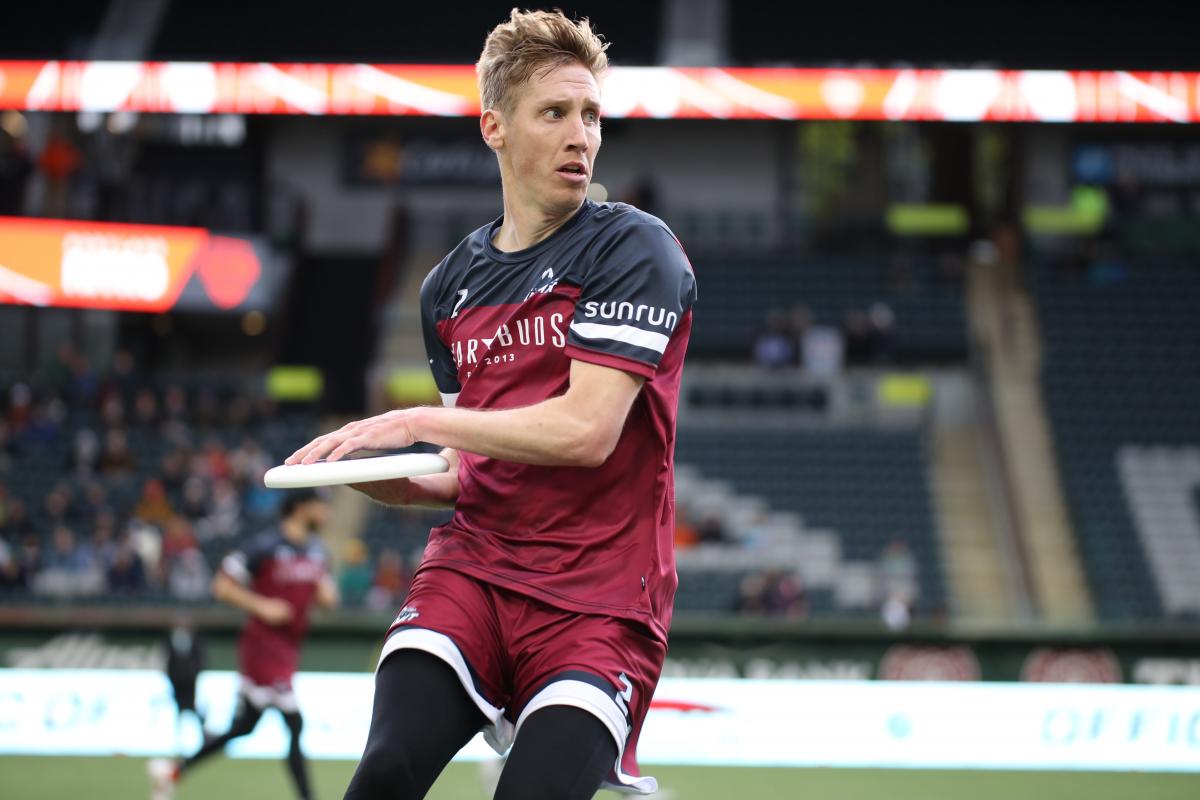 Froude’s enjoyed more than a handful of great games in his AUDL career, but Saturday’s performance for the Summit might have set a new standard. With seven assists, four goals, three blocks, 694 total yards, and no turns, Froude simply kept making huge plays in Colorado’s epic comeback victory over Salt Lake. His plus-14 was a career-high and also the highest plus/minus any individual has produced in a game so far this season.

The Breeze were mightily tested by underdog Toronto on Saturday night, but McDonnell had just enough answers to help pilot DC to the dramatic 27-26 road win north of the border. He finished with 888 yards, the seventh-highest single-game total in the league this season, while completing 57-of-58 throws with nine assists and three goals. His only turn was baited beautifully when the Rush employed a venomous ‘snake in the grass’ early in the third quarter, but every other decision worked out in a game when turns were at a premium. The two teams combined for 53 goals with only 20 turnovers, and DC was fortunate to escape with the victory.

With Jon Mast’s injury, McSherry has boldly stepped into a high-volume role with Pittsburgh this season, and his performance at Tampa Bay on Saturday was unquestionably the best of his career. The UNC Asheville alum threw eight assists and completed 49-of-50 throws for 634 yards, including five successful hucks in the Thunderbirds’ 24-19 triumph in Florida. His lone turn came early, and he went 35-for-35 over the final three quarters, helping Pittsburgh outscore Tampa 7-1 in the fourth to get the win.

The Honor Roll this week very well could have been the entire Empire O-line, as New York averaged 26 goals per game with excellent efficiency in two comfortable wins up in Canada this past weekend. Jeff Babbitt, Ben Jagt, and Jack Williams all produced great numbers too, but Osgar’s effort was basically perfect. In two games, the unstoppable hybrid delivered 13 assists, five goals, 980 yards, and completed all 68 of his throws. The 6-0 Empire enter June with the league’s top offense, as the only team in the league holding on better than 80 percent of their O-points for the season. (Carolina is number two at 79 percent.)

The second player in the league to record five blocks in a game this season—Boston’s Willie Stewart is the other—Payne’s performance was especially notable considering that Saturday’s Indy-Detroit game was not exactly a turnover-fest. The Mechanix finished with just 16 turns, their fewest in their last 18 games dating back to 2019, but Payne still produced five of the eight blocks that Indy recorded, helping the AlleyCats engineer the nine breaks (in 12 chances) that they needed to prevail 23-19. Payne also dished three assists and scored one goal for Indianapolis, who improved to 3-1 and moved into a tie for second place in the Central Division.

Even in defeat, the 27-year-old handler put together the best game of his career on Saturday against DC, setting career-highs in assists (5), goals (5), throwing yards (462), and receiving yards (260). Although the result was still disappointing, the Rush have shown glimpses of exceptional offense on the season. They’re in good company with Atlanta and DC as the only teams this year to suffer losses in games where they had 12 or fewer turnovers.

Eighteen years after winning a college championship alongside Beau Kittredge with the University of Colorado, Simon’s still got game. On Saturday in Seattle, the 39-year-old handler helped quarterback the Cascades to a 26-18 upset win over Portland, producing 723 yards with seven assists, one goal, and one block. Three of his assists went to fellow veteran Matt Rehder, who played his first contest for Seattle since the 2016 championship game on Saturday evening. Two of Simon’s other assists found the 18-year-old phenom Declan Miller, who produced six goals, four assists, and two blocks in Seattle’s first win of the season.