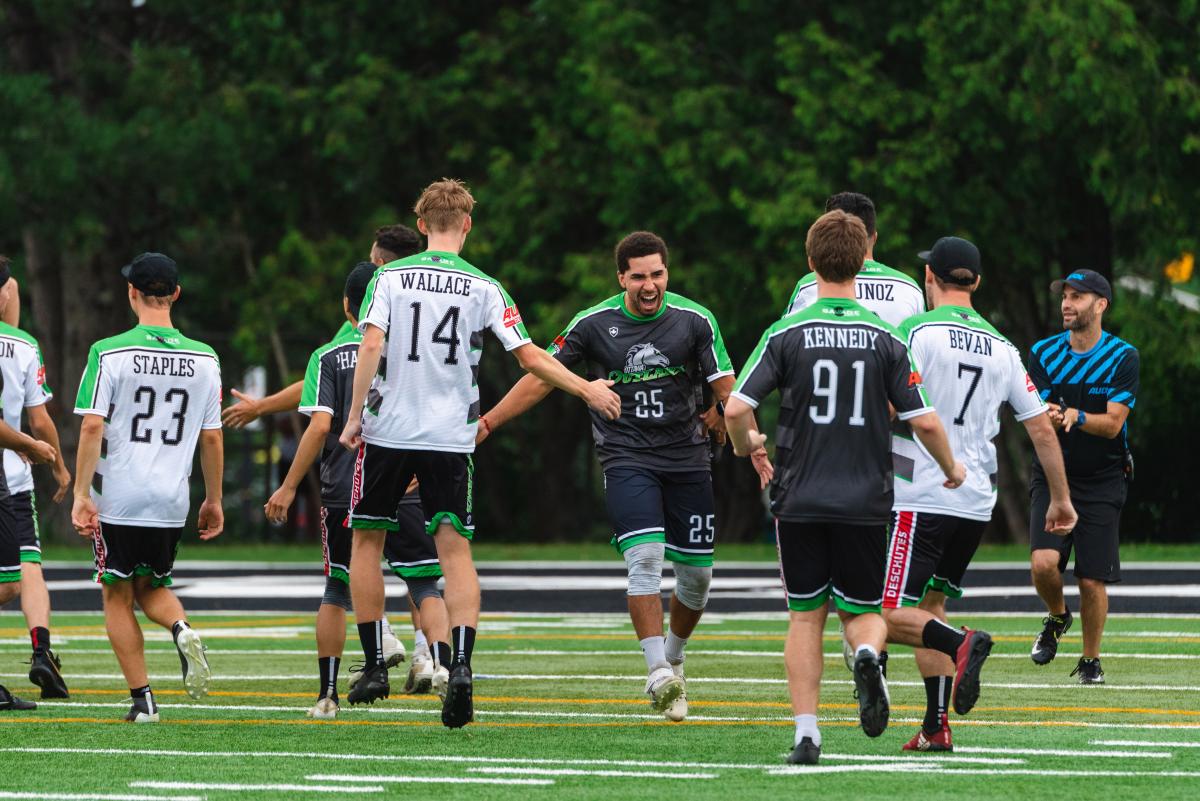 Tonight for the first time since 2019, teams from the US and Canada will share an AUDL field, as Boston Glory travels north to take on the Ottawa Outlaws for game one of their Canadian double-header road trip. For Boston, they’ll look to build on their Week 1 win over Philly, while the Outlaws will make their 2022 debut at home. 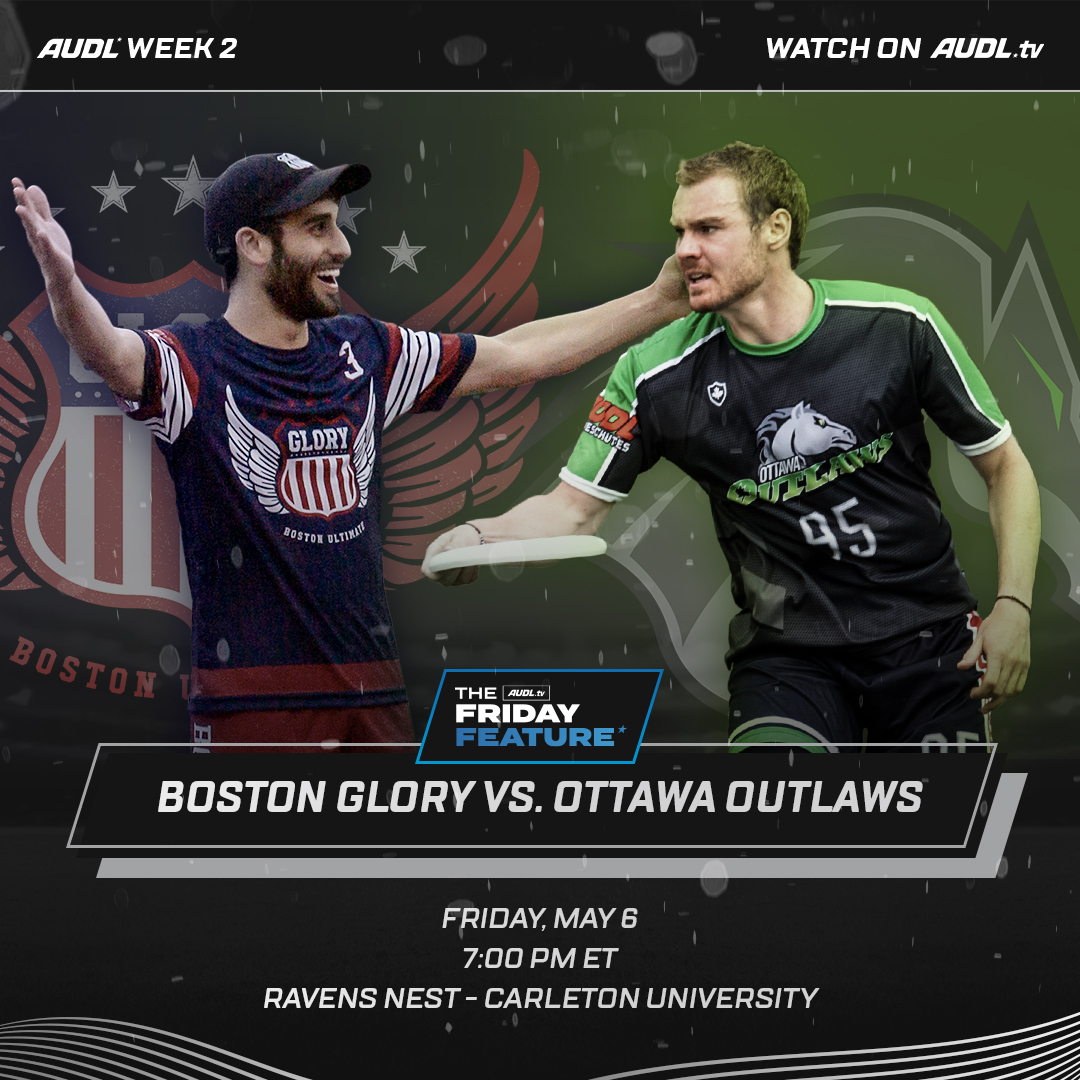 Glory’s number two scoring offense from a year ago picked up where they left off to begin the season, scoring 25 on the Phoenix in Week 1. It marked the third-highest score of the week, as Boston converted on an astounding 80 percent of their offensive possessions, second only to New York. Orion Cable, Tannor Johnson, Topher Davis, and Cole Davis-Brand each totaled six-plus scores, with Davis-Brand pacing the team in total yards with 761.

Tonight, however, Boston will be without their two key big men in Cable and Johnson, who tied for the team lead with eight scores apiece last week. Their absence could mean a more handler-heavy approach, with Davis-Brand and Ben Sadok each possessing the skill sets to release from the backfield and threaten opposing teams in the downfield cutting space. Sadok averaged over three goals per game in contests where neither Cable nor Johnson played last season; expect him to get back in the end zone after being held to just two assists without a goal in Week 1.

The Outlaws started off with a bang last season, upsetting Toronto and Montreal in back-to-back games to open the season. Although they finished with a 3-5 record and ultimately were the odd man out of the Canada Cup Championship Game, the Outlaws showed plenty of fight all year; they beat Montreal in two of four meetings, and three of their five losses came by just two goals. They’ve retained the bulk of their roster from a year ago, featuring offensive standouts in 2019 AUDL All-Star Alec Arsenault, Geoff Bevan, David Colic, Jeremy Hill, and center handler Nick Boucher.

Boucher played a massive role in Ottawa’s two wins at the start of last season, setting the single-game yardage record with over 1,200 in the Outlaws’ first win over Toronto that included completing a perfect 10-of-10 hucks (throws of 40-plus yards). He’d go on to finish the weekend with absolute video game numbers: 1,791 total yards (13-of-13 hucks), 13 assists, six goals, and four blocks. Unfortunately, Boucher was only on the field for two additional games in 2021 due to injury, which both resulted in two-goal losses. The firepower he brings to this Outlaws offense can keep them in any game, and he could find himself stuffing the stat sheet yet again against a Boston defense that has allowed over 22 scores per game on average dating back to last season.

On the defensive side, Boston adds back lockdown defender Cam Wariner, who will make his 2022 debut after missing the first game of the season. Wariner will look to build on four promising appearances from a year ago, in which he averaged 1.5 blocks per game going head-to-head with some of the top matchups from New York, Philly, and Pittsburgh. Up against an Outlaws team that averaged more completed hucks per game than anyone else in 2021, Wariner should stay plenty busy tonight as he looks to lock up the deep space.

The Outlaws struggled defensively last season, but they have some nice pieces to build around. Second-year defender Brandon Adibe made several highlight-reel plays both defensively and on the counterattack last season, Outlaws veteran Carson Turner quietly has 23 blocks over his last two seasons, and Paul Mensah returns to Ottawa this year after a one-year stint with Toronto. The team did average the seventh-most takeaways per game a season ago, though their problem was break conversions; they converted at the fifth-lowest rate in the league in 2021. If they can find some more consistency on the counterattack, a couple additional breaks would go a long way in a game that could easily stay close from start to finish. 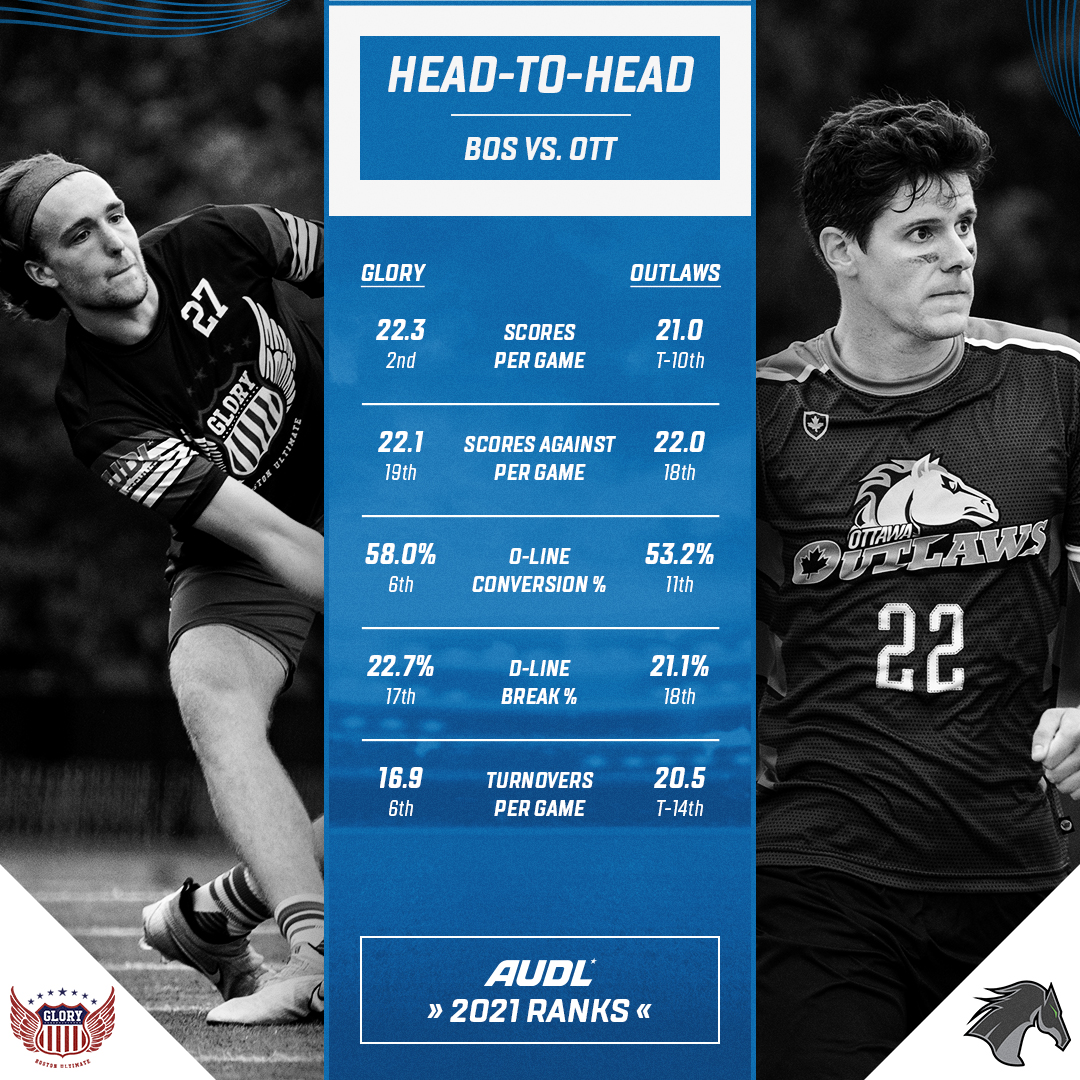 With defense potentially coming at a premium, tonight’s Friday Feature should showcase plenty of scoring from a multitude of offensive playmakers, even without Boston’s bigs. The game could come down to a few key blocks—or mistakes—down the stretch, where the pressure will remain on the offenses to maintain efficiency for the full 48 (or more..?) minutes.