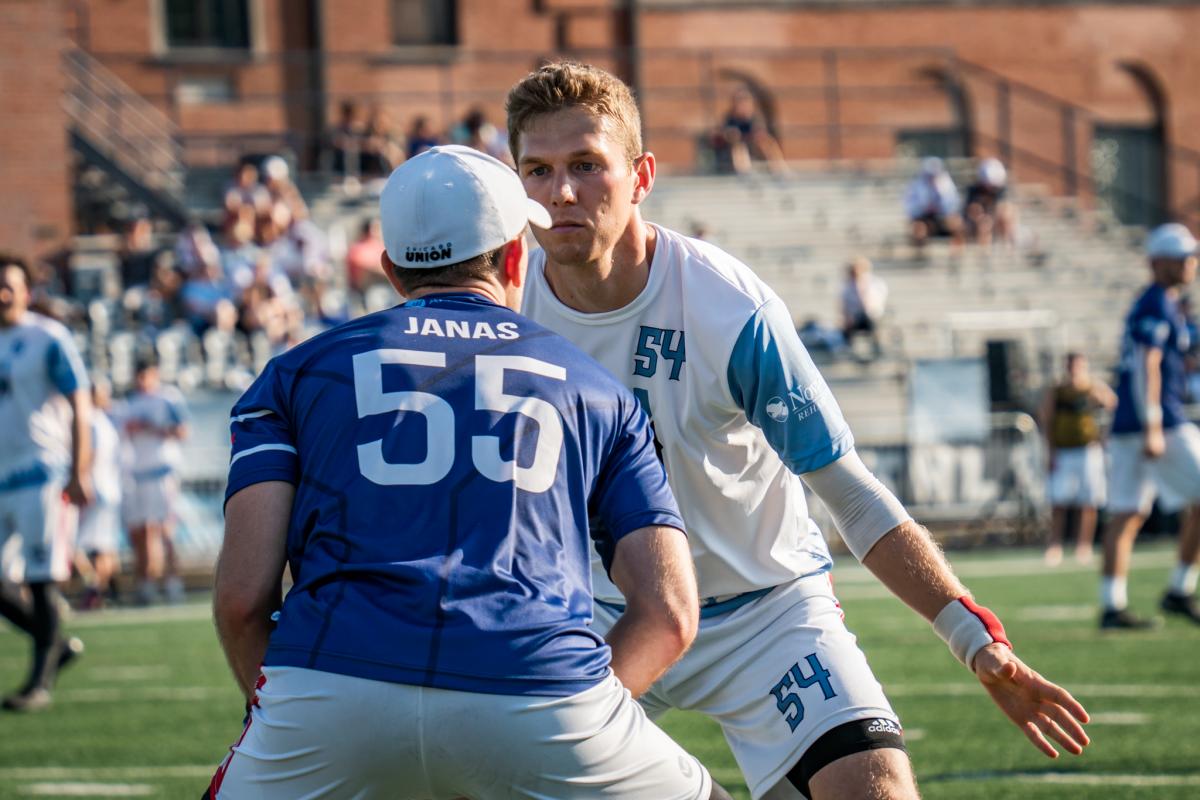 It’s been 250 days since the Minnesota Wind Chill lost to the Chicago Union in the 2021 Central Division title game, and the team has spent every one of them preparing for their first rematch with their longtime rivals. The Wind Chill led for much of the contest, but the Union orchestrated a 5-0 defensive run to close out the game and secured Chicago’s first Championship Weekend appearance since 2013. 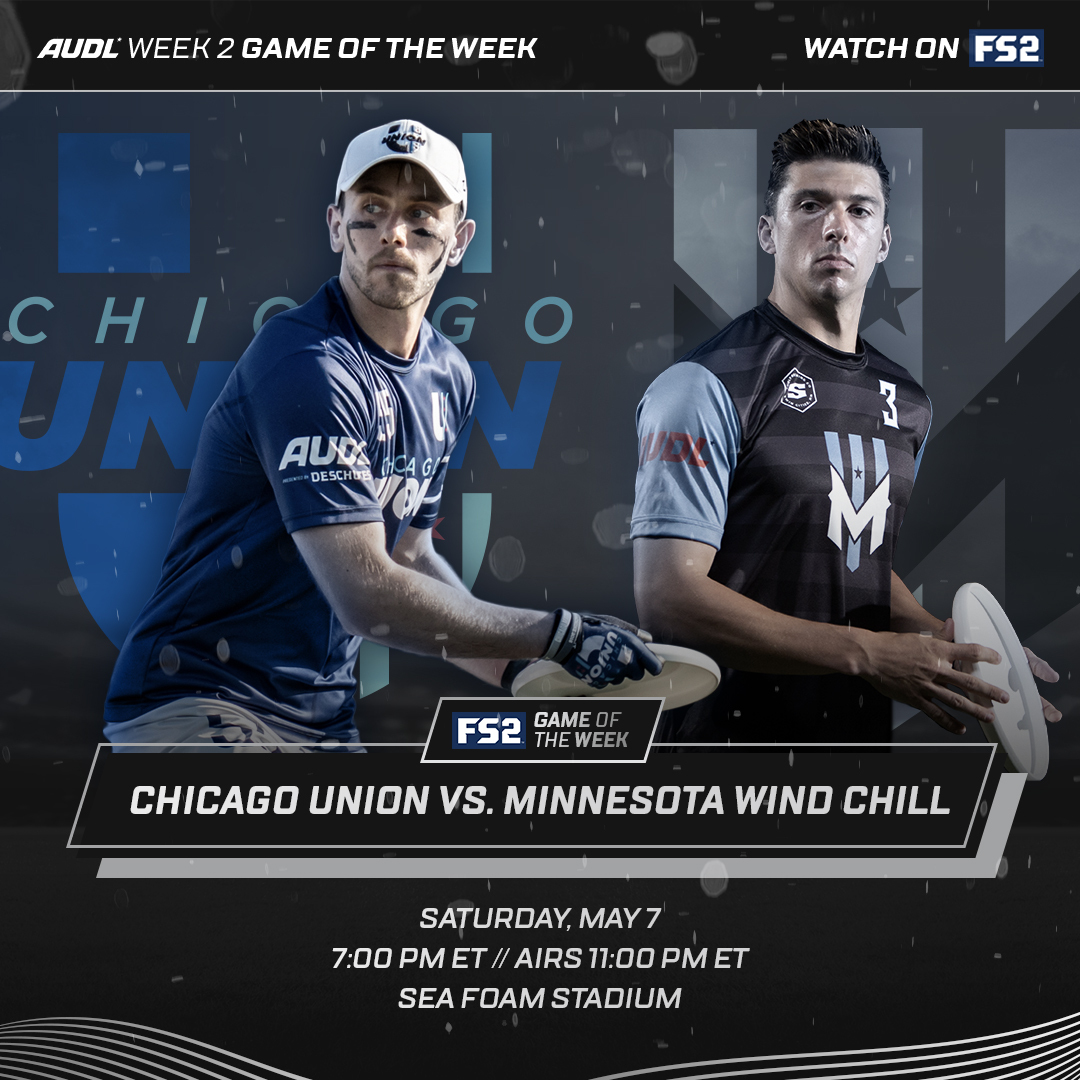 “My feelings as the buzzer sounded were of frustration and disappointment,” said Minnesota’s star striker Bryan Vohnoutka after the game. “I felt like we had outplayed them for three quarters but couldn’t close the deal. That sour taste from this game is going to last a long time.”

Minnesota will get their chance at revenge in their first game of the season as they prepare for their home opener. The Wind Chill went 5-1 at Sea Foam Stadium last season, with their lone loss coming to this same Union team in a 20-16 defeat.

But over the offseason, the Wind Chill added star power and depth to any already impressive lineup. They brought in former Dallas captain and 2019 All-AUDL member Abe Coffin, who will be active for his debut in tomorrow night’s game. One of the most natural throwers in the league, Coffin’s ability to stretch the field with his hucks figures to be a perfect match for Minnesota’s deep stable of receiving targets, including Vohnoutka, Cole Jurek, and the return of Quinn Snider. A rookie sensation who led the league in goals per game in 2019—including a 10-goal explosion versus Chicago in the Week 9 “Game Of The Week”—Snider missed the entire 2021 season, but is a WR1 option heading into this week’s matchup. Minnesota will be without Nick Vogt on Saturday night, who was instrumental in the Wind Chill’s playoff win last season, so Snider’s activation is pivotal for their offense.

The presence of Snider may also allow Minnesota to float Vohnoutka onto defensive rotations, which was a very successful strategy in the Wind Chill’s Week 6 win against the Union in Chicago last season. Utilized as a handler defender, Vohnoutka’s athleticism and agility allowed him to match up with All-AUDL thrower Pawel Janas and limit Chicago’s primary weapon to just 282 throwing yards, Janas’s worst passing performance of the season.

The thing about Janas, though, is that he is one of the smartest and best adaptors in the AUDL, which is what has kept him at the top of the passing statistical leaderboards for over four seasons, and made him an MVP finalist last year. Minnesota was able to dampen Janas’s effect in their lone win against the Union in 2021. But the Chicago star responded the next two games with 10 assists, 97 completions, and over 700 passing yards against the Wind Chill in two Union victories. Janas’s combination of high volume distribution with precision passing is nearly unmatched, and Ross Barker makes a perfect target. Janas had nearly 600 completions in 2021, and only one game with more than two throwaways. And without Paul Arters this weekend, Janas could see one of his higher volume workloads of the season. 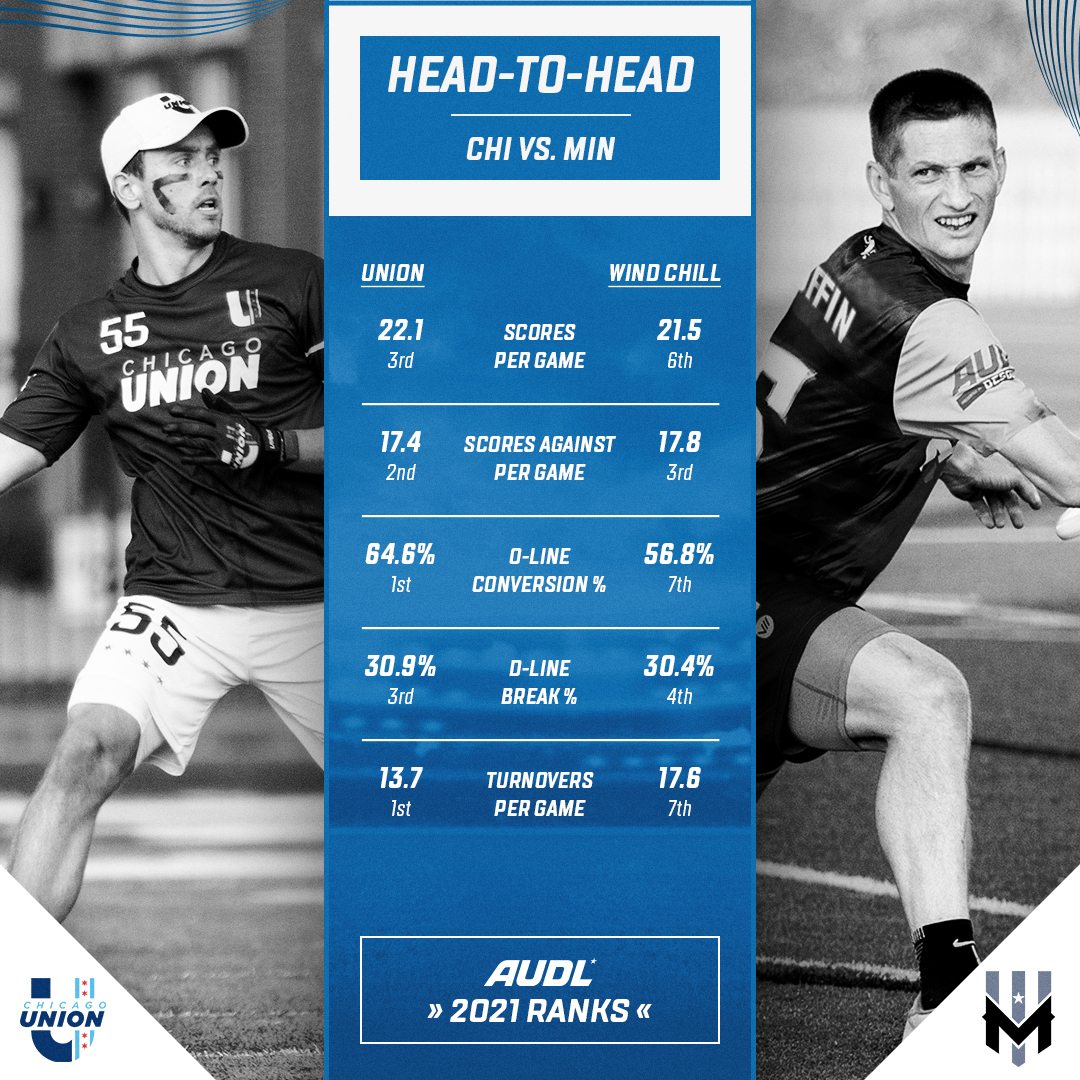 The real intrigue for the Union this weekend will be the debut of their own former Dallas captain acquisition in ​​Dalton Smith, and how he meshes with his new team. Smith was formerly the backfield partner of Coffin, and the two formed one of the most dynamic throwing tandems in the AUDL; Dalton and Coffin had a historic playoff run in 2019 that put Dallas into the AUDL championship game for the second straight season. Smith played in only three games last season, but was quietly effective in the Dallas playoff game as a D-line handler. Smith has been one of the best players over the past several years at platooning on both offensive and defensive rotations, and will be a valuable chess piece for Chicago throughout the season as they figure out how best to optimize him.

Defensively, Chicago will have to do a better job at containing Minnesota’s deep attack than they did in their last meeting. The Wind Chill completed 10-of-14 hucks in their playoff matchup, and their deep passing kept the Union on their heels until late in the fourth quarter. Nate Goff will lead Chicago’s efforts, and will have his hands full covering Jurek, Snider, and company.

Chicago already has a game under their belt after their Week 1 win over Pittsburgh, and could find their rhythm earlier than Minnesota as the Wind Chill adjust to their first game of the new season. But if the Wind Chill can hang around early, execute on offense without committing unnecessary mistakes, and find some momentum from the home crowd, they will be dangerous. And similar to their meetings last season, Saturday night will have slim margins as the winner will have the inside track on first place in the Central Division.