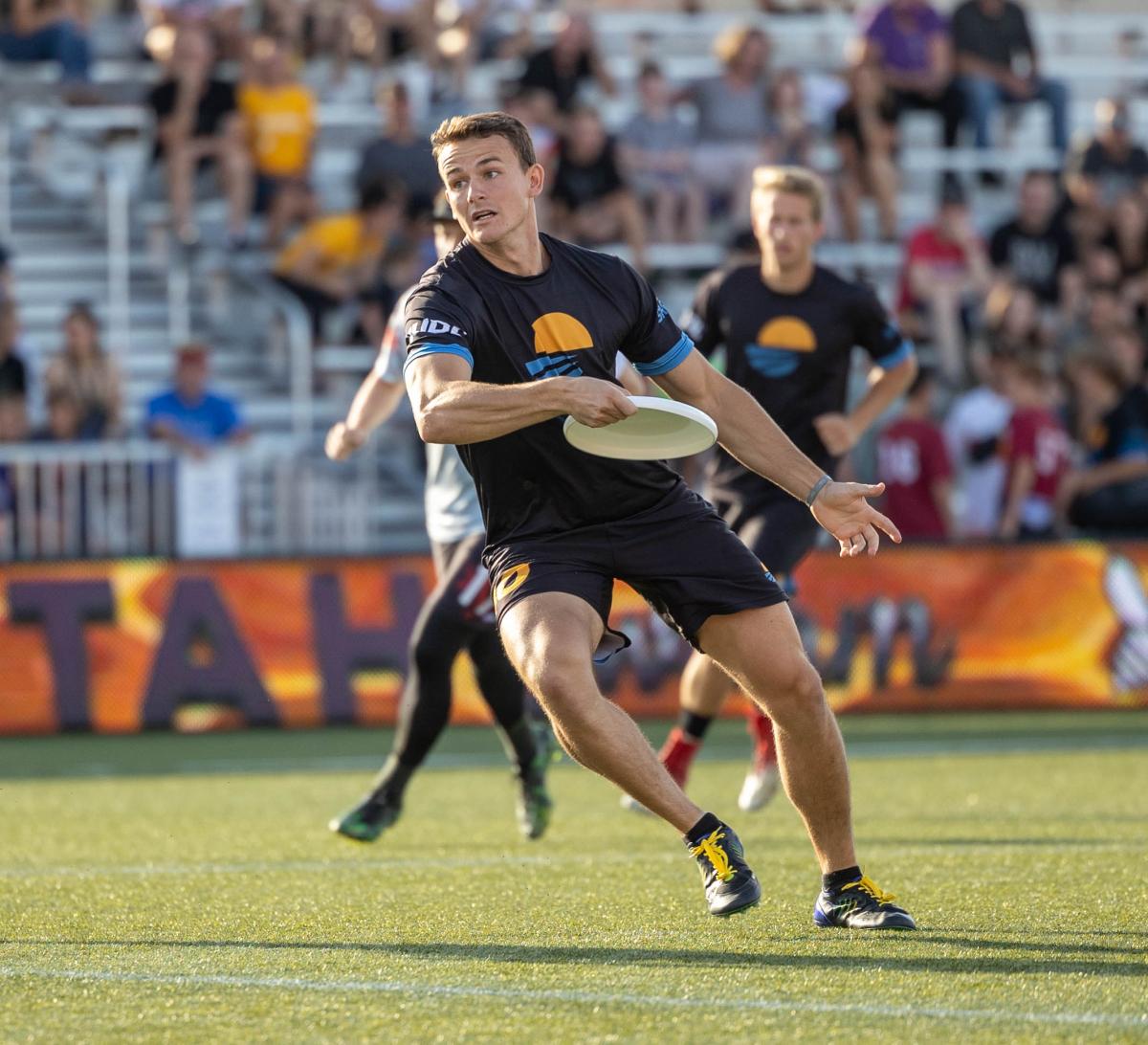 In the battle to avoid the bottom of the South Division on Saturday night, Tampa Bay outlasted Dallas 17-15 thanks in large part to Michael Arbutine’s grinding contributions on the D-line. He finished with four blocks, three goals, and two assists, helping his team get its first victory since August 7, 2021. Arbutine’s total plus/minus for the season prior to Saturday night was plus-five, but his career-high plus-nine against the Legion served as a breakout performance to help get the Cannons off the schneid.

Ross Barker became just the fourth person in the AUDL this season to produce a single-game performance consisting of at least 300 throwing yards, 300 receiving yards, and no turnovers as the Union outclassed the Thunderbirds on Saturday in Pittsburgh. Joining a group that includes Boston’s Cole Davis-Brand, Colorado’s Jay Froude, and Carolina’s Sol Yanuck, Barker helped to pilot the Chicago O-line that had just four turnovers for the game. Along with his plentiful yardage and mistake-free execution, he also dished five assists and scored three goals, officially clinching the top seed in the Central Division for Chicago.

In the realm of 300/300 performances, Paul Lally also accomplished something that only three others in the league had done this year when he threw for 507 yards and churned for 301 receiving yards against Portland on Sunday. The list of players who’ve had over 500 throwing yards and 300 receiving yards in a game this season includes Seattle’s Declan Miller, Ottawa’s Geoff Bevan, Detroit’s Joe Cubitt, and now Lally, who also completed 87-of-89 throws in San Diego’s two-win weekend. Entering his final game of the season, Lally is one of just five players in the AUDL to have surpassed 4,000 throwing yards on the year.

Midway through the third quarter on Friday night against Los Angeles, the outlook appeared bleak for the Shred. In a few minute span, Joe Merrill had hobbled off the field with an apparent ankle injury, and Salt Lake was broken again, creating a three-goal deficit. But after a few minutes on the sideline, Merrill returned on the D-line and immediately generated bookends, a block and a goal that tied the game and dramatically swung the momentum. The Shred sideline swarmed around Merrill, and Salt Lake seized control down the stretch, outscoring the Aviators 9-3 over the game’s final 17 minutes to earn the win and lock up the two-seed in the West Division. Merrill finished with five goals, one assist, and three blocks, totaling plus-nine, with no one else in the game higher than plus-five.

The likely 2022 AUDL MVP saved his best performance of the year for the regular season finale, as Ryan Osgar distributed the disc brilliantly to help the Empire cap their perfect 12-0 campaign with a five-goal win at Philly. He finished Friday’s game with a season-high 10 assists, along with two goals, one block, 655 total yards, and no turnovers in a 33-for-33 throwing display. He also went 5-for-5 on his hucks, though he’d probably want to credit his receivers like Jeff Babbitt, John Lithio, and Ben Jagt for coming down with a couple hangers. Still, it was a dazzling closing statement for Osgar, who finished his regular season with 390 completions and just eight throwaways, along with 67 assists, 26 goals, and over 6,000 total yards. He’s four postseason throwing yards away from being the only player in the league with at least 3,000 throwing yards and 3,000 receiving yards, a distinction he also held in 2021.

The dynamic Andrew Roy threw for 742 yards on Saturday at Indy, fourth-most by anyone in the league this season. But the three highest throwing-yardage performances all came in losses, meaning that no one in the AUDL has thrown for more yards in a win than Roy, who completed 61-of-62 throws in anchoring the Wind Chill offense. Roy finished the game with 872 total yards, along with four assists, seven hockey assists, and one goal, as the Wind Chill assured themselves of the two-seed in the Central Division by sweeping the regular season series over the AlleyCats.

The second-year Spider Max Williams produced four goals, three assists, one block, and a career-high plus-eight on Saturday evening against Los Angeles, helping Oakland hang on for the 22-18 victory over the Aviators. Since starting the season 0-5, the Spiders have won four of their last five games. The Growlers’ wins eliminated Oakland from playoff contention, but the Spiders will finish no worse than tied for fourth place in the West, and they could possibly get back to .500 if they can sweep their Week 14 road trip through SoCal.