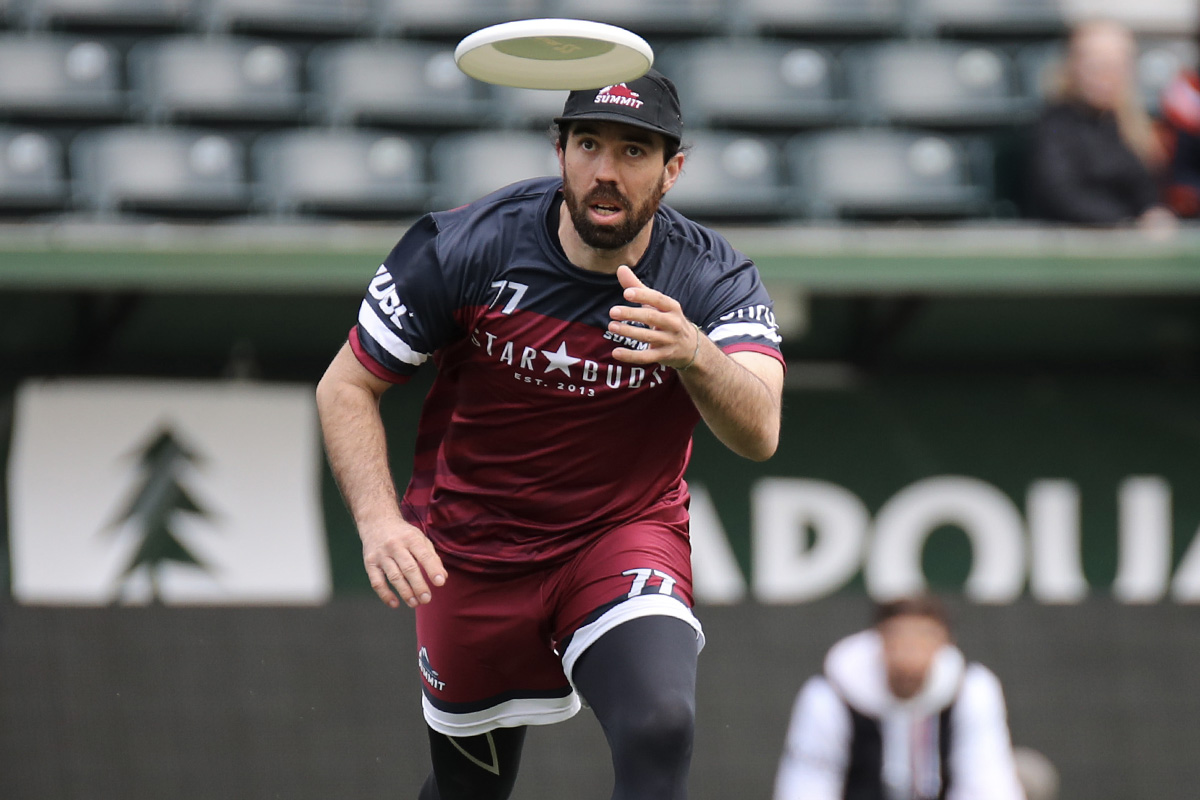 The All-AUDL defender was called on to start on the O-line last week and didn’t disappoint, racking up over 300 receiving yards and scoring four goals—both marks second on the team only to Ben Jagt. Jeff Babbitt has now scored four goals in three of four games to start the season despite playing over 60 percent of his points on defense. Jack Williams is back in the lineup this week, though Charles Weinberg remains out, so there is an open O-line cutter spot if New York feels like loading up their receiving corps. Even if he plays defense, Babbitt could still hit that four goal mark against a Royal team that’s allowing 14.4 break opportunities per game, tied for the seventh-highest average in the league. The matchup gets even juicier when you look at takeaways: Montreal allows the fourth-most blocks per game, making Babbitt a prime candidate to bounce back from his zero-block game last week.

When asked about Christophe Tremblay-Joncas’ game-winning goal at the buzzer two weeks ago, Montreal Royal Head Coach Jon Hayduk commented, “He’s one of the most athletic guys I’ve ever met, right up there with maybe Beau [Kittredge], but this generation.”

The team missed him last week against the Phoenix, as the Royal D-line was only able to convert two of 15 break opportunities in their 19-13 loss. The 6’2” playmaker has at least three scores and two blocks in three of his four games played this season, showing a much-improved offensive ability in his fifth year with the team; he’s on pace to set career highs in assists, goals, completions, and total yards. Up against the best offense in the league this week, he’ll be kept busy by reigning two-time MVP Ben Jagt and fellow big John Lithio, two guys that combined for eight assists, 11 goals, and over 1,000 yards of offense last week against Toronto. If Montreal is going to have any chance at slowing down the Empire attack, CTJ will have to carry this D-line with tone-setting blocks and break the game open on counterattacks.

One of the more versatile players on the Minnesota Wind Chill, Bryan Vohnoutka could find himself playing on either side of the disc this week in Madison. Last time he played at Breese Stevens Field, Vohnoutka played 12 O-points, eight D-points, and he finished the game with four goals and two blocks, including the game-saving hand block that allowed the Wind Chill to force overtime. He’s been mostly confined to the D-line this season, but with Minnesota missing a trio of starting cutters in Cole Jurek, Quinn Snider, and Nick Vogt this week, they may look to the franchise’s second all-time leading goal scorer to help fill that production. B-Von can be an impact player regardless of where he slots in; he should be in line for a big workload in the Week 5 Game of the Week.

After leading the team in completions a season ago, Victor Luo continues to be a primary distributor on the Madison Radicals O-line. Through the team’s first three games, Luo ranks second in total yards per game averaging 411.5 so far; he averaged 412.6 last season. He’s as consistent as they come for the Radicals offense, capable of commanding the O-line with the right balance of 100-percent throws and a good mix of downfield shots. Luo is a motion handler; he excels in space and keeps his defenders off balance with quick disc movement and decisive handler cuts. Gunslinger Kai Marcus, the ‘pocket passer’ of the offense, is questionable for Saturday’s game with a knee injury, making the Madison backfield one to watch regardless of whether he suits up. If Marcus isn’t able to go, Luo could find himself shouldering an even bigger workload and could approach 40-plus touches, in addition to becoming the offense’s primary deep thrower.

Raphy Hayes could be in for a big weekend in Seattle. Leandro Marx is the only player on the Portland Nitro roster that has averaged more total yards per game (616) than Hayes’ 546, and the duo will likely be leaned on this week to compete against a Cascades team fielding their strongest roster of the season, which includes the 2022 debut of matchup nightmare Matt Rehder. Hayes, like Marx, is fully capable of taking over games, whether it means skying over opponents downfield or facilitating the offense in a catch-and-shoot midfield role. Portland will be without a handful of key playmakers in Eli Friedman, Jack Hatchett, and Daniel Lee; these three have combined for 22 assists and 28 goals this season. Their collective absence puts the emphasis on Hayes to become Marx’s go-to (maybe only?) complement, and these two will have to stay in rhythm all game if Portland is going to keep up their 26.0 scores per game average.

Apparent from the first game of the season when he put together eight goals, two assists, and over 400 yards of offense, Joe Merrill is thriving as Salt Lake’s primary downfield cutter. He’s surpassed the 300 total yard mark in each game, as he’s relentlessly worked his matchups up and down the field to help generate and maintain offensive flow in the Shred offense. With receiving yards leader Will Selfridge unfortunately out with what is likely a season-ending injury, Merrill could become the primary field-stretcher in what should continue to be a dynamic offense. The team will also be missing their overall yardage leader in Sean Connole—which could mean more touches and backfield work for Jordan Kerr—so I’d expect the downfield targets to funnel a bit more to Merrill in a big game this week against Colorado. How Merrill and the O-line adjust to the absences will be telling for their chances at pulling off the road win.

Jonathan Nethercutt might be the best pure quarterback in the league. With the ability to throw anywhere on the field, at any time, with any throw—he’s even been known to throw a no-look back-corner fade or behind-the-back flick from time to time—there’s arguably no more important piece to their team in the entire league than Nethercutt is to the Colorado Summit. Through the first four weeks of the season, he ranks second in the AUDL in assists per game (6.5), third in completions per game (61.0), and fifth in throwing yards per game (516.5). He’s what elevates this team to championship contender status, and the stage is set for Nethercutt and the Summit to assert themselves atop the West Division this week in Colorado’s inaugural home opener. The Summit have yet to hit their final form, but whenever they do, Nutt will be at the center of it.