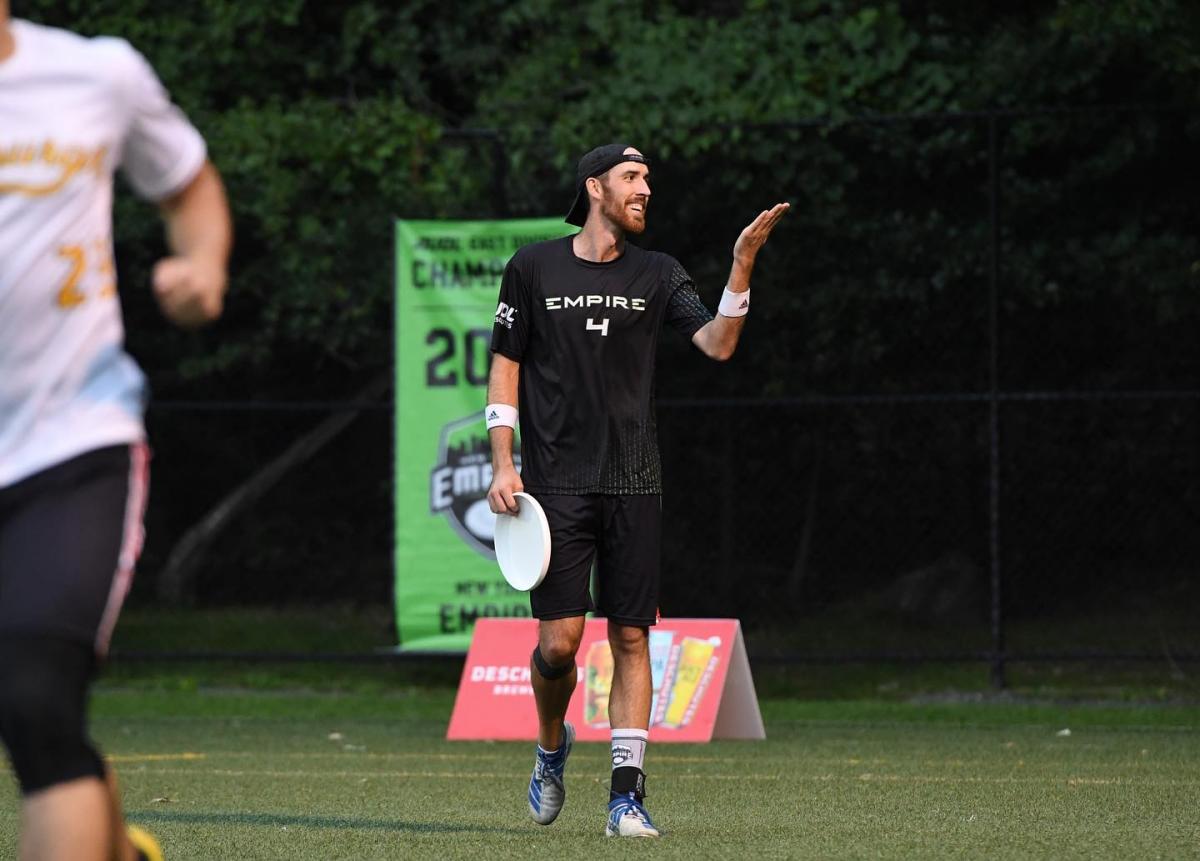 The AUDL offseason is heating up, with news of expansion, realignment, and player signings all adding to the anticipation for the upcoming 2022 campaign. Consequently, every Monday we will be asking and answering "One Burning Question” on theAUDL.com, with Daniel Cohen, Adam Ruffner, and myself all writing independently on a particular topic.

The AUDL has had a different league leader in goals every season since 2015, with Cameron Brock as the last player to repeat as the goal scoring champion in 2014. Ben Jagt led the league in 2021. Who will lead the league in goals in 2022?

Daniel Cohen: The most likely guy to do it has to be Ben Jagt. While 2021 was the first time in his seven-year career leading the league in goals, Jagt has finished top five in goals each of the last three seasons, with no fewer than 55 in a given year of that stretch. With prototypical size and cutting ability for a downfield receiver, his skillset is just beyond what any AUDL defense can reliably contain; his 5,375 receiving yards were over 1,000 more receiving yards than the next closest player in 2021. Even though he’s not just a goal scorer—Jagt also has 55-plus assists each of the last three seasons—he’s always going to be one of the game’s best deep cutters, and he’s playing in a New York Empire system that will continue to feed him relentlessly as their WR1. We’ve witnessed the most dominant three-year stretch in league history from a statistical standpoint, and Jagt is showing no signs of slowing down.

Evan Lepler: I’ve been agonizing for a way to not pick Jagt. My hesitation is not Jagt fatigue; the dude is dominant, deservedly a two-time MVP, and most likely to contend for a title again in ’22, but rather new goal-scoring threats always emerge, and it’d be nice to say I saw it coming. Of course, that type of clairvoyance is never simple. I do think someone like Toronto’s Mike Mackenzie could rise into the conversation, and obviously the 2019 goal scoring champ, Montreal’s Quentin Bonnaud, could re-emerge if he’s able rejoin the franchise after returning home to France. Other dark horses: San Jose’s Keenan Laurence, if he’s on the Spiders’ O-line, sure will score a bunch. Minnesota’s Quinn Snider, another Canadian who missed the entire 2021 season, will absolutely be among the league’s top scorers if he plays a full season. I also wouldn’t underestimate DC’s Joe Richards to be in the mix. But the odds are long for all these prospects when compared to Jagt, and that’s why I must begrudgingly choose the Empire superstar here. He may be turning 30 next August, but I’d expect him to easily add 60 more goals by then, elevating him to second all-time. A even more intriguing question, perhaps… When will he surpass Cameron Brock as the AUDL’s goal-scoring king? (I do believe it’s a matter of when, not if…)

Adam Ruffner: Ben Jagt is currently the most dominant receiver in the league, no question. The two-time reigning MVP has been a goal scoring machine, with 185 goals in just his past 46 games, an average of over four goals per game for three full seasons. But! I think Max Sheppard has a legit shot at unseating Jagt in 2022. After a rough go in the Atlantic Division in 2021, Pittsburgh will be moving back to the Central Division next season, giving Sheppard an easier slate of defenses to run around. The 26-year-old is only one season removed from an MVP finalist campaign in 2019, and is an absolute nightmare to cover downfield with his combination of footspeed and hops. In his last game of 2021, Sheppard caught five goals on 348 receiving yards against a very good Atlanta defense, and could carry that momentum into the new year.