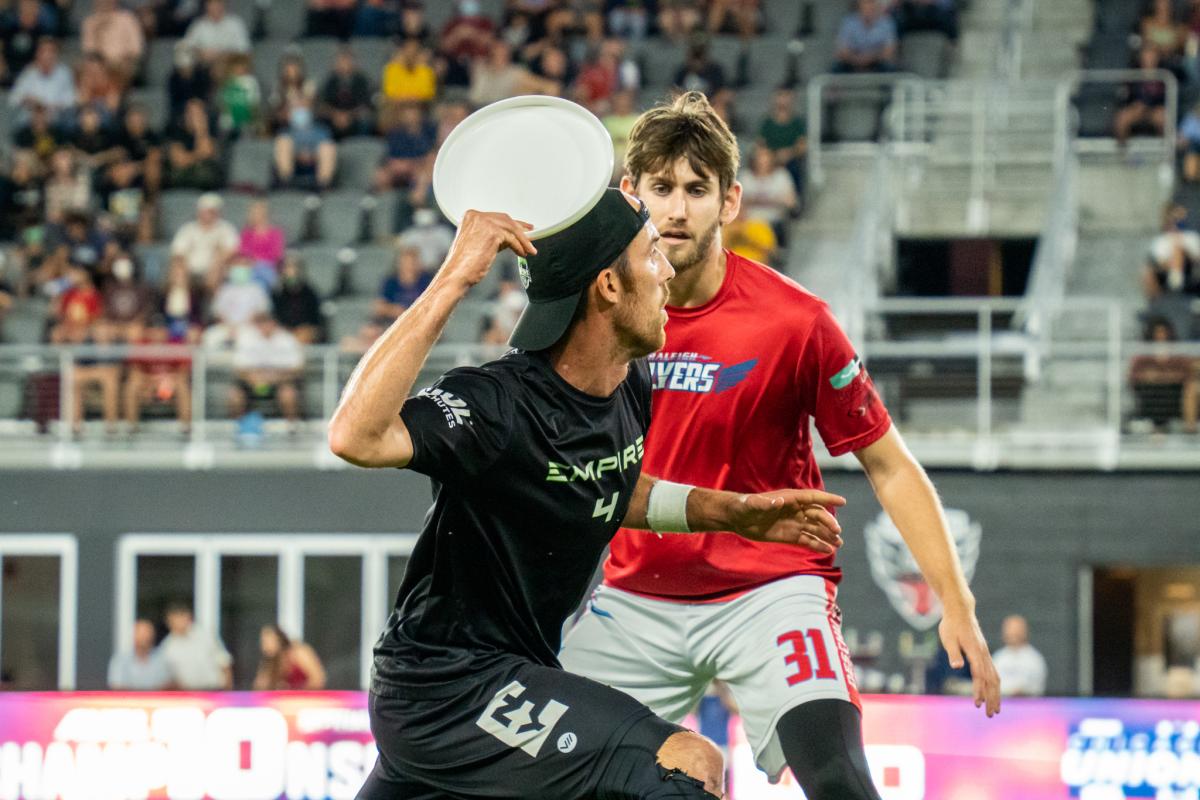 Which of the four teams that made 2021 AUDL Championship Weekend—Carolina, Chicago, New York, and San Diego—will not make it back in 2022?

Daniel Cohen: As we’ll discuss on this week’s AUDL Weekly, I really think multiple teams that made it to Championship Weekend in 2021 will miss the final four in 2022. I have doubts about all four of them, though I guess at this point—and it pains me to say it—I have the most doubts about Chicago. Part of it is Minnesota’s offseason signings, part of it is the expected veteran losses for Chicago, but really I come back to that 2021 Central Division Championship Game. Minnesota was clearly the better team for the first three and a half quarters, and if they’ve gotten better and Chicago gets slightly worse, it feels like the Central is Minnesota’s division to lose. There’s also an outside chance Madison and/or Indy force their way into the division championship, with the Radicals having the added motivation of hosting Championship at home, and the AlleyCats having made some roster moves that bring them closer to looking like their 2019 selves. The Central Division is going to be a brawl; whichever team emerges, it will not be an easy road.

Evan Lepler: I fear we’re all going to choose the same team, but it’s gotta be Chicago, right? The Union narrowly edged Minnesota in last August’s insane Central Division final, but since then the Wind Chill have made several splashes in free agency, while the rumors circling Chicago have not been nearly as positive. Minnesota has added potential cornerstones in Quinn Snider and Abe Coffin, while Chicago has lost key veterans like Pat Shriwise, Peter Graffy, Kurt Gibson, and perhaps most importantly, Keegan North, who decided to rejoin Indy. That could certainly be spun as the Union losing a few past-their-prime vets who’ll be replaced with young talent, but if that’s the case, who exactly are the new additions? We routinely questioned the Union’s depth in 2021, and while they still have many of their core contributors—be prepared for an amazing breakout season from Eli Artemakis—the vibes around Chicago have diminished far more than anything surrounding New York, Carolina, or San Diego, who all appear poised to enter the season as divisional favorites, at the very least. I still believe the Union are a playoff team, but I think Minnesota has surpassed them by a decent margin in the realm of preseason expectations.

Adam Ruffner: A lot of preseason crowns are being bestowed on a Minnesota team that has made interesting offseason noise with big name signings, but has yet to win a playoff game in franchise history. Yes, sure: The Wind Chill looked like the better team throughout most of their 2021 playoff matchup with Chicago, and they still lost to the Union. Chicago returns most of their O-line rotation that is coming off the most efficient offensive season ever, and there’s rumors of another big signing or two before the season rolls around.

But look: It’s very hard to get to the top in this league, let alone stay there for any amount of time. Ask Dallas, Madison, San Jose, and Toronto. And so I think it is the two coastal divisions—the East and the West—that may become more turbulent than they have in the past few years. The Empire and Growlers will return great rosters in 2022, but so will the heightened expectations to defend their thrones from challengers like DC, Colorado, Boston, and more.