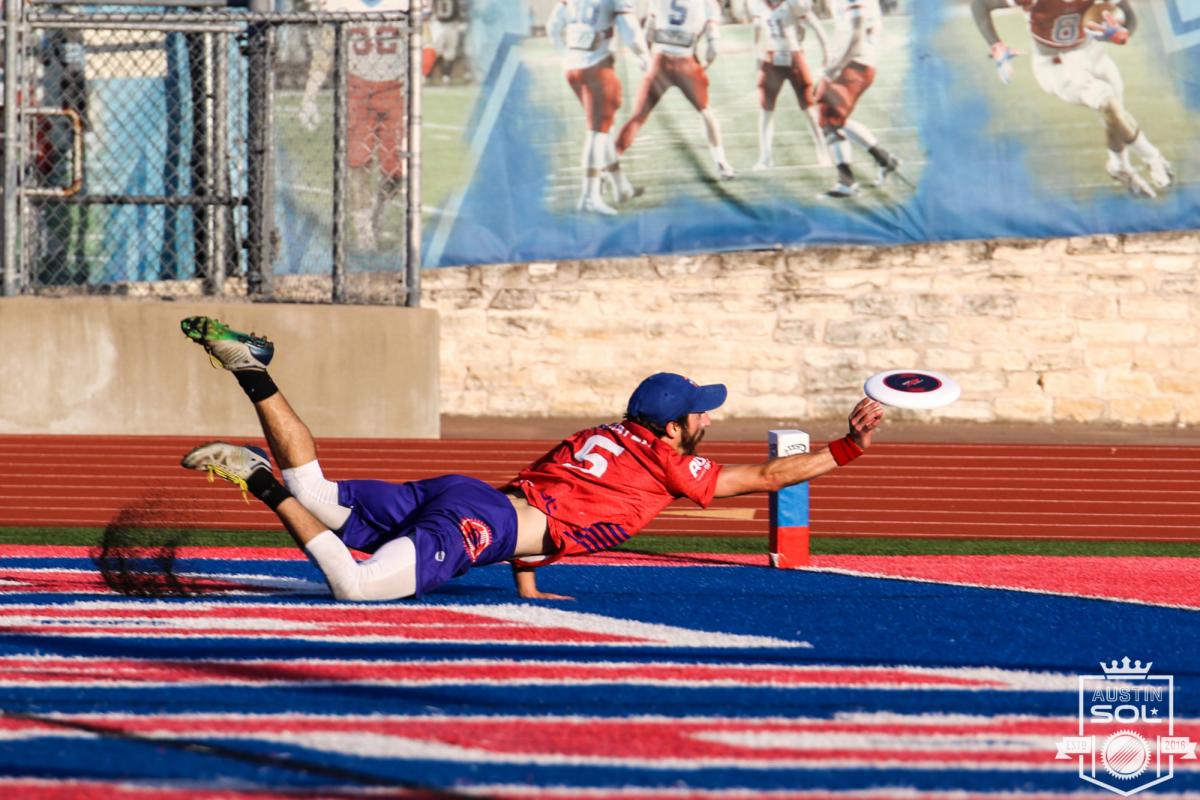 Just over two weeks until the opening of the new season! The 2022 AUDL regular season starts on Friday, April 29.

The Austin Sol open the season with six straight games against teams that qualified for the playoffs last year. How can the Sol survive this stretch, and what would you project their record to be halfway through the season?

Daniel Cohen: The Sol have the second-toughest schedule of any team this season in terms of 2021 opponent win percentage; they’ll play just two games all year against teams that weren’t in the playoffs last season, and one of those is the second game of a road double-header against the Madison Radicals. The most winnable games in their first six will be the back-to-back games against the Dallas Legion to start the season, and these will be key for Austin’s trajectory. Starting the year 2-0 should give them the momentum needed to properly challenge the Carolina Flyers and Atlanta Hustle over the next three games, but it’s still hard to see them coming away with a win on the road in the southeast. With more talent on the roster than they had a year ago, the Sol’s success will come down to their consistency in both their lineups and play, and if they can rally in front of their home crowd—they went 4-2 and had a +20 point differential at home last season—taking down the Flyers in Austin is a real possibility. I see them winning one of the two games to end their six-game playoff team stretch, with the Chicago Union potentially looking more beatable this year considering their offseason departures. Pencil in a 3-3 record for the Sol through their first six games.

Evan Lepler: I think the 2022 Austin Sol have the most difficult schedule in AUDL history. I doubt they will shy away from the challenge or make excuses, but goodness, just take a quick glimpse of the gauntlet: their first 11 games are against Dallas, Carolina, Atlanta, Chicago, and Madison, with both interdivisional games on the road. The only solace is that they are hosting Carolina and Atlanta on the second game of their opponent’s weekend, and historically that Texas back-to-back is grueling for visitors. Maybe, just maybe, the Flyers and Hustle don’t have the same fight on Saturday in Austin after a Friday night battle in Dallas. But search for a road game that Austin will be favored in; I’m not sure it exists. I liked many of the moves the franchise made in the offseason, and I believe the Sol are moving in the right direction, but even before the season has started, it’s like the ultimate gods have conspired against them with their brutal 12-game slate. If the Sol were still in the West or had Atlanta’s schedule, I’d believe a postseason berth likely and a Championship Weekend trip possible. With their current calendar, however, it’s tough to imagine the Sol reaching the midseason mark with more than three wins. Astoundingly, I think they’d be fortunate to be 2-4 through the first six. As for how they survive their schedule, they absolutely must win at least four of their five games against Dallas, but I expect the Legion to have enough firepower to win at least two of those matchups, if not more. The silver lining for Austin is that I pegged the Sol 1-11 in my preseason predictions last year; they finished 6-6 and beat Dallas twice. Now, let’s see if the Sol can prove me very, very wrong for the second straight year.

Adam Ruffner: With only two of their first six games in Austin, the Sol will have to own their home field, and maybe more broadly the state of Texas—with Dallas’s roster depreciation, Austin needs to at least split their first two games with the Legion in order to keep their heads above water. The cutting core of Eric Brodbeck, Kyle Henke, and Evan Swiatek have the talent to be a top tier offensive unit in the league, but they will have to actualize that potential immediately for the Sol to have a shot at the postseason. Austin struggled with turnovers in 2021, and cannot afford similar volumes of mistakes given the toughness of their opponents. The road slate is a real pick-your-poison scenario of top-level contenders, with Chicago potentially being the most winnable matchup beyond the Sol’s opening weekend matchup in Dallas. A 3-3 record would show this team is worthy of a Championship Weekend berth, but I don’t know if Austin is quite there to make that leap, this season, given the steep level of competition in the South; 2-4 feels very realistic, and admirable for a young Sol squad.