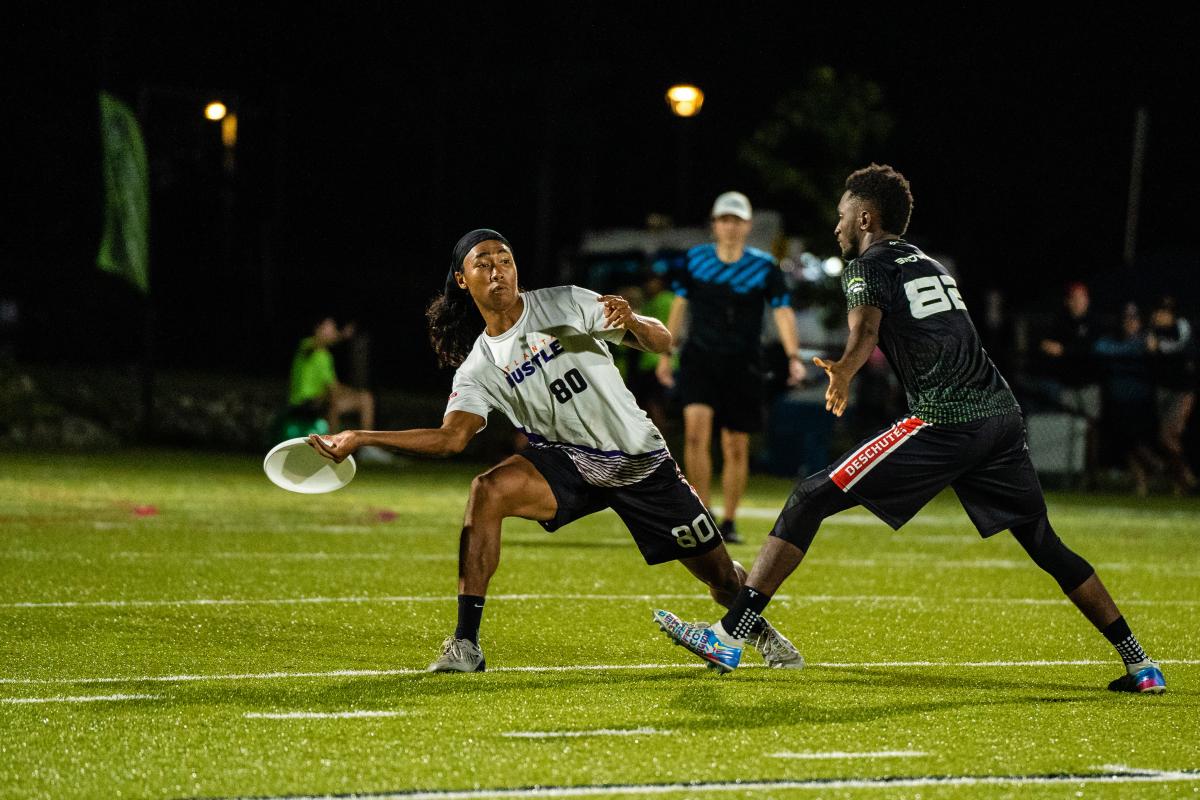 Can the New York Empire's signing of Antoine Davis put them back in the AUDL Championship Game for a third straight season?

Daniel Cohen: Yes, the New York Empire have found a comfortable home in the AUDL Championship Game and I don’t see that changing this season. They’ve returned their core stars, and in Antoine Davis they’ve added a matchup nightmare wherever they end up putting him on the field. Put him on offense and some team’s fourth best defender is going to have to guard one of Davis, Ben Jagt, Jack Williams, or Ryan Osgar. Put him on defense and teams will have to face the uber-athletic duo of Davis and Jeff Babbitt, who could probably cover an entire field between the two of them alone. Adding another all-star has leveled this team up from championship game contender to championship game favorite; expect them to again make a deep postseason run in 2022.

Evan Lepler: So I fully understand this question, but I think it’s missing the point. Before announcing the addition of Antoine Davis, the Empire confirmed that Jack Williams, Ben Jagt, Ryan Osgar, and Jeff Babbitt were all returning. That’s immediately the most dominant quartet in the league, and those four superstars will be most responsible for New York’s 2022 championship hopes. Davis can absolutely help the cause, but to be fair, he could also hurt it. Ideally, his nuclear athleticism adds more firepower to New York’s aging D-line. He also has shown glimpses of being a reliable and explosive O-line cutter. But our last impression of Davis is some shaky handling and decision-making in the thrilling Atlanta-New York playoff game; on that particular night, his four throwaways were massively detrimental to the Hustle’s upset bid. Despite that, of course I’d still 100 percent want Davis on my contending team--even if he’s not truly the fastest Davis in the league--and it’s easy to envision Antoine, who will be suiting up for his fifth different franchise this spring, having the best year of his career. To fully answer the question, absolutely Davis can help the Empire get back to the finals, but in my mind they were a championship favorite even before this news arrived.

Adam Ruffner: No AUDL team has ever qualified for three consecutive championship game appearances, so the Empire would certainly be enshrining the realness of their franchise’s name with a return to the big game; a second title in three seasons would tie New York with San Jose for most franchise titles. The returning star names are all there—Babbitt, Jagt, Osgar, Williams—and the Davis signing feels like the first of a few significant free agency additions. And there’s no real doubt that the 2022 version of the Empire, and specifically their top lines, will be able to assert themselves athletically against virtually all opponents. But winning is an alchemy, not a science, so there’s still some* room for doubt before seeing how all of New York’s talent meshes together on the field.

* Decreasing by the moment. Why am I casting doubt on this lineup?! Antoine and Babbitt are going to be the Bash Bros of the league if they play D-line together.