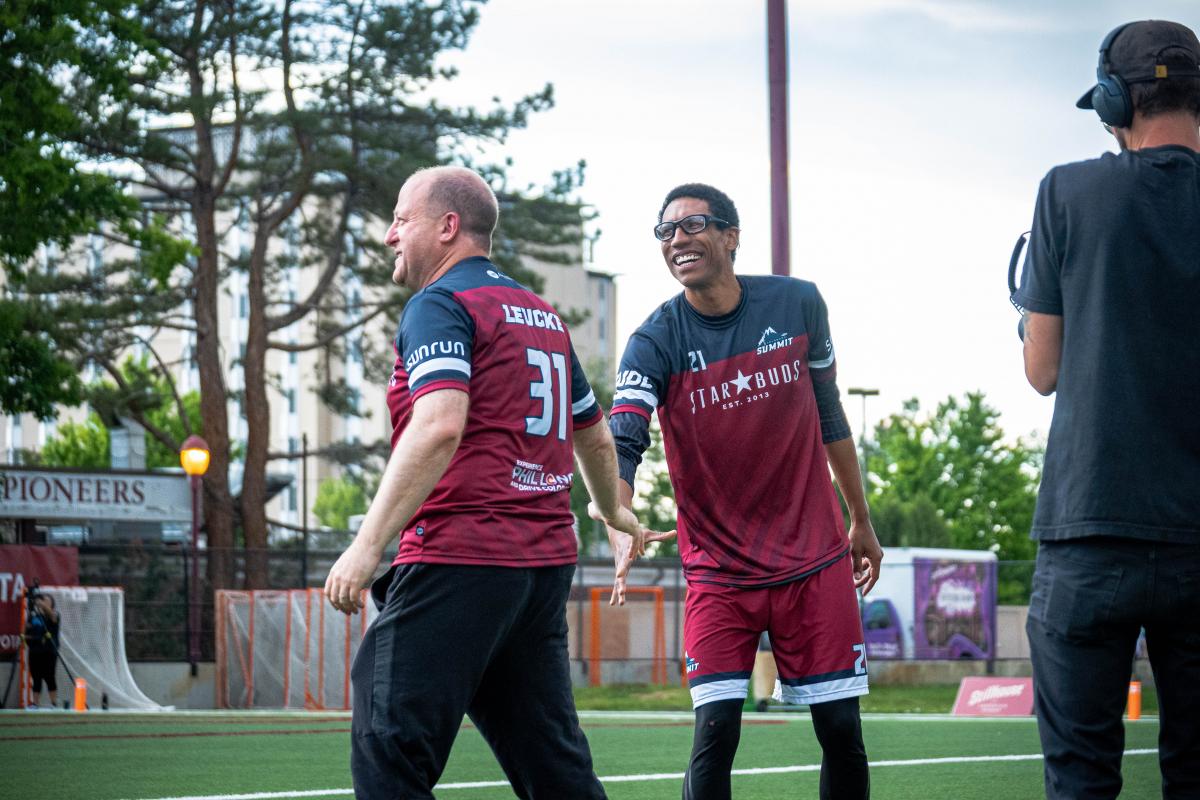 The AUDL is proud to announce that Joe "Smash" Anderson of the Colorado Summit is the recipient of the 2022 AUDL Community Engagement Award. Anderson spearheaded the Summit's diversity, equity, and inclusion committee that partnered with local organizations for outreach work, which included hosting a clinic at the Youth Offender System (YOS) facility in Pueblo, CO.

"Joe has been an outstanding force as a captain and teammate on the Colorado Summit when it comes to promoting community engagement," said Colorado teammate and former AUDL MVP Jonathan Nethercutt. "[Anderson] has been not only an extremely active voice in encouraging teammates to engage with the community, but has also led by example in this regard. In addition, he has been one of the key individuals in helping two of our team ambassadors (Seth Faris and Mark Donohue) increase their impact in the community engagement realm also. Lastly, Joe is in charge of much of the logistics of organizing community engagement events for our team, and in doing so has helped a much wider range of individuals find ways to give back to our community." 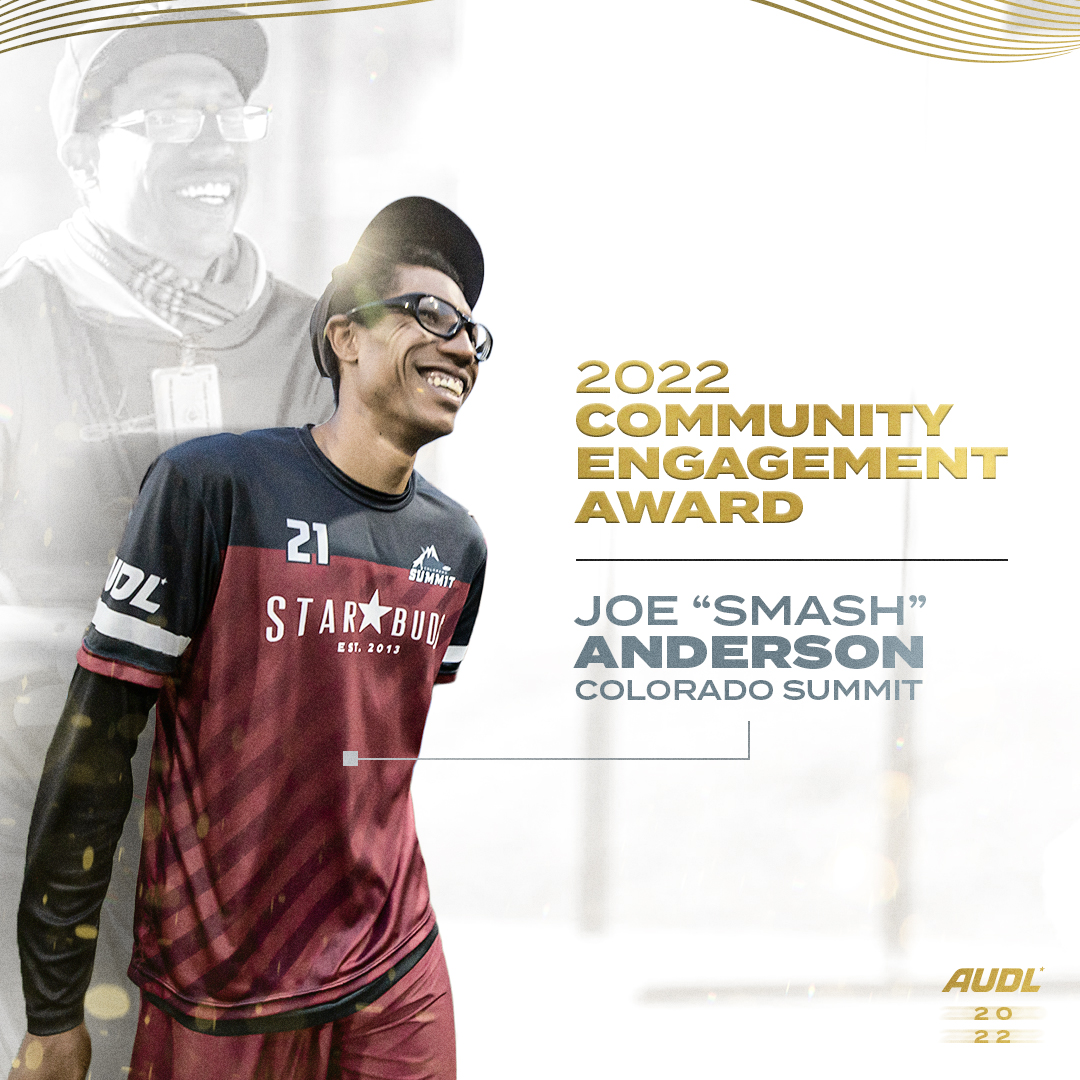 "Joe was instrumental in running the clinics and helping the other players challenge their assumptions," added Colorado co-owner Emily Hanson. "Joe is a quality human, whose positive influence on those around him is undeniable!”

The AUDL and ultimate community at large are tremendously appreciative for Anderson's work, and are honored to recognize him in small part with this award.