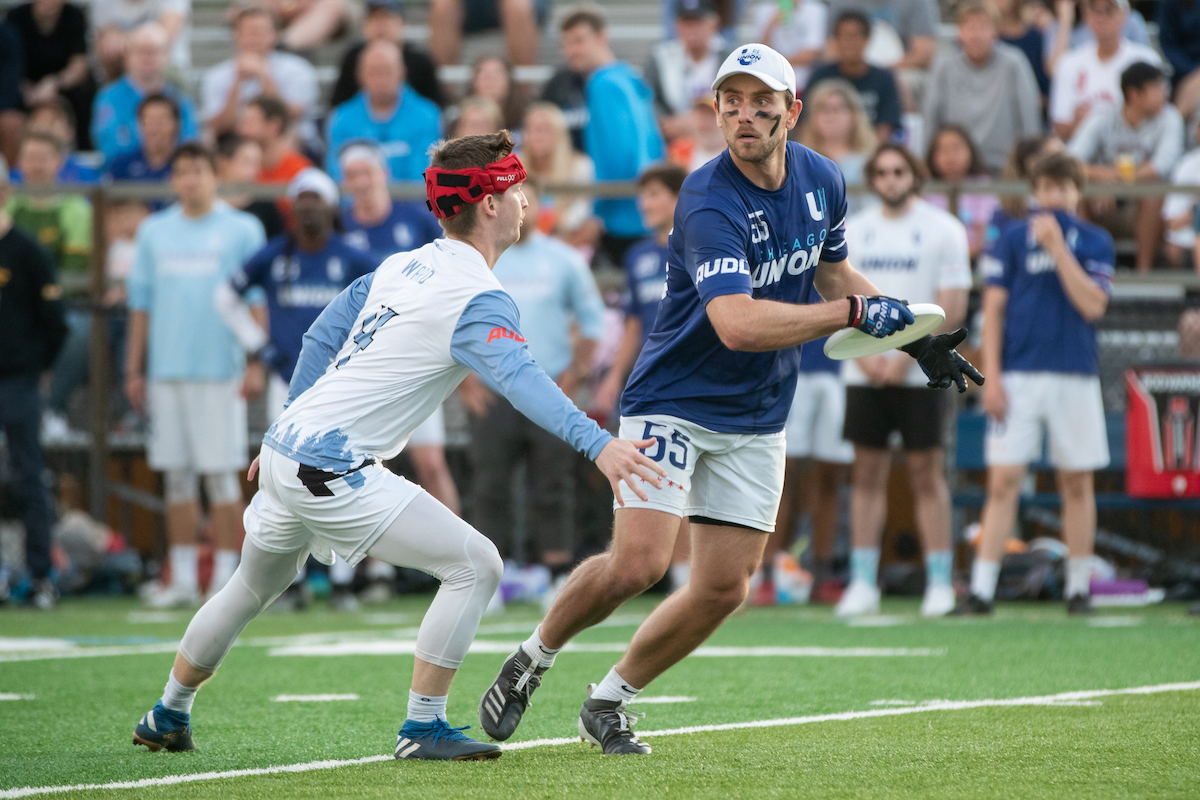 For the second season in a row, the Minnesota Wind Chill will travel to De La Salle Institute in Chicago to take on the Chicago Union in the Central Division Championship Game. The Union won last year’s playoff battle 21-19 on the strength of a late fourth quarter comeback. 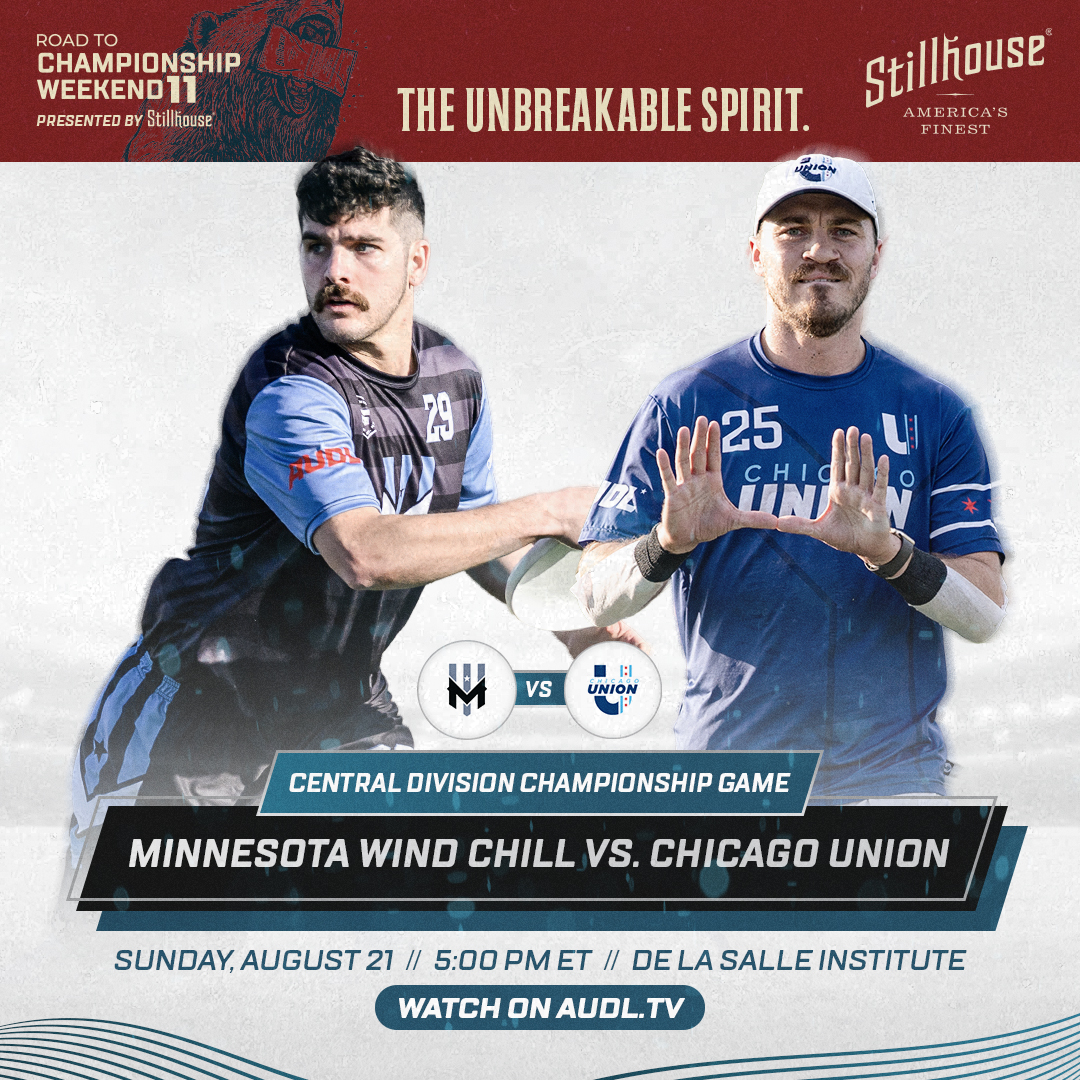 Sparks flew in the final minutes of last year’s division championship, with Chicago scoring five unanswered goals to take the late lead over Minnesota after the Wind Chill had controlled the game for three and a half quarters. Nate Goff’s flailing rejection in the lane with just over three minutes left in the game led to the game-tying goal, then it was Paul Arters with the clinching block plus assist for what would ultimately be the game-winning score on the next point. The game marked Chicago’s first ever playoff win, and they advanced to Championship Weekend for the first time since 2013.

While Chicago got their first postseason win a year ago, Minnesota got theirs six days ago, knocking off Indianapolis 20-18 in round one of the playoffs. The Wind Chill offense has been clicking as of late, as they’ve converted 62.0 percent of their offensive possessions over the last seven games, a rate that would rank sixth highest for the full season. Having given the keys of the offense to quarterback Andrew Roy, the Wind Chill are running a nicely balanced possession-based attack, with natural synergy between the backfield and cutting core. Bryan Vohnoutka has been a shark in the intermediate space, gashing defenses underneath before facilitating disc movement to Cole Jurek and Quinn Snider, among others. And while Josh Klane is no longer in the QB1 role, the firepower he brings to the backfield has been a great complement to Roy’s patience in dissecting defenses. 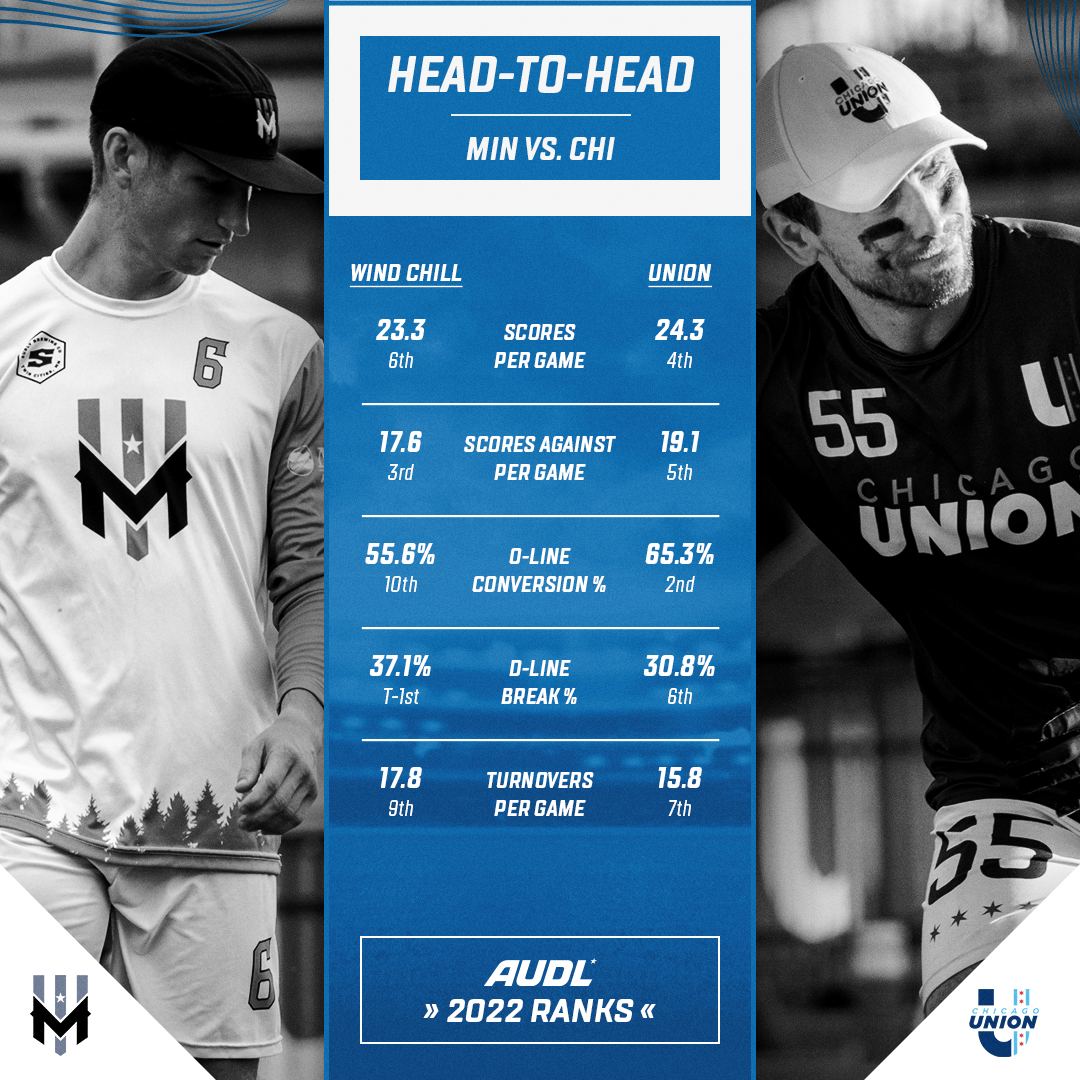 The offense will be without Michael Jordan on Sunday, but Minnesota still has more than enough depth to fill their O-line cutting core with Jurek, Snider, Vohnoutka, Marty Adams, and Will Brandt. The entire lineup is capable of handling higher touch volumes, which allows the unit to keep defenses on their heels and take advantage of out-of-position defenders.

Chicago is, however, bringing their A1 lineup of defenders to this week’s playoff game. For the first time this season, the Union will have Nate Goff, Tim Schoch, Dalton Smith, Jason Vallee, and Joe White active in the same game, all of which have assumed the role of primary D-line quarterback at various points throughout the season. Bolstered by another handful of playmakers in Jace Bruner, John Jones, and Asher Lantz, the Chicago defense is well-equipped to limit the Wind Chill attack with their strongest roster to date.

Still, we’ve seen the Chicago counterattack struggle at times this season, particularly against Minnesota; they have yet to finish with a D-line conversion rate above 50 percent in any meeting with the Wind Chill this season. The D-line’s offensive set may have some kinks to work out as guys fall into various roles, which could allow Minnesota to hang in the game longer, and even build a lead should they be able to take advantage of their own break chances.

The Wind Chill’s D-line offense converted 7-of-10 opportunities against the AlleyCats last week, their seventh consecutive game converting 50 percent or better. Abe Coffin and Dylan DeClerck continue to shine on the counterattack, with Coffin serving as the primary distributor while DeClerck has been breaking free seemingly at will downfield. The two headline a patient group that values the disc similarly to the offense and doesn’t feel the need to force fast-break shots downfield. They’ve been the fourth-most efficient D-line offense in the league this season and are averaging just over nine breaks per game, second only to New York.

The problem of course will be coming up with enough break chances, forcing enough turnovers to build a lead. This Chicago offense has been the second-most efficient unit in the league this season, having converted over 65 percent of their offensive possessions. Pawel Janas deserves his credit as center handler and offensive initiator, but this offense has reached new heights in 2022 due to its continuation game facilitated by guys like Ross Barker, Jack Shanahan, and Jeff Weis. The trio has completed a combined 33 hucks this season, compared to just 13 for Janas, as much of this offense’s identity has been built on the big plays stemming from cutter-to-cutter connections. With Paul Arters, Sam Kaminsky, and Kyle Rutledge likely rounding out their starting seven, this could be an identical O-line to what they fielded in their last game against Minnesota, when Chicago converted 76 percent of their possessions and allowed just six Wind Chill break chances (Minnesota converted four of them).

For the past few seasons, these Chicago vs. Minnesota games have generally been offense-heavy, as the defenses haven’t had many answers to the opposing attack. But as pressure ramps up in the fourth quarter and with playmakers on both sides, this game could again be decided by clutch defense down the stretch, something that has become all too familiar in these meetings.