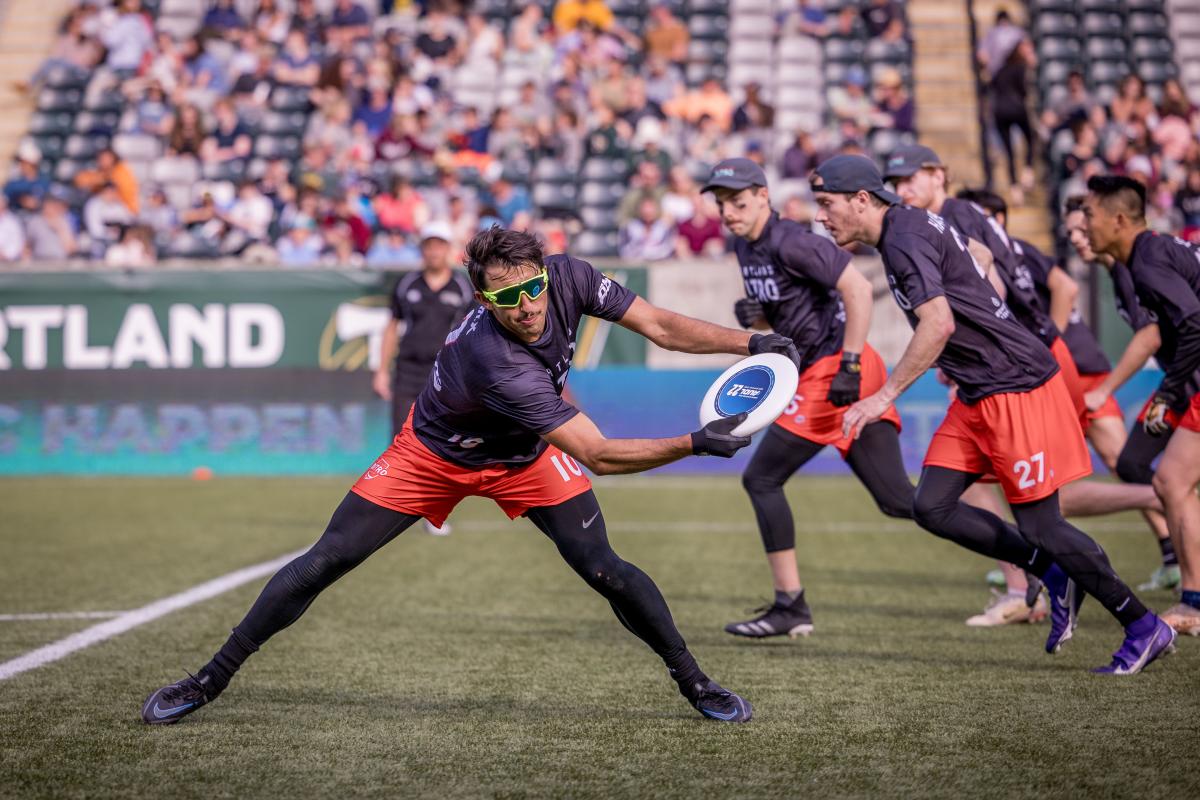 The league is proud to announce its individual awards for the 2022 AUDL season. 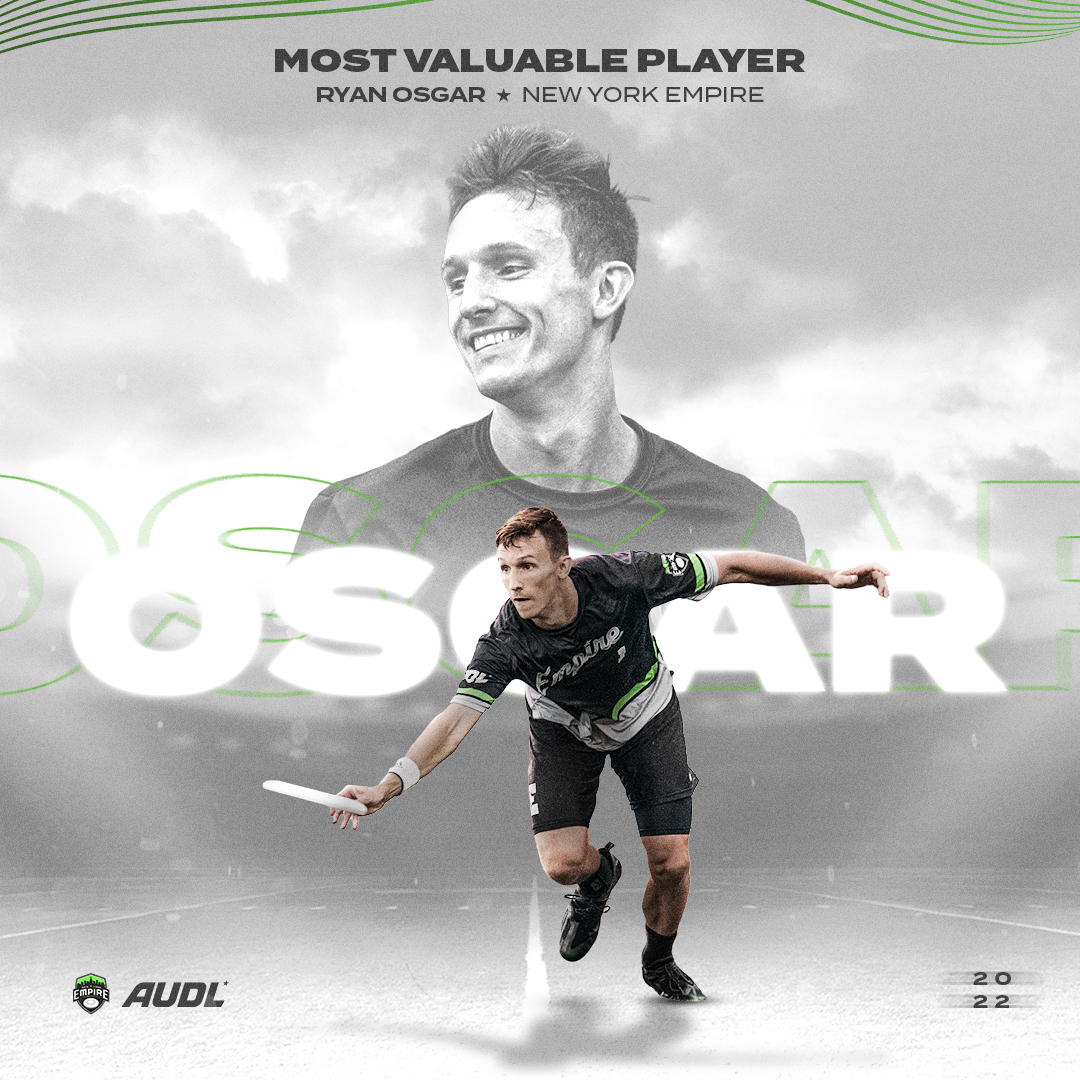 The ignition key in the league's most efficient offense ever, Osgar finished second in the AUDL in total scores (115) and fourth in total yardage (7,247) while completing 97 percent of his throws for the undefeated Empire. In 15 starts, Osgar had seven games without recording a turnover, and his season lows for scores (5) and total yards (311) in a game are still all-star level numbers. Even at distance, Osgar was borderline unstoppable, completing over 91 percent of his hucks (throws of 40-plus yards), the second highest rate in the league for players with seven or more completed hucks in 2022. 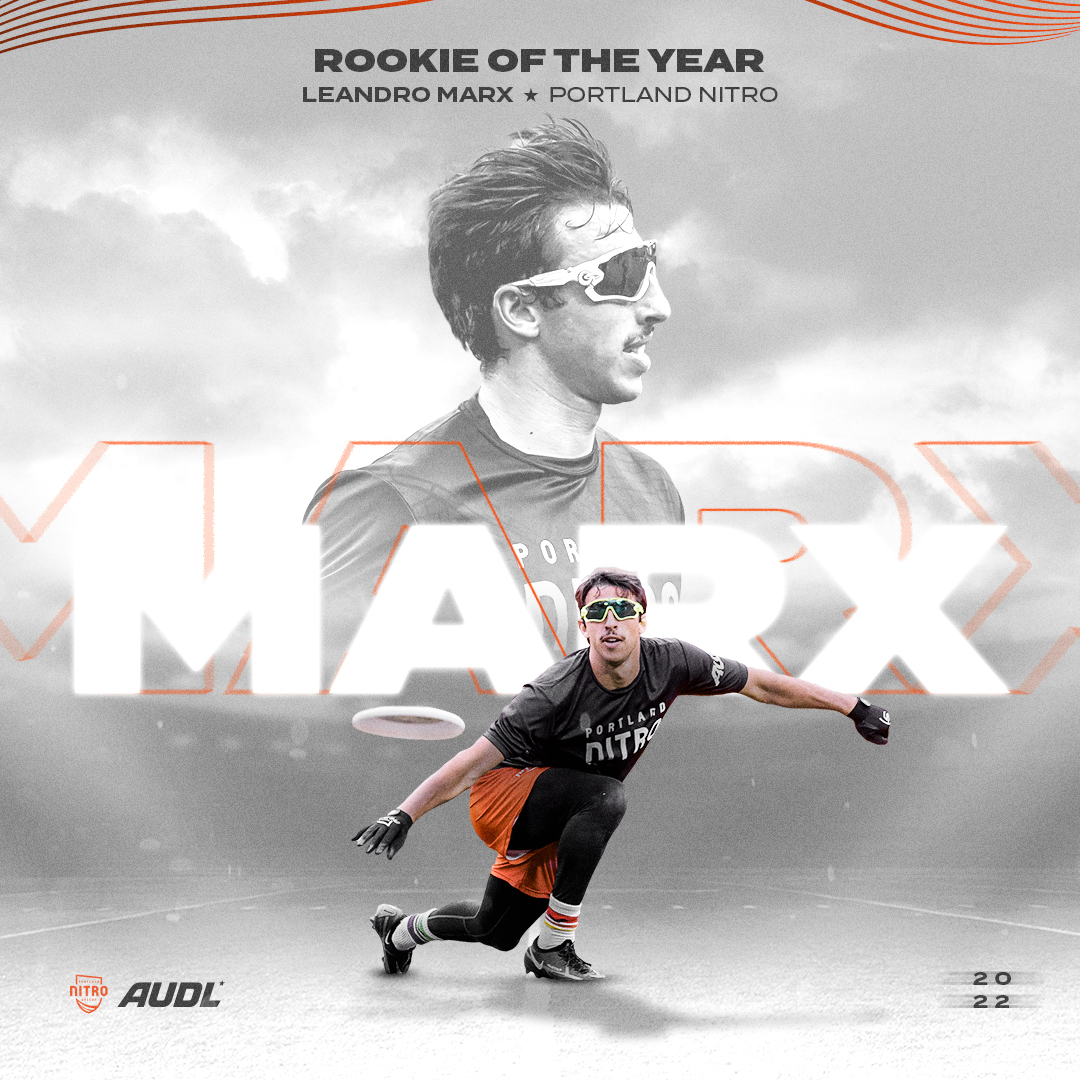 Marx had 10 scores and nearly 600 yards of offense in his pro debut and never slowed down, becoming just the sixth player in AUDL history to register at least 50 assists and 50 goals in a single regular season. Marx also became just the second player to eclipse 5,000 receiving yards in a single season, setting the AUDL single-season record for receiving yards per game (443). Among players with at least six starts, Marx led the league in per game averages for points played, scores, receiving yards, and total yards. 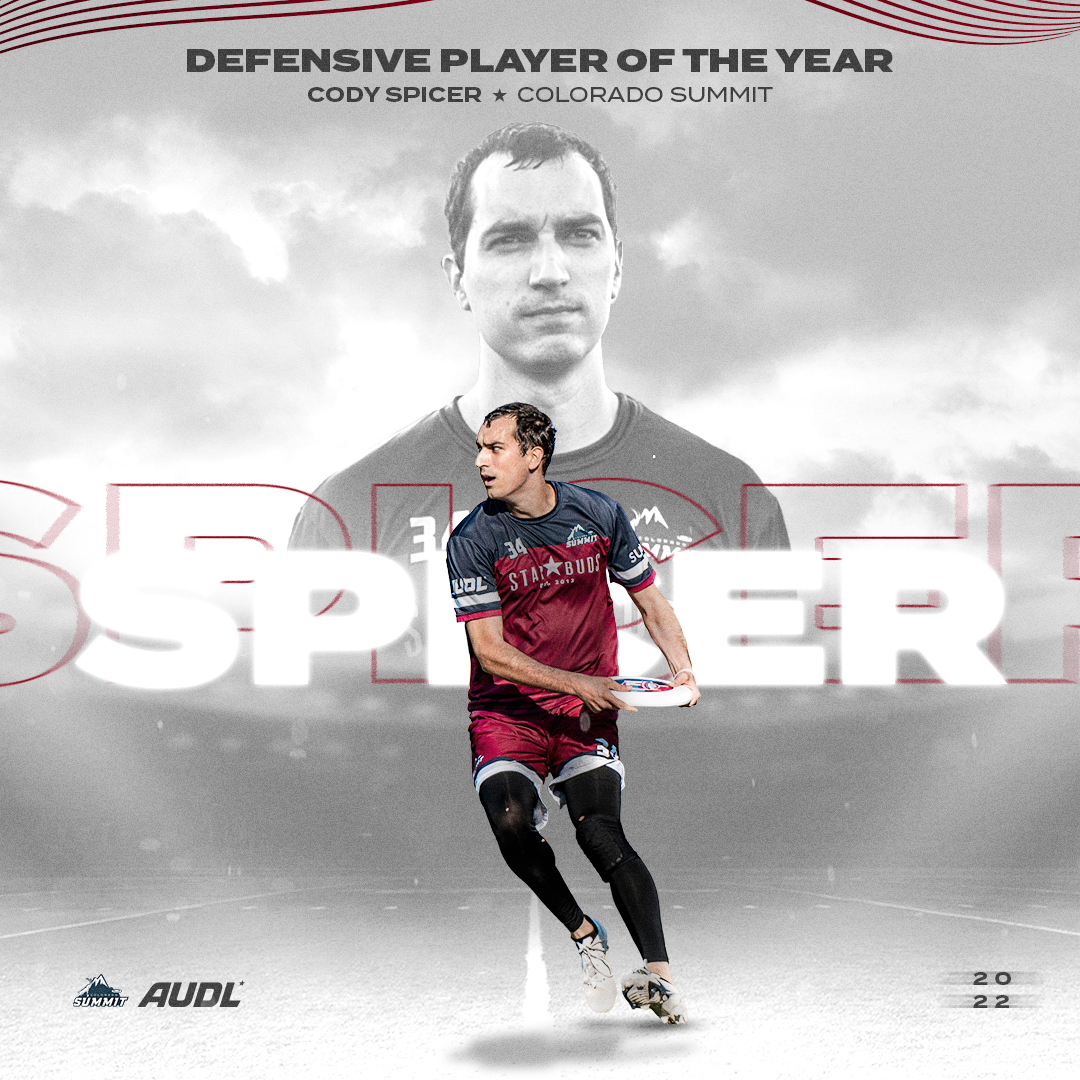 The captain of the Summit defense, Spicer took the top opposing matchups every week during the 2022 campaign, and executed lockdown coverage while also leading the Colorado counterattack following opponent turnovers. Spicer led the league in defensive points played (334), and still tallied 40 scores and completed 96.5 percent of his throws for a Summit D-line that converted the fourth most breaks per game in the AUDL in 2022. 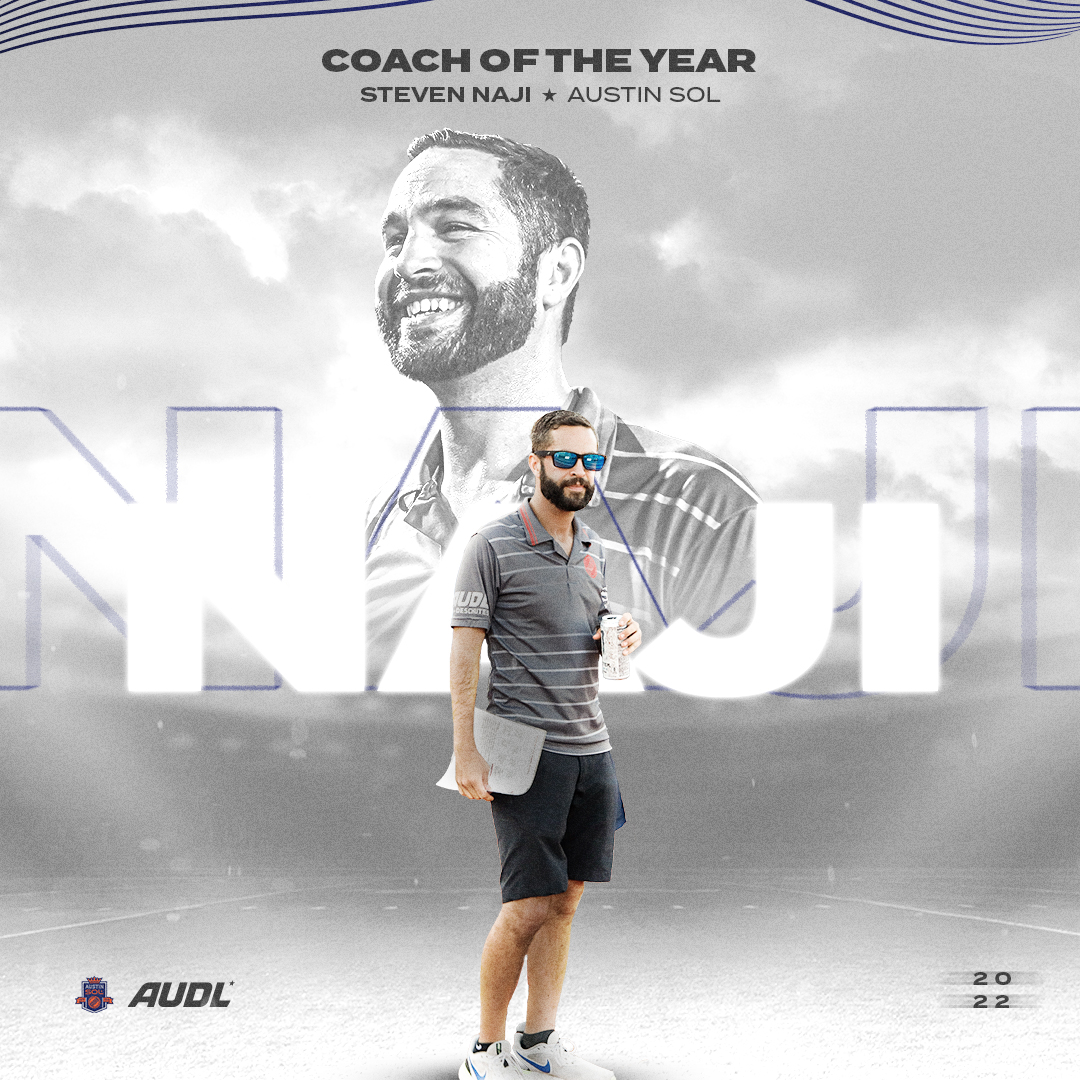 With just two playoff spots in the South, and two established divisional powerhouses in Carolina and Atlanta loaded for deep playoff runs, the Sol had one of the hardest roads to the postseason. But a 6-0 home record that included wins over the aforementioned Flyers and Hustle propelled Austin to just their second playoff appearance in franchise history, with Naji's confidence in his young team yielding big results. A tactician with an attention for details, Naji helped improve the Sol from the third worst offensive red zone rate in 2021 to the third best in 2022, making Austin adept at situational execution in big moments. 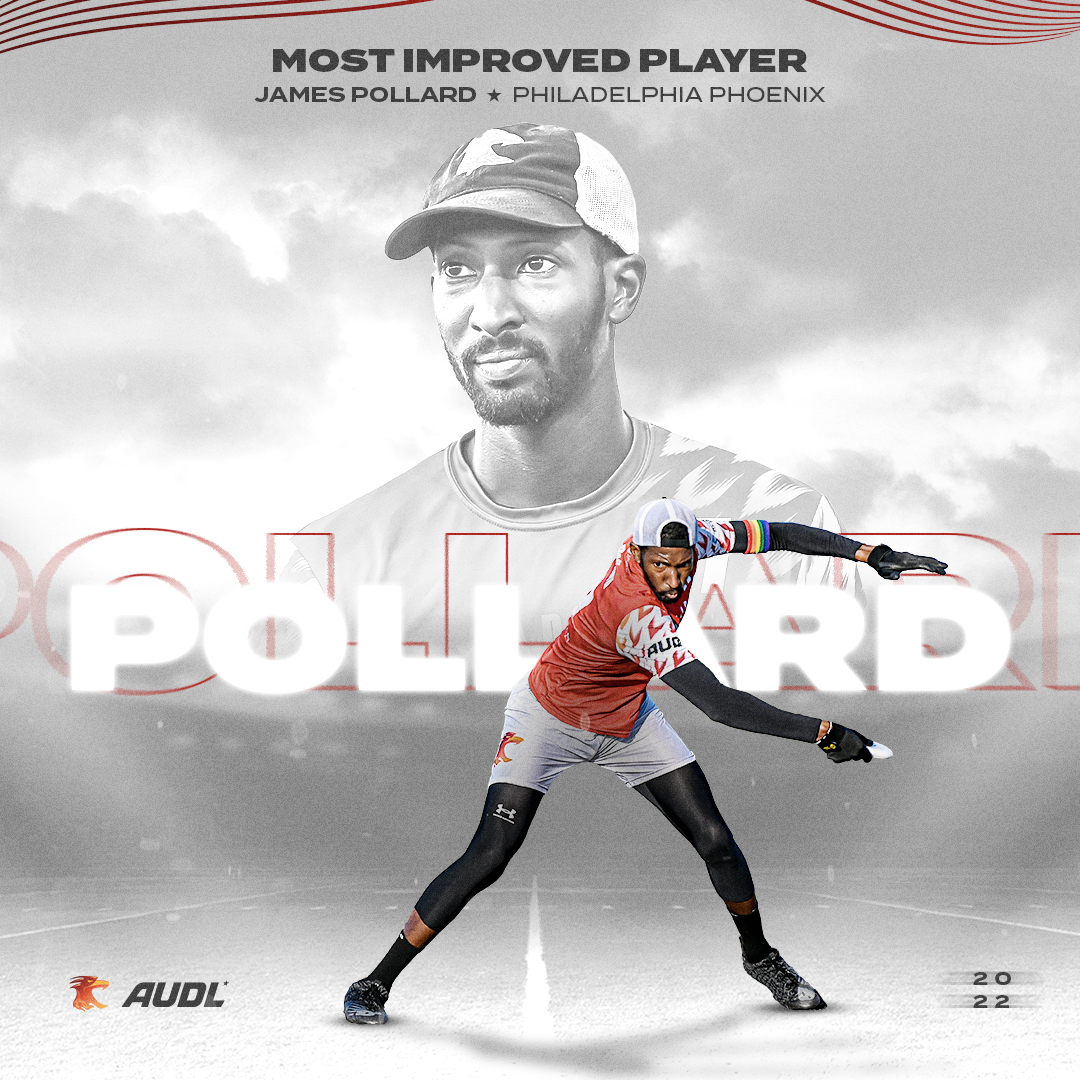 After spending his first three seasons on the Phoenix defense, Pollard exploded in his first sustained run as an offensive starter in 2022, helping Philly end a playoff draught that lasted nearly a decade. Pollard was dangerous as both a thrower and a receiver, putting up 82 scores and 5,806 yards as part of Philly's imposing deep attack. His 27 hucks were the third most in the AUDL this season, and included seven different games with at least two huck completions.