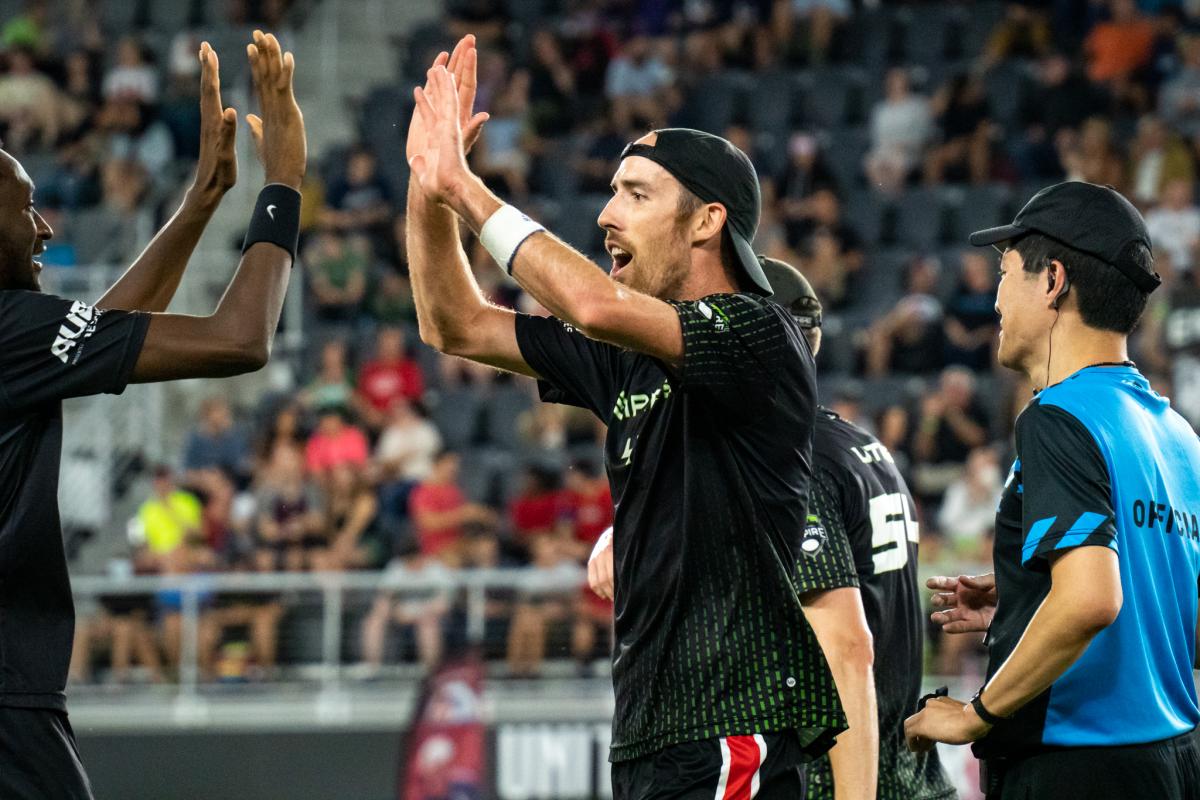 With the first-ever AUDL video game scheduled for release in the summer of 2022, what better way to spice up the offseason than by impulsively speculating on individual player ratings? If Kevin Durant and Trae Young were displeased, just imagine how Pawel Janas or Rowan McDonnell might feel when they see their entire ultimate existence represented by a two-digit number that’s a half-dozen points lower than they were expecting. Prepare for social media outrage and on-field vengeance!

Ok, ok. My goal is not to rile everyone up—though it certainly could happen—but rather to contemplate where some of the league’s elite skills reside. “AUDL 2022” is still in the early stages of development, but if programmers had to isolate the best individuals in terms of speed, catching, throwing, blocking, and overall, here’s where they might start.

These ratings are entirely based on my own speculation, but backed up by recent AUDL history, with an emphasis on the 2021 season. For the purposes of this exercise, I am only considering players who took the field in the United States in 2021. (Sorry, Canada. I can’t wait to see you in person again in 2022!) 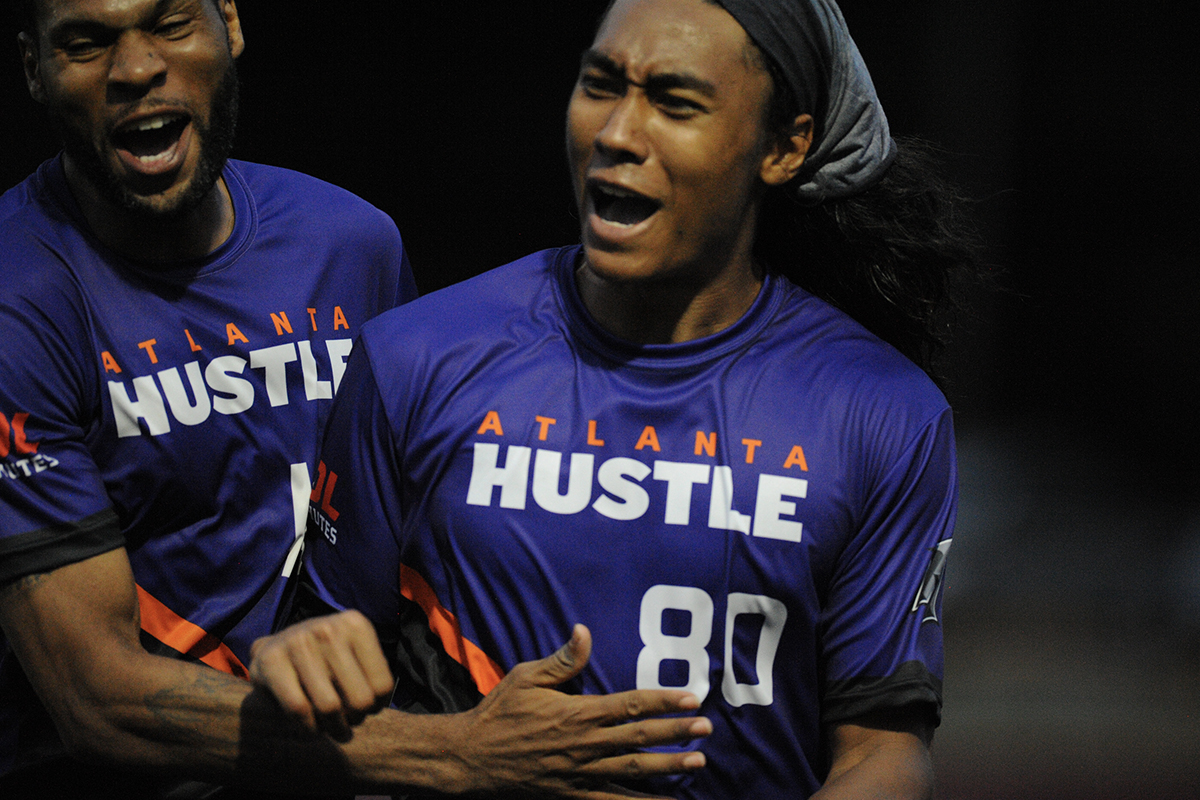 Analysis: Davis confirmed his crown in this category when he embarrassed his Hustle teammate, Matt Smith, in pursuit of a high-stall huck from Player Pierce in Atlanta’s regular season victory over New York. We all know Smith can fly too, but he got roasted in the race for this particular score, as Davis showcased his powerful straight-line ability. And as this top five indicates, don’t be surprised if the Raleigh Flyers have the most collective speed depth of any team in the league! 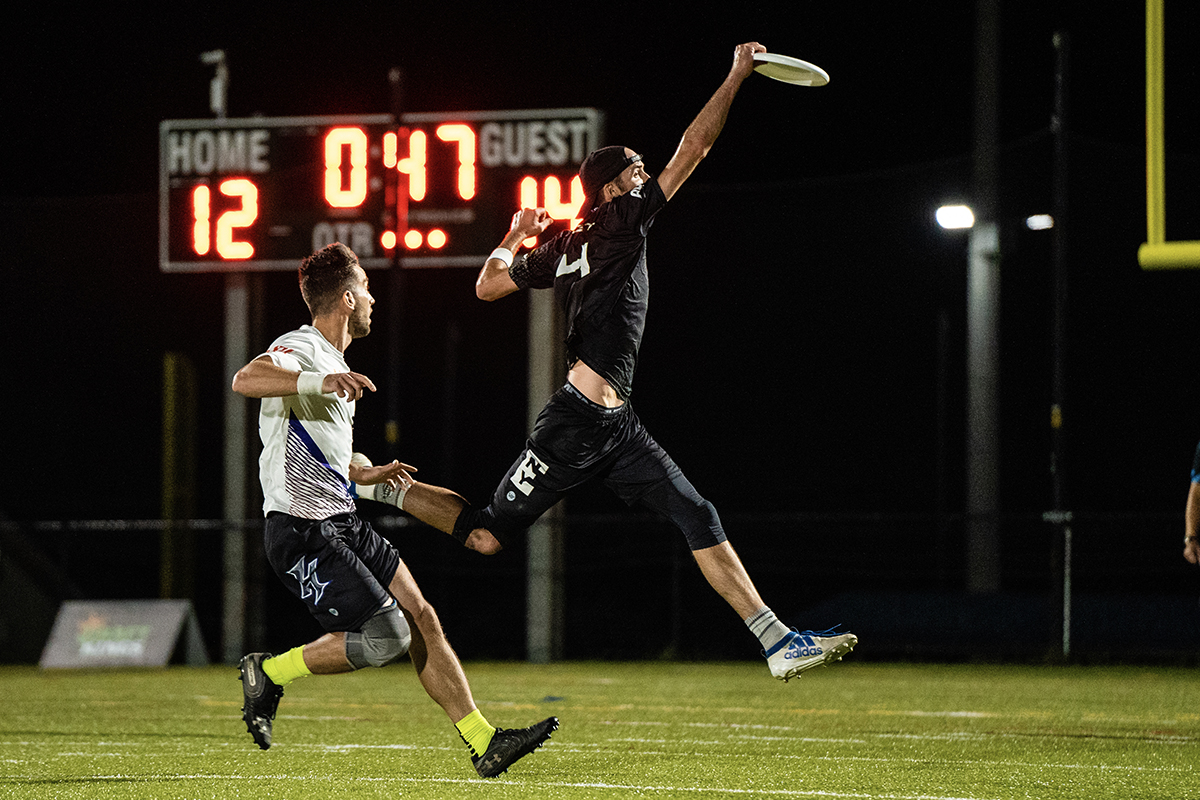 Analysis: Jagt, like everyone else, is not immune from the occasional doink, however his ability to make insanely difficult grabs and get open at will have made him a two-time MVP. He routinely catches blading discs with full extension layouts, effortlessly skies over multiple defenders, and magically delivers stunning snags off deflected discs that would have been blocks against most any other cutter. Like his past two seasons in real life, Jagt’s a pretty good bet to be the most dominant individual player in the first edition of AUDL 2022. 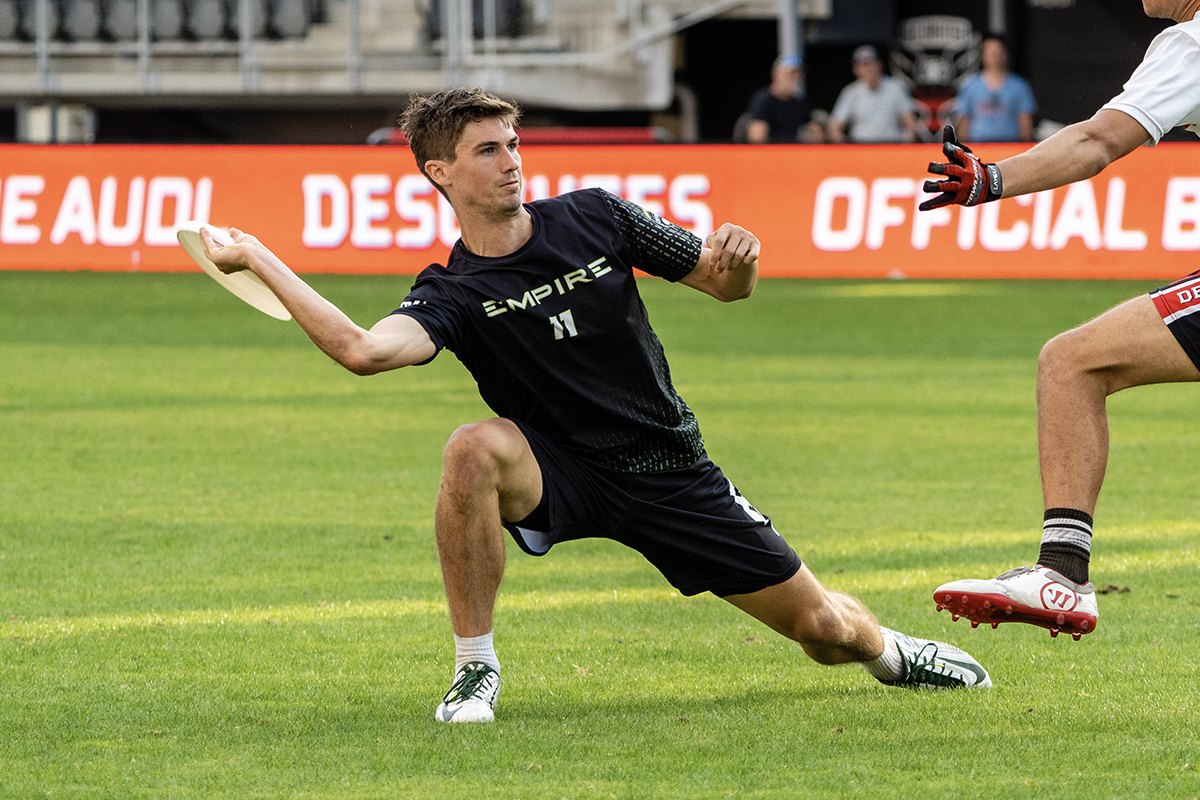 Analysis: This category, like every other, could be divided into several other sub-categories. Hucks, resets, breaks, forehands, backhands, hammers, and scoobers would all reveal a unique top five, and hopefully, the video game reaches a point where each of these different areas are rated and then aggregated to reach a final ranking. For now, Williams gets the nod as the premier all-around thrower, a tribute to his versatility and excellence. But if you think the top five should include Max Sheppard, Sol Yanuck, Johnny Malks, Goose Helton, or Andrew Roney, in whatever order, it’s hard to argue too vociferously. The league is loaded with big-time throwers. 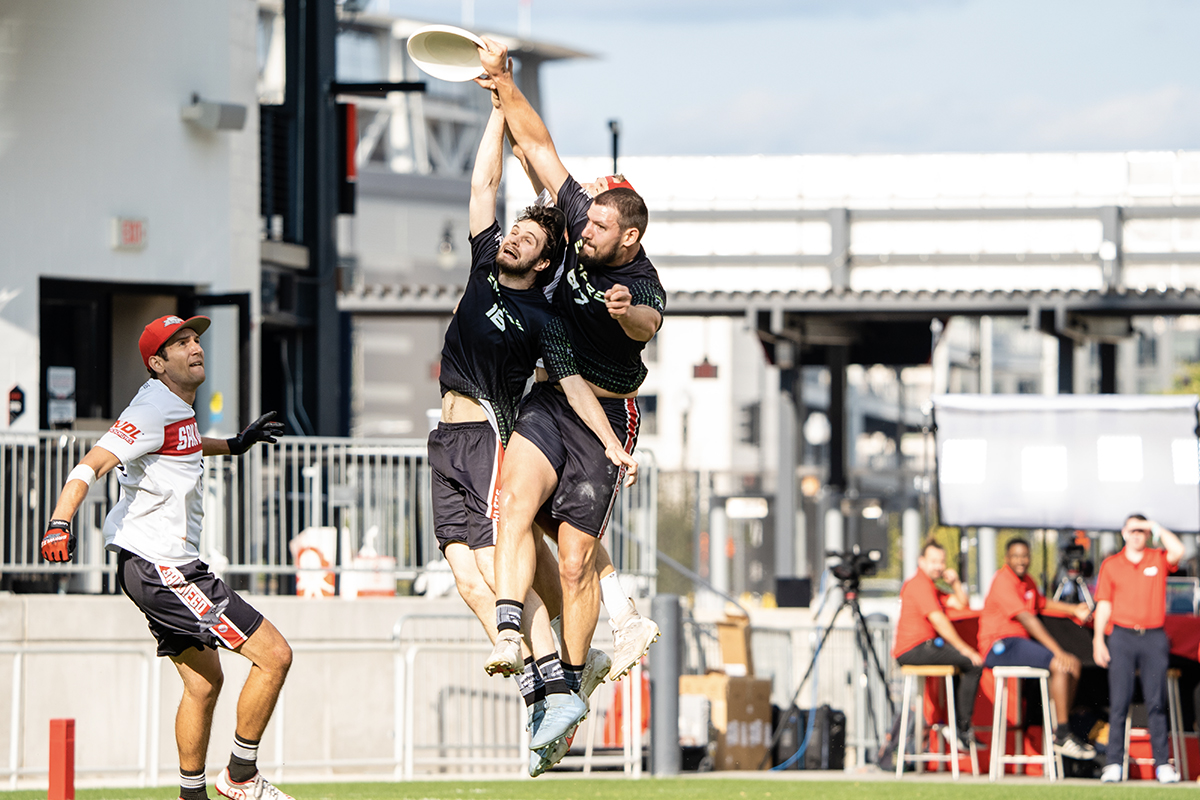 Analysis: With apologies to twin brothers Mike and Ryan Drost, first and third on the all-time AUDL blocks, respectively, Babbitt’s presence and prowess reigns supreme in the video game’s block party. The hulking defender has long played bigger than his actual size, with an explosive vertical leap, devastating closing speed, and unrelenting willingness to throw his body around in order to make a play. I can’t wait for the real Jeff Babbitt—a noted and accomplished gamer, by the way—to master AUDL 2022 and register something wacky like 24 blocks in a single virtual contest. 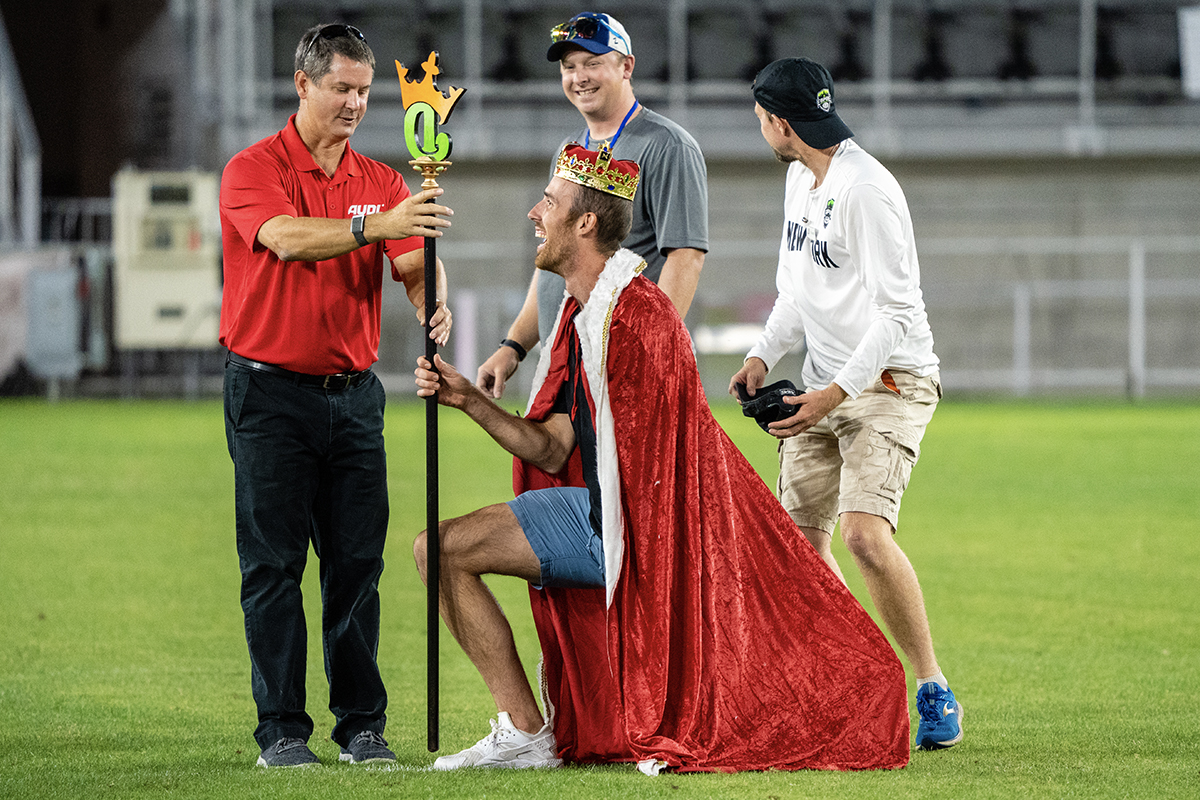 Analysis: Jagt’s combination of size, speed, skills, and savvy—basically the simple explanation for how he became a two-time AUDL MVP—make him the top rated overall player in the game, regardless of whether it’s a real-life or virtual endeavor. He’s also been remarkably durable, with a knack for coming up huge in the biggest moments. He can run, throw, catch, and defend, all at an extraordinarily high level. He’ll turn 30 next August, and there’s unquestionably a tantalizing wave of young talent rising up into the premier echelon, but presently, the 6’6” Jagt stands alone.

Obviously, there are many great players who have gone unmentioned in this article, including several you could build a champion around. Hopefully, just like real life, video game ratings will ebb and flow based upon recent events and an individual’s natural ascent and decline.

While I am not an avid video gamer myself—though I did join a buddy in a Thanksgiving conquering of Bubble Bobble on an NES classic—I am very intrigued by the possibilities of a fully developed AUDL video game, and how it could positively impact the future of ultimate around the world.

In the meantime, the countdown continues to AUDL 2022, both in terms of the video game and the start of the league’s actual second decade!