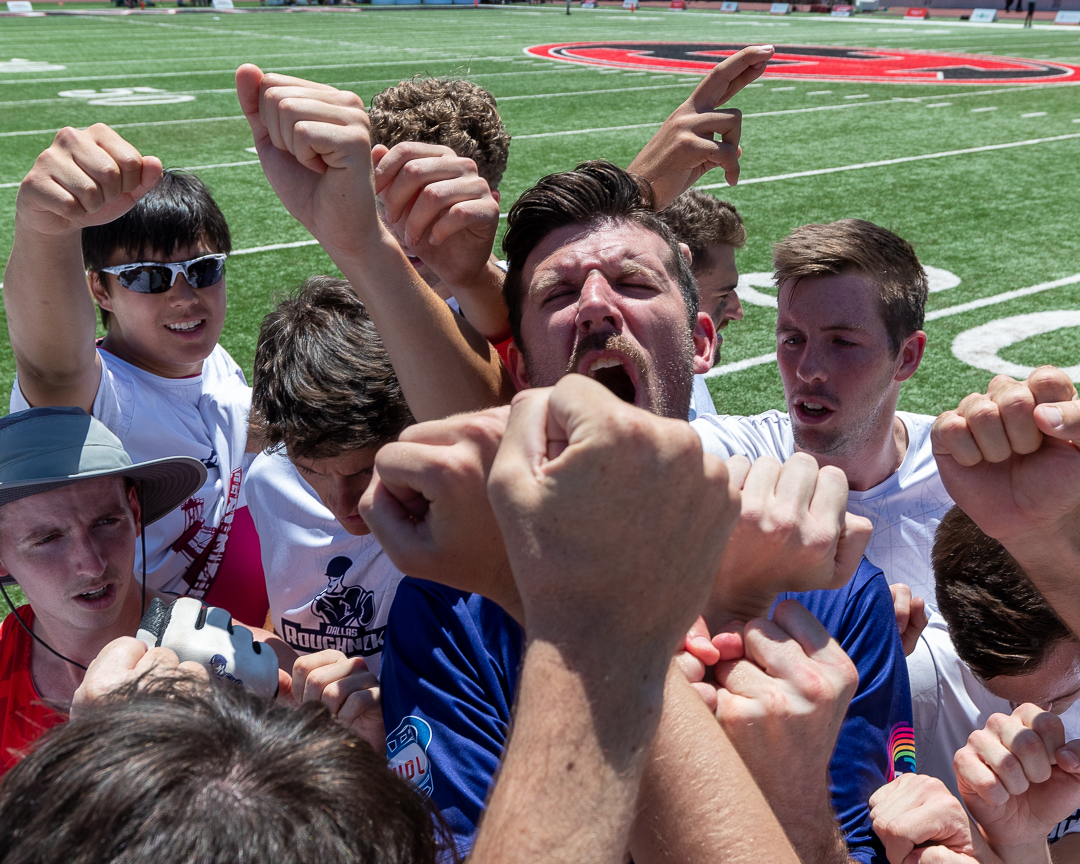 “After an exhaustive renaming process, we chose to rebrand the team to the Dallas Legion because legions were very successful in adjusting to their opponents’ strengths and weaknesses,” said Drs. Young and Ivy Byun, who have been with the team since its first season. “Legionaries ate, slept, trained, and fought together. There was a sense of unity, camaraderie, and pride in their identity. We are inspired by the Roman legion’s strength, effectiveness, and longevity, which we want to embody as we build pro ultimate to be an enduring, long-lasting force in the Dallas community,” they added.

Dr. Young Byun, MD, MBA and Dr. Ivy Byun, PhD, LPC are taking over as the team’s sole owners. Dan Emmons will take over head coaching duties as Wes Nemec returns to the team as an assistant coach, along with former Dallas player, Casey Hogg, and newcomer, Jerome Price. Ms. Melissa Battis will assume the role of General Manager. The Legion also plans to move practices and games to a more central location in the Dallas Fort Worth Metroplex.

Former majority owner, Jim Gerencser, is remaining active in the Dallas ultimate community as he focuses on new ventures in youth and technology.

Since their inception to the AUDL in 2016, Dallas has been one of the most successful teams, highlighted by their undefeated championship inaugural season that same year. The team has also represented the AUDL’s south division at championship weekend each of its first four seasons, finishing runner-up in 2018 and 2019.

Emmons, who is a longstanding superstar from the Metroplex, will be making his coaching debut in the AUDL. However, he is not new to the team, excelling the past five seasons as an imposing defender, leading the team in blocks (27) in 2016. Emmons was selected to the AUDL All First Defensive Team that same year and was later selected as a team captain for the 2018 and 2019 seasons.

“Transitioning from player to coach is an honor for me and I can’t wait to get started as head coach of the Dallas Legion,” Emmons said. “I’ve formed many great relationships in this league, and I look forward to working with Wes [Nemec], Casey [Hogg], and Jerome [Price] to bring another championship home to Dallas, Emmons added.