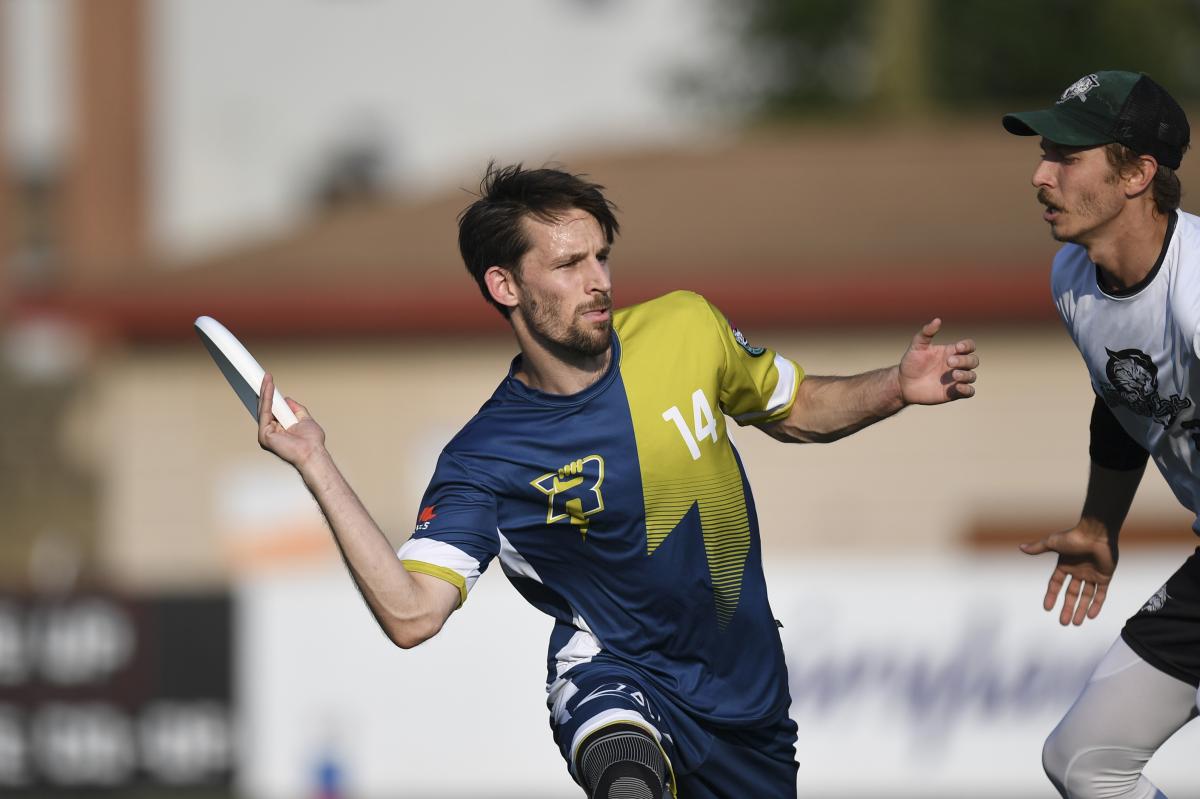 Ross Barker, Chicago Union
In the 10 games across the league in Week 7, only seven players recorded 300 receiving yards in a game. And believe it or not, Chicago’s Barker was the only player in the league to have at least 300 receiving yards in a game that he also won this past weekend. It was a relatively resistance-free afternoon for the Union offense against Indianapolis, but Barker accumulated 371 receiving yards along with five goals, three assists, two hockey assists, and no turnovers, as Chicago jumped out 4-0 and won 24-18.

Manny Eckert, Seattle Cascades
Though it’s tough to select a single individual Cascade from the true team effort, Seattle’s o-line quarterback is certainly worthy of recognition. Eckert threw for 377 yards and six assists as Seattle earned the franchise’s first ever win over Dallas on Friday night at Memorial Stadium. Beyond the statistics, his clutch playmaking throughout the second half was crucial in the Cascades closing out the victory.

Karl Ekwurtzel, Atlanta Hustle
In his first game of the season playing O-line, Ekwurtzel delivered a ‘why hasn’t this guy been on offense all season?’ performance against Philadelphia on Friday night, erupting for five goals, two assists, and one block in his 14 points played. He also led the team with 260 receiving yards against the Phoenix, 112 more yards than he had registered as a receiver in his first five games. On Saturday against DC, Ekwurtzel was solid again, playing turnover-free and contributing to three scores. Overall, during the Hustle’s massive 2-0 weekend on the road, the 31-year-old veteran finished +11, a remarkable reality especially when you consider his career plus/minus was +8 in 16 career AUDL games prior to the weekend.

Jay Froude, Dallas Roughnecks
AUDL media titan Daniel Cohen astutely pointed out that Froude has averaged three blocks per game in his last four contests playing primarily on the Roughnecks’ D-line, a tear he continued by getting three Ds in Dallas’ must-win Saturday night contest in San Jose. He finished the Roughnecks’ two-game weekend with three goals, three assists, and five blocks, while also leading Dallas in receiving yards on Friday night in Seattle with 338. But the switch to D-line helped reconfigure the offense and give Dallas another dynamic athlete on defense, reminiscent of Froude’s switch late in the 2019 season that helped propel the Roughnecks to the championship game.

Brett Hulsmeyer, Atlanta Hustle
Speaking of defense, Hulsmeyer now leads the league in blocks after recording seven in Week 7, three on Friday night in Philly and four against the Breeze on Saturday. The towering 23-year-old has been a revelation throughout the season; yes, he had 12 blocks in 10 games in 2019 when he made his AUDL debut, but he’s got 18 Ds in just seven games so far in 2021, using his size, speed, and instincts to thwart his opponents on a weekly basis. Hulsmeyer can do more than just get blocks, however, as evidenced by his 30-for-31 throwing performance on the road this past weekend.

Logan Pruess, Madison Radicals (pictured)
With 6:41 left in the fourth quarter on Saturday night, Madison trailed visiting Indianapolis 16-14, and the Radicals’ postseason hopes were on the fritz. From that point on, however, Pruess, the 28-year Radicals vet, played every point the rest of the way, and Madison mustered three straight goals to escape with a thrilling 17-16 victory. Over this final six-plus minute sequence, Pruess went 17-for-17, contributed a gigantic block when his team trailed by one, and scored the go-ahead goal with 1:55 remaining. And after an AlleyCats throwaway on the final point, Pruess’ 14-yard pass to Victor Luo was the last dish the Radicals required to run out the clock on their frustrating, mortifying, and ultimately exhilarating one-goal win.

Austin Taylor, Atlanta Hustle
Yes, you better believe this Week 7 Honor Roll includes a third member of the Atlanta Hustle, and this was not a hard call. Taylor threw nine assists, scored three goals, and accumulated an amazing 990 yards of offense in the Hustle’s pair of victories over Philly and DC, reinvigorating Atlanta’s quest for a home playoff game. Taylor led participants on Saturday with 395 throwing yards, his season-high and the second-most for any distributor across the league this past weekend.