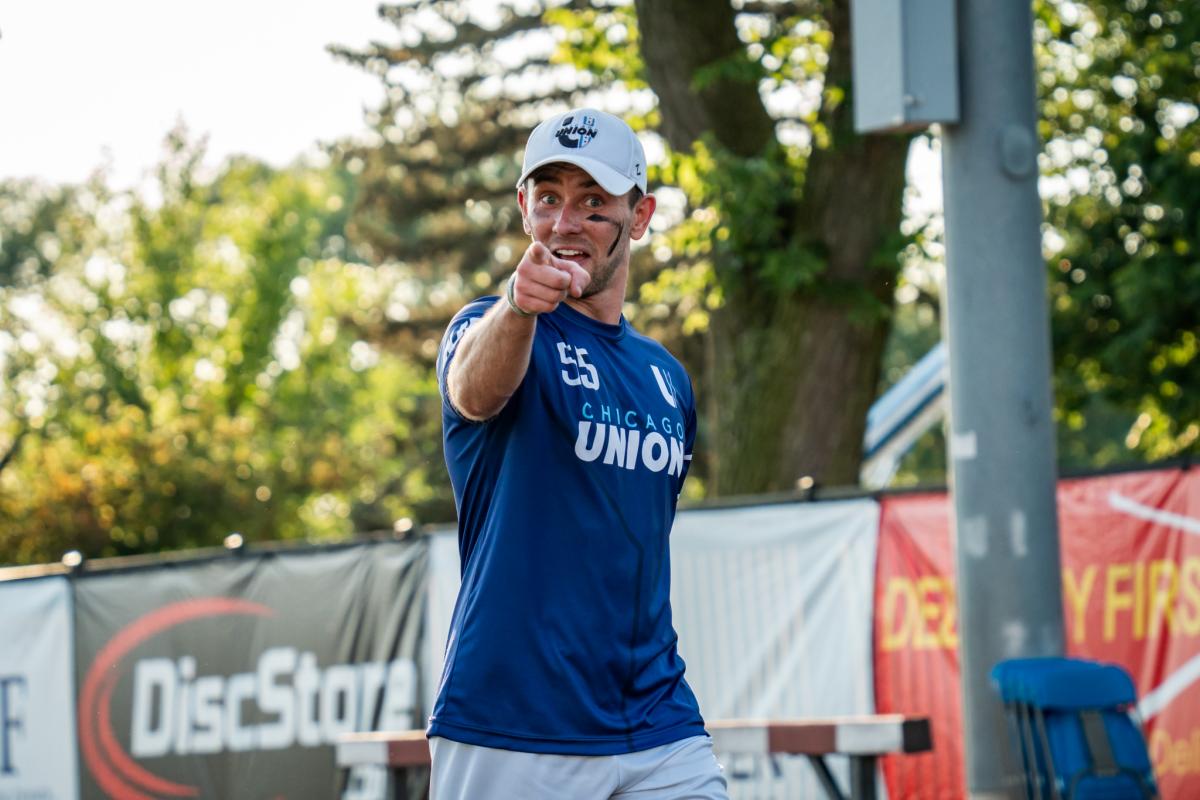 Pawel Janas, Chicago Union
For the first time this season, the inimitable Janas led his team in both throwing yards AND receiving yards, punishing Madison not just with his pinpoint tosses but also his timely cutting in the Union’s 18-15 victory on Friday night. In aggregate, he accumulated a game-high 684 yards while also completing all 51 of his pass attempts to help Chicago remain undefeated. Through five weeks, the Union are averaging fewer than 10 turns per game, and the Chicago O-line, anchored by Janas, has only been broken nine times in five games.

Kaplan Maurer, Dallas Roughnecks
After playing primarily on the Roughnecks D-line in past seasons, Maurer has become a cornerstone on offense too, with his best game yet coming on Saturday night against Seattle. Playing just 17 points, he registered five goals and six assists, finishing with a +11 that more than doubled the next best plus/minus in the game. Maurer also completed all 39 of his passes and racked up 454 total yards as Dallas bounced back from the San Diego setback and improved to 3-2 on the season.

Kevin Pettit-Scantling, Madison Radicals
There was minimal wind in the Windy City on Friday, and there was zero atmosphere to deter the offenses at (indoor) Grand Park on Saturday, but KPS still disrupted disc movement several times during the Radicals’ doubleheader weekend. The league’s leader in blocks recorded five Ds in two games, four of which came on the second night of a back-to-back against the AlleyCats, a game where no one else on either team got more than one block. While he has the advantage of having played seven games while some other teams have only played four, Pettit-Scantling’s 16 blocks are six more than anyone else in the league, and his plus/minus (+35) is also number one, four better than Indy’s Levi Jacobs and Boston’s Tanner Halkyard, who are currently tied for second.

Drew Swanson, Chicago Union
The 25-year-old defender continued his playmaking rampage against Madison on Friday night, throwing his body around for two momentum-swinging blocks along with snagging two goals. Across the entire league, only nine players who’ve seen action in multiple games this year are averaging at least two blocks per contest, and Swanson’s actually producing three blocks per game. A member of the AUDL’s All-Rookie team in 2019, Swanson now has registered 32 career blocks in just 15 regular season games, making him one of three players in AUDL history to average multiple blocks per game in at least 15 games.

Jimmy Towle, Pittsburgh Thunderbirds
Often overshadowed a bit by top teammates Thomas Edmonds and Max Sheppard, Towle’s typically steady contributions ticked up a level in the Thunderbirds’ 23-20 triumph over Philly on Saturday night. Along with four assists, three goals, and over 400 total yards, Towle came up big in several critical sequences throughout the game, helping Pittsburgh pick up its first win of the year. “[Jimmy’s] been a key voice on our O-line this year and was absolutely everywhere vs. Philly,” said Thunderbirds’ Coach Pat Hammonds.

Seth Weaver, Raleigh Flyers
The 23-year-old first-year Flyer had his best game of the season on Saturday in Tampa, exploding for a +7 performance while playing nothing but D-line. Against the Cannons, Weaver accumulated four assists, two goals, and one block, while also completing all 18 of his passes as an anchoring D-line handler. As a unit, the Raleigh defense recorded 14 breaks in a rout on the road, and Weaver, along with fellow handler Elijah Long, were both massively important in converting turns into scores throughout the game.

Jake Worthington, Austin Sol
Unofficially, when a 20-year-old rookie making his AUDL debut delivers a game-changing Callahan that helps propel his team to victory, he’ll find himself on the Honor Roll roughly 98.47 percent of the time. The Sol trailed 5-4 in the first quarter against Seattle on Friday night when Worthington recorded his first professional block and his first professional goal all in the same play, deflecting and intercepting Manny Eckert’s long swing to dramatically tie the game. Worthington’s heroics also initiated a 6-0 run for the Sol, as Austin followed up the Callahan to conclude the first quarter with five consecutive breaks to begin the second. Worthington is still awaiting his first opportunity to play college ultimate at the University of Texas, but he already has a marquee moment and epic memory with the Sol.