The AUDL is pleased to announce three new expansion franchises for the 2022 season in Colorado, Portland, and Salt Lake. All three expansion teams will become members of the West Division, joining the Los Angeles Aviators, San Diego Growlers, San Jose Spiders, and Seattle Cascades. With the addition of the three West franchises, the AUDL now encompasses 25 teams between the United States and Canada, and split into four divisions. 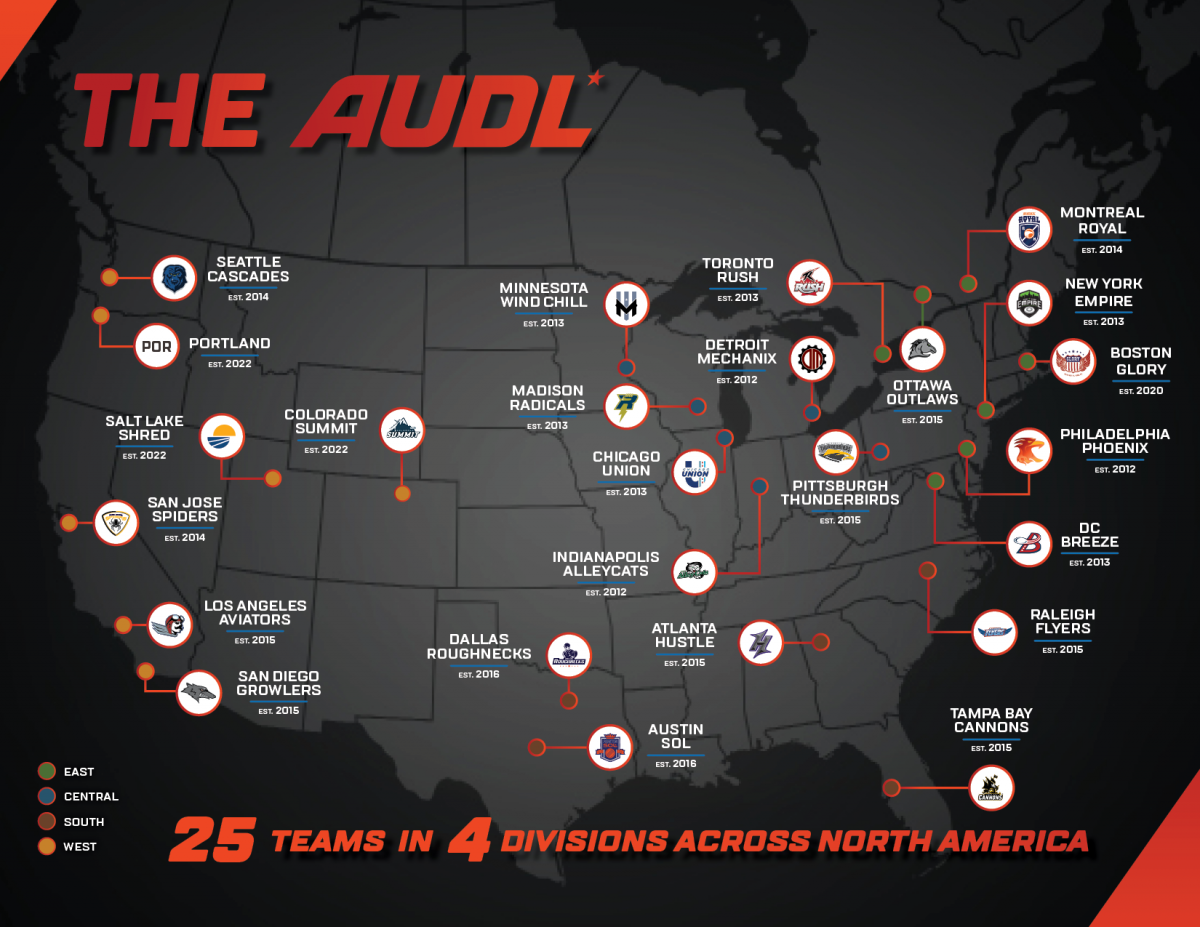 “We are very proud to introduce three new teams and ownership groups to our league, and are pleased to welcome back our Canadian teams back into the mix in 2022,” said Steve Hall, CEO and Commissioner of the AUDL. “Our new owners have backgrounds as founders in technology and private equity firms as well as in local government and are all active in their ultimate communities. They share a common passion for the sport of ultimate and our dream to introduce it to more new fans every year.”

The Colorado Summit will play their home games in central Denver at Peter Barton Lacrosse Stadium at the University of Denver.

“Colorado is one of the hottest ultimate communities in the world and is more than ready to compete in the AUDL,” said Sal Pace, representing the Colorado Summit ownership group; Pace is the former Minority Leader of the Colorado State House. “Our ownership team includes a diverse group of successful business people and government officials. My partners have won national and world ultimate championships and include one of the founders of a globally-recognized Denver women's team.”

Utah has one of the largest and fastest developing ultimate communities, and the Salt Lake Shred are committed to showcasing that energy.

"The rapid growth of ultimate in Utah the last decade is the result of incredible investment in the youth game at both the recreation and competitive levels,” said Salt Lake co-owner Bryce Merrill. “Bringing the game to these young players and fans will continue to be the focus of the time and investment from the Salt Lake Shred leadership team as we are able to build a championship brand on and off the field.”

Portland has long been a hotbed for ultimate, and a target location for AUDL expansion.

“We are excited to bring professional ultimate to Oregon for the 2022 season,” said Joel Caswell, who leads the new Portland ownership group. “As a community, Portland embraces integrity, equity, and diversity as core values, and the culture of this sport embodies those same values. Developing a fan and player culture with that ideal alignment with existing community values is highly motivating for our organization as we work to prepare for our inaugural season.”

The 2022 AUDL season is tentatively scheduled for the beginning of May.