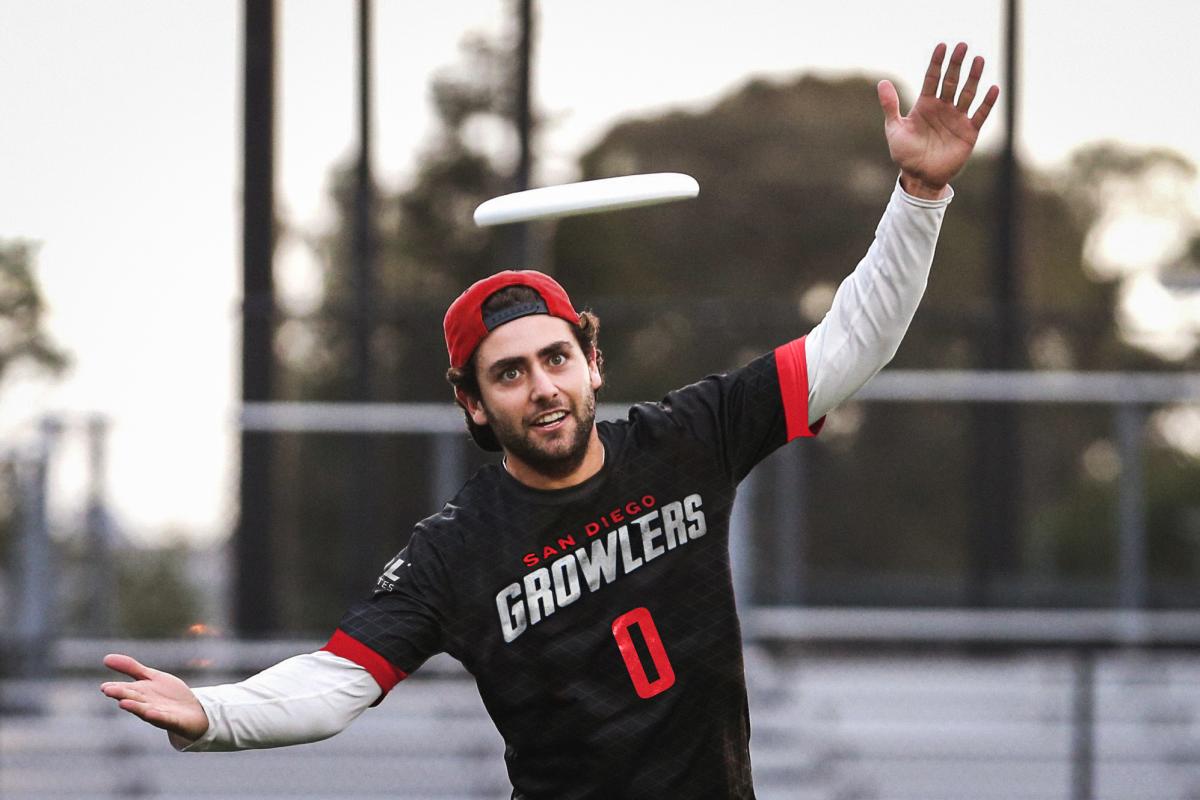 The departures of Harper Garvey and Grant Lindsley leave a sizable hole in the New York Empire offense, but there’s arguably no individual better to fill it than Ryan Osgar. Signed this past offseason, Osgar will make his highly anticipated Empire debut against the DC Breeze Friday night, an opponent that played New York closer than any other team in 2019. Osgar’s career statistics speak for themselves: In 2017 and 2018 with Minnesota, he averaged 44 assists, 33 goals, and 9.5 blocks per season over 26 total games. Now reunited with his former college teammate Ben Jagt, Osgar could put up similar MVP-type numbers this season. Expect the hybrid cutter to quickly become a mainstay on the Empire O-line and string together weekly top performances, wearing down defenses both as a cutter and thrower. The opportunity for statistical dominance is there, as Garvey and Lindsey leave behind over 100 assists and 33 combined goals from 2019.

Signed after the 2019 season, Alex Thorne has yet to play an AUDL game with the Philadelphia Phoenix, but he arguably slots in immediately as a top-2 player in the Philly offense. With 92 assists, 33 goals, and a whopping 1,037 completions over 26 career games, Thorne returns to the AUDL field this Friday night after last playing with the Pittsburgh Thunderbirds in 2016. Thorne excels as a handler; he boasts a crafty arsenal of throws destined to compliment 2019 All-Star Sean Mott. Losing two reliable contributors this offseason in Ethan Fortin and Himalaya Mehta, the Phoenix are going to lean on Thorne and Mott to lead the way for this offense. If they can find chemistry early on, expect Thorne and Mott to rival Max Sheppard and Thomas Edmonds as the most dangerous scoring duo in the league.

After four seasons in the Bay Area, Lior Givol (header image) signed with the San Diego Growlers this past offseason, taking his talents down to SoCal in pursuit of a second championship. One of the most efficient scorers in the league over the last two seasons, Givol has averaged 2.7 assists and 3.9 goals in his last 18 games. While he’ll likely operate primarily as a downfield cutter—he’s a good bet to take on the vacated Sean Ham goal-scoring role—his well-rounded skillset also loans itself to distributing the disc within the flow of the offense. Working alongside First Team All-AUDL member Travis Dunn and two-time MVP Jonathan “Goose” Helton, he’ll take his fair share of shots in what should be one of, if not the most exciting offense in the league.

Tannor Johnson is among the biggest names that signed with Boston Glory following the announcement of the league’s 22nd franchise. The 6’4” cutter brings an impressive resume into Boston’s inaugural season; he won gold with the U24 national team in 2019, he was voted Rookie of the Year, Offensive Player of the Year, and 3x First Team All-American by Ultiworld, and he set the MLU single-game scoring record with 15 goals as a 19-year-old. Unstoppable downfield, particularly in the air, the UMass alum possesses the ideal blend of size, speed and scoring ability to make him a darkhorse 2021 MVP candidate right off the bat. In Week 1 he’ll be up against Anson Reppermund and the number three-ranked Pittsburgh Thunderbirds defense; look for Johnson to make a statement in his AUDL debut.

2019 All-Star Antoine Davis will make his Atlanta Hustle debut this Saturday against the Raleigh Flyers. Davis brings a game-changing presence to the Hustle lineup, single-handedly capable of swinging momentum on either offense or defense with remarkable athleticism. His best statistical year came in the Flamethrowers’ 2017 championship season, when he racked up 22 assists, 44 goals and 27 blocks in 17 games, playing a near-even split of O-points and D-points. With the Hustle known for switching their players freely between offense and defense, Davis is a natural fit for the system. The Hustle could rely on him heavily in this Week 1 matchup against the number two power-ranked team in the league.

Kyle Henke makes his Dallas Roughnecks debut this week against his former team, the Austin Sol. This past offseason Dallas loaded up what was already an impressive roster coming off a 2019 Championship Game appearance. With the deepest roster in the league, Henke (along with several other former Sol teammates) enters the year with a relatively undefined role—don’t be surprised if it takes a few weeks for him to comfortably settle into the Roughnecks system. Regardless, the 2019 All-Star’s talent is undeniable; you may have seen a highlight or two from years past. With good size, quickness and athleticism, Henke can and will make an impact wherever he slots in. Whether he can develop quick chemistry with his new teammates will be telling; if he’s able to find an early rhythm, the sky’s the limit for his impact this year.

44-year-old Satoru “Sat” Ishii is one of the oldest rookies in AUDL history. Ishii made a name for himself playing for the Buzz Bullets, the elite Japanese club team, then later played for Furious George, one of Canada’s premiere club teams. He had previously tried out for several different AUDL West Division teams, but had never before made a roster. In 2016, he served as an assistant coach for the Los Angeles Aviators. He brings years of experience to a young and relatively unproven San Jose Spiders roster, serving as a unique veteran presence who clearly has a lot left in the tank. He’s on the 20-man active roster for Week 1 against Seattle; be prepared to not only watch for his level of involvement, but the potential Japanese-style ultimate influence on the Spiders offense.