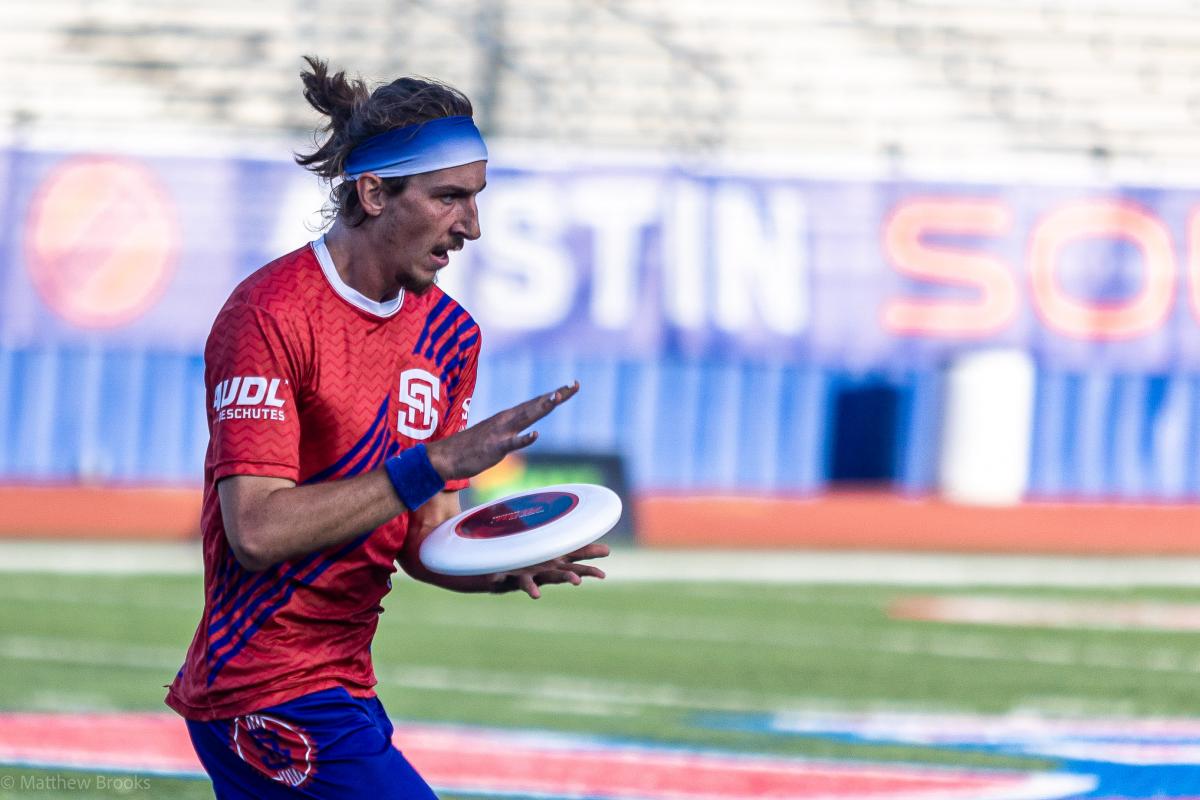 The AUDL offseason is heating up, with news of expansion, realignment, and player signings all adding to the anticipation for the upcoming 2022 campaign. Consequently, every Monday we will be asking and answering ‘One Burning Question” on theAUDL.com, with Daniel Cohen, Adam Ruffner, and myself all writing independently on a particular topic.

Daniel Cohen: Assuming the three playoff team format remains in place for the South Division, Austin has the best chance of any non-playoff team to make the postseason in 2022. After flipping the narrative in Texas this past season, the Austin Sol are trending upward with a surprisingly deep roster full of young talent; at least a full line of Sol players took the field for Texas this past weekend at college nationals. Adding back 2019 All-Star Kyle Henke gives the offense another versatile playmaker and should lead to more consistency for a unit that ranked in the bottom third in offensive efficiency in 2021. They flashed potential last season—most notably  going 2-2 against Dallas—and as their extensive crop of 2021 rookies continue to grow in the Sol system, Austin is building towards a legitimate playoff run.

Evan Lepler: Certainly, the Midwest Division provides the most fertile landscape for a team to rise, with both Madison and Pittsburgh as obvious contenders for the additional third playoff spot that will be available in 2021. However, the Radicals and Thunderbirds both have plenty of questions to answer, adding uncertainty into the conversation over which will take that spot. Meanwhile, the Austin Sol have already answered questions about their direction and purpose with their proactive offseason approach. After an unexpected rise into playoff contention in 2021, the Austin Sol are ready to take the next step in the season ahead. Steven Naji is as committed and hyper-focused as any head coach in the league, and by adding Kyle Henke, Mark Evans, and a bunch of other young Texas talents, I am ready to welcome Austin back into the postseason tournament next summer. It’s a lock.

Adam Ruffner: Since 2017, there have been 11 teams that have gone from missing the playoffs one season to making them the next.

It’s not much of a trend, but nearly 40 percent of the teams listed reside in the Central Division, seemingly making it the most volatile spot for postseason contention. And after qualifying for the postseason their first six seasons of existence, the Madison Radicals have missed the playoffs in each of the last two thanks to retirements and injuries; Madison sits one win shy of their 100th franchise victory. The Central is regaining a third playoff bid in 2022, so while Chicago and Minnesota may still sit a half-to-full notch above the rebuilding Radicals in the standings, Madison’s top five defense—and a fully healthy lineup—should put them squarely back into the playoff mix.