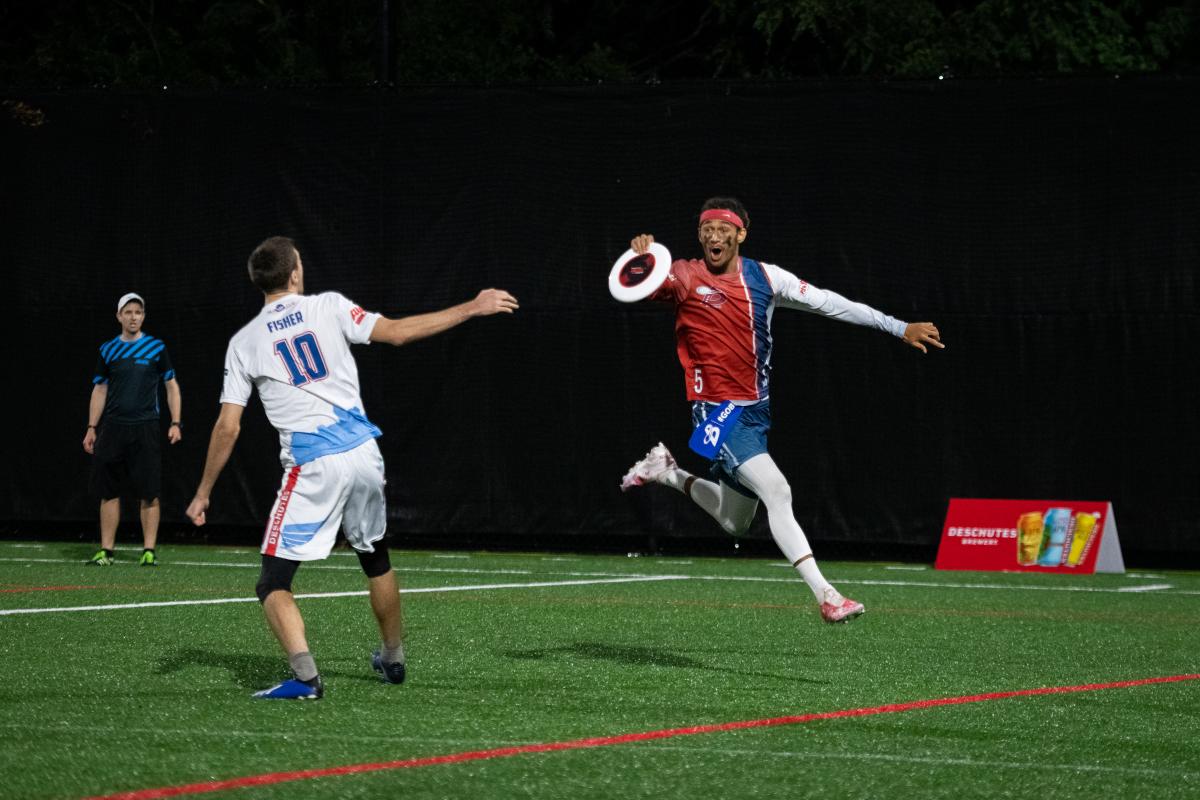 The AUDL offseason is heating up, with news of expansion, realignment, and player signings all adding to the anticipation for the upcoming 2022 campaign. Consequently, starting today, we will be asking and answering ‘One Burning Question” every Monday on theAUDL.com, with Daniel Cohen, Adam Ruffner, and myself all writing independently on a particular topic.

Since 2016, the AUDL has seen five different franchises each win their first championship. Looking ahead, what team that has never before won the title is the most well-positioned to hoist the trophy in 2022?

Daniel Cohen: It’s gotta be Chicago. In the Central Division they’re still going to be the team to beat; there’s a pretty significant drop off in talent after Chicago and Minnesota, and the Union got the better of the Chill in 2021 (3-1 head-to-head record, including a playoff win). They’ll likely have the easiest road to the playoffs of any team that hasn’t won the title, probably them and San Diego, and I lean Chicago over San Diego due to what they showed at Championship Weekend this past year. Hanging with the eventual champion Raleigh Flyers for an entire game plus overtime proved they were among the best teams in the league last season, and now with a full season under their belt building chemistry and integrating new pieces, it feels like they’ve yet to reach their true ceiling. Assuming they retain the bulk of their roster, they’ll be well-positioned again to compete for a title.

Evan Lepler: Chicago’s an easy choice considering how close they came to making the finals this past September, but I’d argue that the DC Breeze are in an even better spot. Underratedly, the Breeze lead the league in buy-in. From ownership to the head coach, the captains to the benchwarmers, this organization is totally together, focused on the big picture, and building something special. With valuable veteran experience from Rowan McDonnell and Jeff Wodatch, the future belongs to jaw-dropping young talents like Jonny Malks, AJ Merriman, and Jacques Nissen, who are currently 22, 21, and 20 years old, respectively. The Breeze may not win their division’s regular season title every year, but they will always be in the mix, they have regularly proven they can handle New York’s firepower, and it’s only a matter of time before Darryl Stanley’s boys break through at Championship Weekend.

Adam Ruffner: There are five teams currently—the Atlanta Hustle, Chicago Union, DC Breeze, Minnesota Wind Chill, and San Diego Growlers—on the precipice of their first championship, but it’s the Breeze who I’m giving the slight edge to for next year. DC was a top five team in nearly every major statistical category in 2021, and finished first in the standings at the end of the regular season in the AUDL’s toughest division. The Breeze are balanced up and down their roster, with a handful of emerging stars on both lines (See: Merriman, AJ; Malks, Jonny). And with wins over New York, Atlanta, and Raleigh (twice) this year, DC has proven itself ready for championship caliber competition. Head Coach Darryl Stanley is one of the best developmental strategists in the game, so it’s hard not to see this young-and-hungry DC team taking another step forward in 2022, which would mean a Championship Weekend appearance and a legit shot at the title.