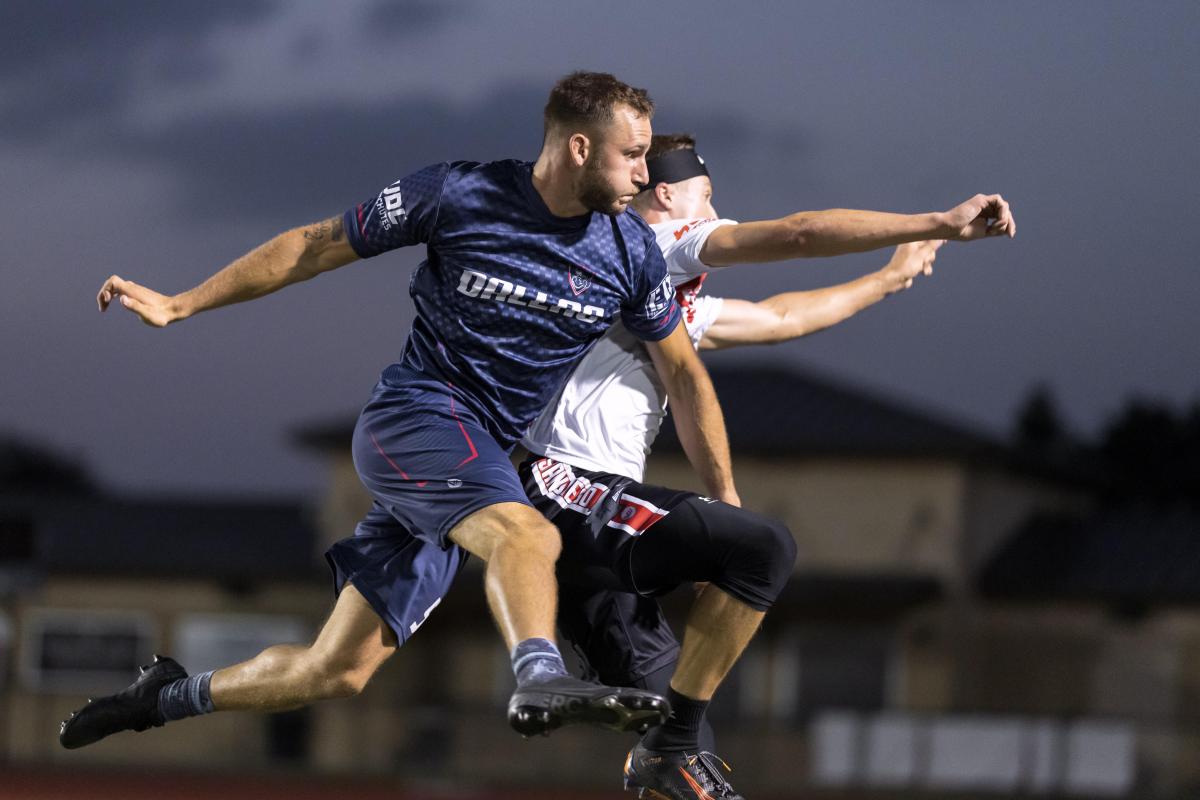 Watch live and for free starting at 9:00 PM/ET on DraftKings YouTube or Twitch streaming channels.

Tomorrow night the Dallas Roughnecks (8-4) travel to SoCal to take on the San Diego Growlers (10-2) in the West Division Championship Game. The first playoff game of the year, the winner will advance to Championship Weekend 10 in DC.

San Diego has faced Dallas three times now in franchise history. The first meeting came at Championship Weekend in 2019, with the Roughnecks coming away with a 23-18 win in the semifinals. This season, the two teams have met twice, splitting games in favor of the home team both times. In their first meeting of the year in San Diego, it took the Growlers’ best game of 2021—including multiple clutch plays in the final minute—to take down Dallas; they finished with just 11 turnovers, their fewest in a game this season. Travis Dunn totaled six assists, three goals, and over 450 total yards, while Paul Lally had nearly 600 total yards and delivered the block of the game that led to the game-winning score.

Dunn is having yet another MVP-caliber season, while the Growlers are getting standout performances from all levels of their roster. Lior Givol has evolved in recent weeks into his dual-threat hybrid form, flashing his throwing range from the intermediate space after chewing up chunks of yardage underneath. Tim Okita has continued to be one of the most reliable handlers in the league, with his career completion percentage now up to a ridiculous 97.2 percent over the last three seasons. Steven Milardovich is having one of his best years yet, as he’s repeatedly come through with clutch plays on defense, now ranking tied for fifth in the AUDL with 19 blocks.

But the real story for Saturday’s game, as far as Growlers personnel goes, is Jonathan Nethercutt. Signed earlier this month to fill in during a week where San Diego was severely short-handed, the 2017 AUDL MVP led the team to a 24-17 win over LA, pacing the offense with 247 throwing yards and four assists on 33-of-34 completions. The 24 goals in the game set a season-high, as Nethercutt looked every bit as dominant as the AUDL remembers him, slashing through defenses with quick handler movement and explosive downfield throws. Now, Nethercutt is active for just the second time this season, though this time he’ll be playing alongside 2019 All-Stars Travis Dunn and Goose Helton, who were both inactive for Nethercutt’s first game. Too much star power? Maybe! How quickly Nethercutt can develop chemistry with his new teammates could be the difference-maker in the Growlers’ offensive success.

The Roughnecks have a star player of their own returning after missing several games: Kyle Henke is expected to make his return to the Roughnecks lineup following surgery on a fractured scaphoid bone. The legend that is Casted Kyle Henke—he played five straight games with a cast on his left wrist—somehow totaled eight assists, 12 goals, six blocks, and over 1,500 total yards of offense from Week 6 through Week 8, capping things off with a 3-3-3 (assists, goals, blocks) game vs. San Diego at home. He’s one of the most dynamic downfield cutters on the roster and now with a fully-repaired wrist, there’s no telling the impact he could have in the Roughnecks’ biggest test of the season.

On the strength of Henke’s last performance paired with a solid outing by the Roughnecks defense, Dallas took down San Diego 19-15 in their second meeting of the season. Ben Lewis recorded two blocks and three scores in the game and has been the face of this Dallas D-line in 2021. In the midst of a career-year, he’s leading the team in both blocks (17) and goals (29), showcasing a relentless motor every time he's on the field regardless of whether his team has possession.

Tomorrow the Roughnecks should field their strongest 20-man roster to date. Alongside Henke, franchise staples Abe Coffin, Dalton Smith, Kai Marshall, Zach Marbach, and Kevin Richardson have all missed significant time this season and are all listed as active as of Friday night. They’ll also have Chris Mazur, a guy who’s thrown 14 assists in three games for Dallas this season, including a seven-assist game against San Diego in Week 4.

Two star-studded rosters take the field tomorrow night in what should be a tightly contested game from start to finish. A postseason rematch of the 2019 semifinals, energy and momentum are going to drive this high-intensity battle with a Championship Weekend 10 berth on the line.