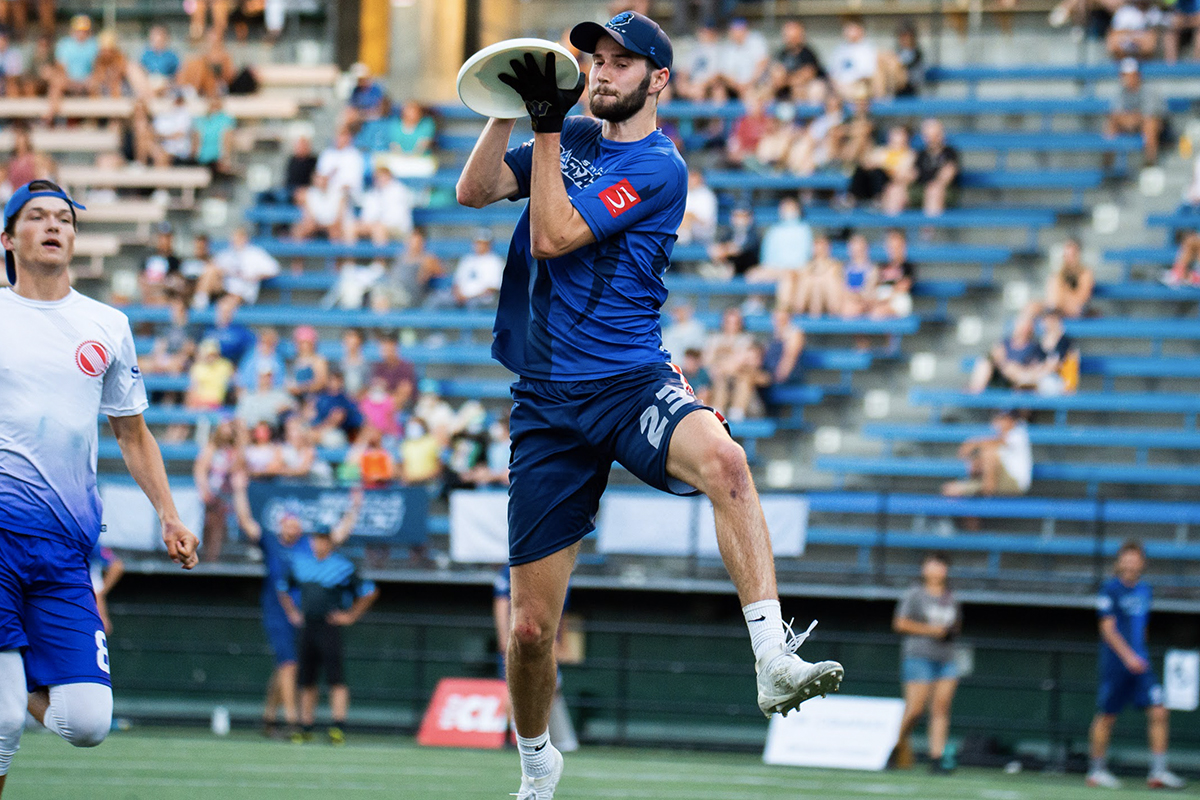 Watch live and for free starting at 10:30 PM/ET on DraftKings YouTube or Twitch streaming channels.

Seattle marks the first stop for the Dallas Roughnecks in their Week 7 double header; they’ll face a Cascades team fresh off a bye week kicking off the back half of their schedule. In the two teams’ first meeting back in Week 5, Dallas led 7-3 after the first quarter and never looked back, coming away with a decisive 24-16 win at home. This week is a must-win for both teams, as they fight to stay in playoff contention in the wild West Division.

After splitting games with the Austin Sol last weekend, Week 7 marks the second straight week the Roughnecks will play a back-to-back, and now on the road. Last week was an overall disappointing two-day stretch, but it could have been much worse—the Sol led the Roughnecks by three heading into the fourth quarter of Saturday’s game and were a catch-block away from clinching the win. With Dallas forcing overtime and pulling off the late comeback, they improved to 4-3 on the year and are securely in position to push for a playoff spot heading into the second half of the season.

While still a supremely talented team on paper, the Roughnecks have struggled with roster consistency this season. Just five players have been on the 20-man roster for all seven games, and just 11 have been active for even six games. The result has been inconsistent offense and middling team stats: They’re averaging the 11th most points per game, and 11th fewest turnovers per game. Still, all three of their losses have come by exactly one goal, and their defense has been mostly reliable week-to-week: they rank fifth in both defensive efficiency and points against per game.

One bright spot on the D-line has been the play of fourth year Roughnecks vet Ben Lewis. Through six weeks Lewis leads the team in blocks with 11 and is tied for the team lead in goals with 15, frequently capping drives after turnovers. He recorded two goals and a block last time the two teams met, and he’s coming off consecutive games with two blocks against Austin last week. He should continue to be an impact player against a Cascades offense that likes to shoot deep.

The Cascades have proven to be a much more difficult task at home than on the road. They’re 2-1 at home on the year, and the one loss came against San Diego in overtime. They’ve averaged over 22 points per game at home and most recently looked unstoppable against Austin back in Week 4, coming away with a 28-24 win on the strength of 10 fourth-quarter goals. The full potential of a young, energized Cascades D-line was realized in the game, as they converted 9-of-12 break opportunities, their highest conversion rate of the season. Often looking to huck after turnovers, the ‘Scades have a handful of defensive spark plugs that feed off each others’ energy: Garrett Martin and former track star Dom Jacobs headline the young core this week. With a good mix of veterans like Shane Worthington, Nick Mahan, and Jeff Zhao providing D-line versatility, the Cascades enter Week 7 with the fourth-most efficient defense in the league.

On offense, the team is expected to be without both Ben Snell and Mark Burton this week, leaving primary O-line handling duties to hybrid Manny Eckert. Eckert currently leads the team in total yards with over 2,000 and had his best game of the season the last time he played at home. Against Austin he tossed five assists, scored one goal, and accumulated over 600 total yards of offense playing alongside Snell, routinely beating the Sol defense with precision hucks and slipping out of the backfield for chunk gains. Friday’s game will be his first this season with neither Snell nor Burton in the lineup; the Cascades could find themselves lacking consistent throwers to move the offense if Eckert isn’t able to carry the load.

On paper, this is Dallas’ game to lose. But Seattle has proven itself weekly as one of the toughest home environments in the West, and if their D-line can string together some early breaks, momentum could be the difference-maker.