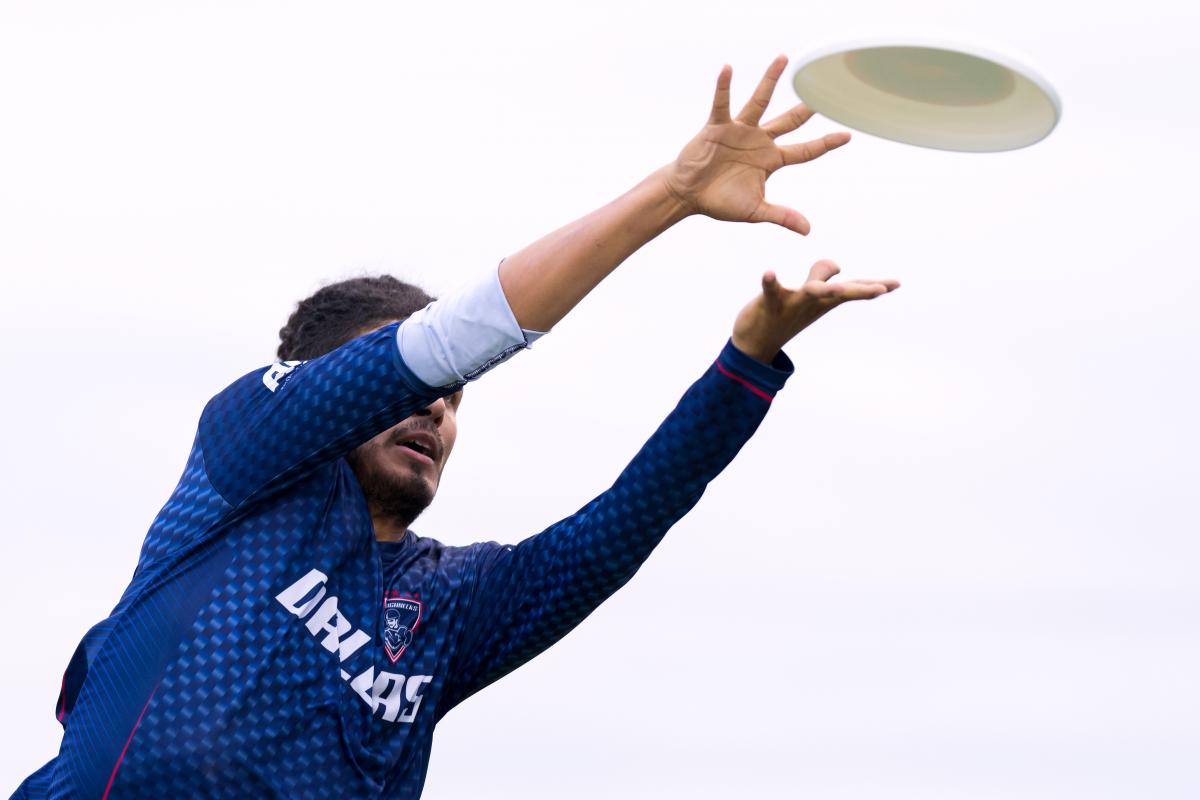 Available to watch LIVE and for FREE on AUDL.TV at 10:30 PM/ET

Two of the winningest franchises in league history meet for the first time ever Saturday night in the AUDL Game Of The Week. But with the Dallas Roughnecks reeling after their first loss of the weekend on Friday night—and their lofty playoff aspirations in peril with four losses already on the season—the San Jose Spiders are in a terrific position for an upset that would shift the landscape of the West Division.

The loss to Seattle is Dallas’ second defeat in their last three games, and ties the most for a regular season in franchise history. The Roughnecks defense did not have an answer for the Cascades deep attack offense, as Seattle completed 11 of their 17 huck throws on Friday. Even when Dallas did get break opportunities, they failed to convert, punching in just three defensive break scores on the night.

Abe Coffin and Jay Froude led the Dallas attack in scoring and yardage, but also in turnovers, as the two committed an uncharacteristic six throwaways combined. Froude returned to the lineup for the first time since Week 4, racking up 339 yards receiving and two goals, but at times looking out of rhythm; Saturday night might prove to be a breakout performance for Froude, as he seldom has back-to-back off games.

The Roughnecks were held to under 20 goals for the second time in three games. Between injuries and absences, the Dallas offensive lineup has shifted week-to-week, and that discontinuity has led to sloppiness with the disc.

Dallas still controls their playoff destiny in 2021, but must basically win out in order to make the playoffs—truly startling for a team that began the year as a championship favorite.

With just four games played through the first seven weeks of the 2021 season, the Spiders are one of the bigger question marks in the league. San Jose ranks middle of the pack in most team statistical categories, both offensively and defensively; their 2-2 record could not be more indicative of the team’s thorough mediocrity so far this season.

Longtime handler Justin Norden still anchors the Spiders offensive attack, but this year he’s stocked with more weapons surrounding him than in years past. Andrew Moore has transitioned from defense to O-line receiver and has been a primary target for Norden, finding a lot of success downfield; Moore is averaging 2-plus scores and over 250 yards receiving per game in 2021. Sawyer Thompson has initiated much of the San Jose action downfield, and has been a high risk, high reward striker. Thompson is averaging over five total scores and nearly 500 yards of total offense per game, but also has committed 10 turnovers in four games.

The real bright spot for the Spiders, however, is their injection of youth talent. 2019 All-AUDL  Rookie Team member Keenan Laurence is once again a spark plug for the Spiders defense. And this year’s rookie crop—highlighted by Jordan Kerr and Jake Thorne—are turning into stars midseason. Kerr is coming off his best game as a pro against Austin, where he racked up nearly 600 yards of total offense on 29-of-30 throws. Thorne has been a menace at leading the Spiders defensive counterattack, and could become an x-factor if Dallas continues to struggle with careless turnovers as they have in recent weeks.