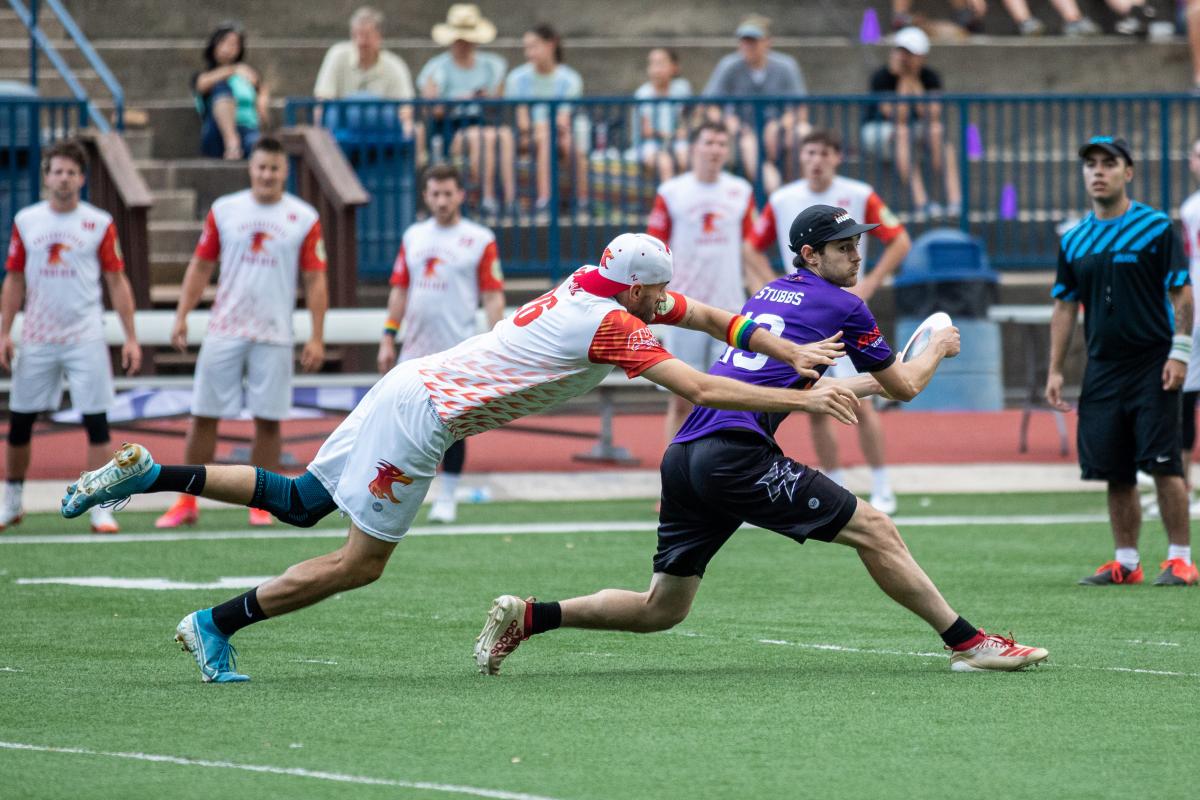 The DC Breeze and Atlanta Hustle both come into tonight’s highly anticipated meeting with four-game winning streaks. But only one team will emerge from their “Game Of The Week” battle with theirs intact, while also claiming sole possession of first place in the Atlantic Division.

The Breeze knocked off the New York Empire 20-17 last weekend, ending the reigning champs’ 19-game winning streak that dated back to August 2018. The DC offense continues to be the most efficient unit in the league, converting 71 percent of their offensive holds.

Led by their throwing core of Zach Norrbom, Gus Norrbom, Jonny Malks, and Rowan McDonnell, the Breeze are excellent at both patient execution in the backfield and the longball, stretching the field with hucks to the terrific downfield tandem of Joe Merrill and Joe Richards when necessary. And while those are the headliners of this offense so far in 2021, Garrett Braun and Jacques Nissen continue to be two of the most precise continuation players in the league; Braun is tied for the team lead in assists (16), has completed 116 throws, and has just two turnovers on the season; the 20-year-old Nissen has 17 combined scores and 127 completions compared to just three total turnovers.

The dynamic Breeze attack, and its ability to shift styles on the fly, has not faced much adversity this season. But that is likely to change against the imposing Atlanta defense.

The Hustle defense has been the fulcrum on which Atlanta’s undefeated start has rested. The unit has made momentum-shifting blocks in each of their four wins. Most recently, Michael Fairley broke open a tie game with Philly late in the third quarter with a sensational bookends blitz. Christian Olsen continues to be one of the most perennially underrated players in the league, and could impact some of DC’s handler rhythm with his shutdown coverage. And the deep defense canopy duo of Jakeem Polk and Brett Hulsmeyer have been great in space for the Hustle, and will be good matchups for Richards and Merrill.

Going to the other side of the disc, Austin Taylor is having an MVP level season in the backfield for Atlanta alongside the return of Parker Bray from injury. Taylor’s precision as a thrower and Bray’s dynamic hybrid skill set have been great complements to each other, and have set the table for Antoine Davis to excel in his role as a receiver.

The real jolt that makes the hustle offense like championship level, however, has been rookie John Stubbs. In two games, Stubbs has already amassed 10 assists and four goals, while averaging over 400 yards of offense without committing a single turnover. Not only has Atlanta used Stubbs as a supercharger for their offense, but they have spotted him on defensive rotations when the team needs to punch in a break.

The task for the Breeze defense will be to keep Atlanta out of their rhythm and sweet spots, something DC has been very good at doing this season. Defensive captain AJ Merriman is having a unicorn season statistically, and might be the first defensive player to finish as an MVP finalist, if not take home the trophy. Last week he clamped down on Ben Jagt for much of the game against New York, coming up with a statement block deep on the former MVP.

This could be the game of the season given the momentum of both squads.