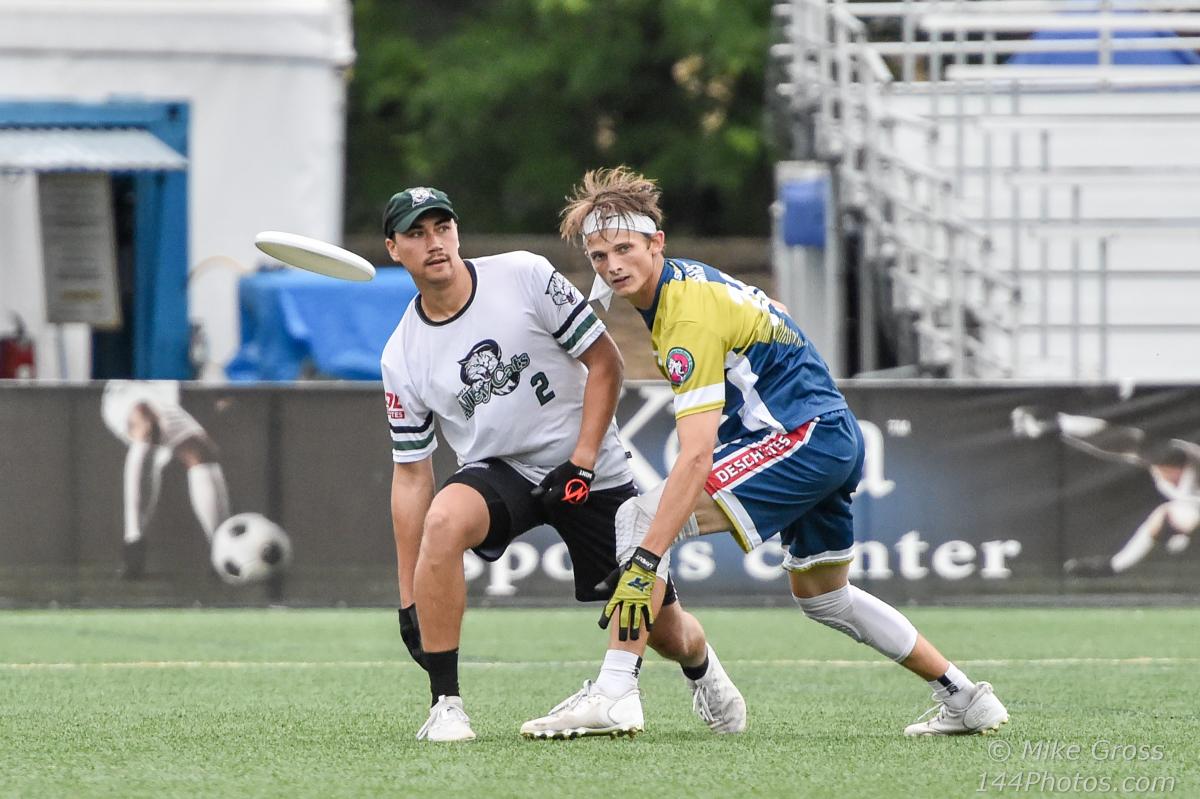 The Madison Radicals held tough through three quarters on the road last night before falling to the undefeated Chicago Union 18-15. The Radicals are on the road again tonight to face the Indianapolis AlleyCats in a virtual must-win matchup for both Central Division teams in the AUDL Game Of The Week.

Madison gave Chicago their toughest test of the season as the Radicals got off to a narrow lead in the first quarter, and lingered within striking distance well into the fourth. A wild buzzer beater to end the first half by Sterling Knoche gave the Radicals a spark, but the Chicago offense was once again too good for their coverage, and converted 75 percent of their offensive possessions for scores. Pawel Janas had 684 yards of total offense and four assists for the Union, bringing his league-leading assist total up to 26 through five games.

Madison throwers Victor Luo and Logan Pruess anchored a consistent Radicals attack all night long, combining for 874 passing yards on 119-of-121 throws. Rami Paust was productive as the offensive initiator downfield for Madison, and had career highs in assists (7) and total yards (612). But Paust’s game-high five turnovers proved too costly, as they nearly equaled Chicago’s total as a team (7). And despite notching nine firsts half goals against Chicago, the Madison offense sputtered in the second half, mustering just six scores on their way to scoring a season low.

Still, were it not for a fourth quarter block-and-conversion from veteran defender Von Alanguilan to push Chicago’s lead to four, the Radicals might have pulled off the upset. Madison sits at 3-3 on the year, and now deals with an AlleyCats team eager for revenge after the Radicals’ 24-20 win in Week 3.

As reported by Evan Lepler in this past week’s Tuesday Toss, the mega news for Indianapolis is the return from retirement of league legend and all-time leading goal scorer Cameron Brock. The only player with 500 career goals, Brock figures to have an immediate impact on offense for an AlleyCats team that has struggled to find its rhythm so far this season; the reigning division champs return just five players from the 2019 roster that reached Championship Weekend.

Veterans Travis Carpenter, Levi Jacobs, and Rick Gross have once again been the fulcrum for much of the ‘Cats attack in 2021. Carpenter has been an absolute workhorse, averaging over 500 yards of total offense per game while throwing 19 assists in five games. Gross is not far behind him, tossing 16 assists in just four games while averaging over 400 yards in offensive production per contest. And perennially underrated striker Levi Jacobs currently sits tied for sixth in the AUDL in total scores (27), and is especially potent with his blading throws indoors at home; Jacobs is completing a career-best 95 percent of his throws in 2021.

One lingering factor that might play a pivotal role tonight are injuries. Madison’s Kevin Pettit-Scantling landed hard twice last night, including on this clutch second half goal, and is already playing through minor issues. Carpenter had to leave the game in Week 4 due to a knee injury, but will suit up tonight. Both players obviously play tremendously large roles for their respective franchises, and will carry heavy workloads tonight.