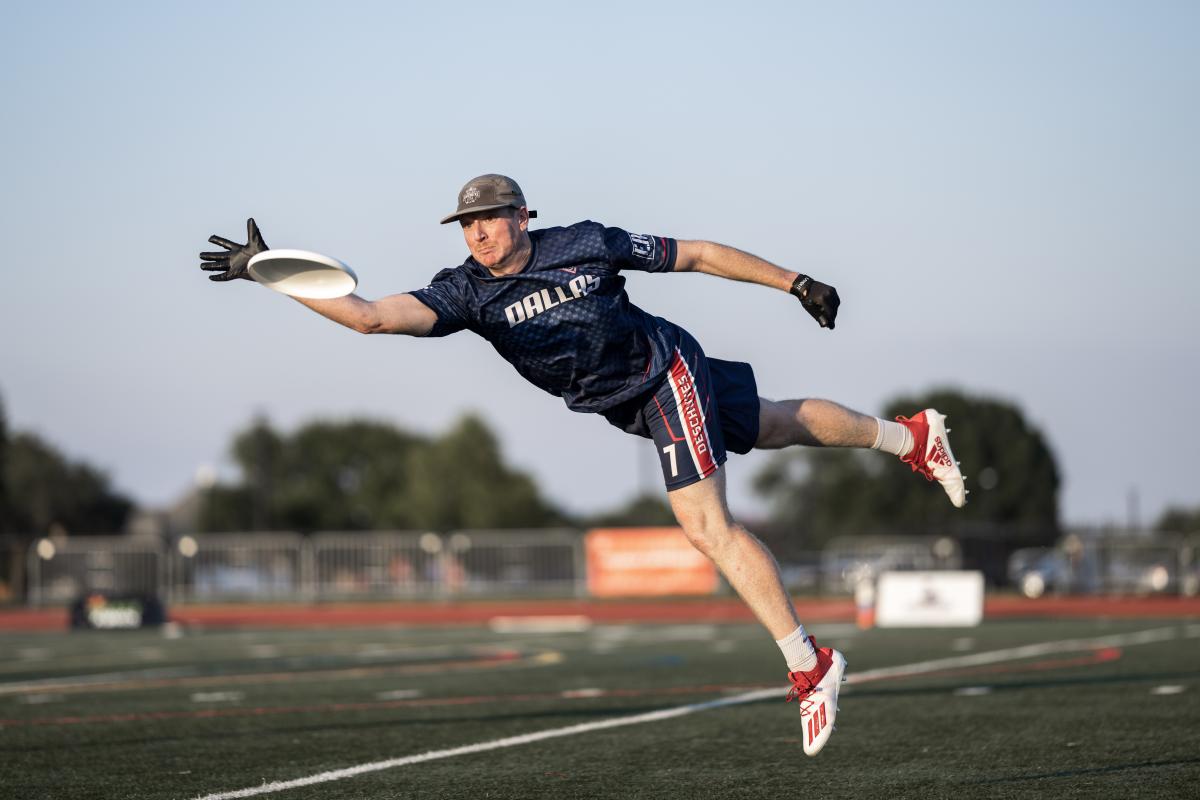 The Dallas Roughnecks head west this week for a SoCal double header. First up is a rematch against the Los Angeles Aviators this Friday night. The two teams met a week ago in Dallas, where the Roughnecks came away with a decisive 20-12 win.

On paper, this is probably the most talented Roughnecks roster since 2016, when the team went undefeated and completed the second perfect season in AUDL history. Chase Cunningham and Kyle Henke headline the crop of former Austin Sol players added by the Roughnecks this past offseason, and both have carved out immediate roles in the Dallas rotation. Cunningham has played a bit of offense, but he’s primarily a D-line quarterback; at 6’3” he matches up well on downfield cutters, and his powerful lefty throws bring a new dimension to the D-line offense. Henke on the other hand has settled into a primary O-line cutting role, filling space efficiently and possessing the throws to shoot deep within the flow of the offense. He’s still the same athletic hybrid he was in Austin with nearly identical volume; he’s averaging 20 completions per game this year after averaging 19.7 with the Sol in 2019.

The Roughnecks couldn’t close things out against the Sol in Week 2 but didn’t play a bad game; one could argue their game against LA was more frustrating from an execution standpoint, despite the eight-goal margin of victory. LA completed just 88 percent of their throws against Dallas, giving the D-line 22 break opportunities, of which they only converted 10 for scores. The defense has had no problem forcing turnovers—their average of 13 blocks per game ranks tied for second in the league—but break conversions are going to be the deciding factor in a lot of games; in Week 2, Austin converted nine of 13 breaks, while Dallas converted six of 11. The D-line offense should continue to develop chemistry as Cunningham gets more reps with established handlers Dillon Larberg and Brandon Malecek, and their conversion rate will be a key indicator on how they’re progressing as a unit.

On the Aviators’ side, their offense is likely to look much cleaner than it did this past weekend. Returning this week is the sophomore combo of Calvin Brown and Danny Landesman, two critical pieces to the offensive line that didn’t travel with the team last weekend to Texas. Both players only 20-years-old, they collectively give this offense an extremely high ceiling as they continue to develop and reach their potential in the AUDL. In the two games they’ve played this year—both against San Diego—Brown and Landesman have combined for 12 assists and 11 goals with nearly 150 completions between them. Brown has struggled a bit with throwaways early on as the Aviators’ primary O-line handler; he’ll need to limit turnovers if the offense is going to have a chance against one of the top defenses in the league.

There’s not much better for the development of Brown and Landesman than playing alongside versatile hybrids Sean McDougall and Sam Cook. The two AUDL vets nearly willed the Aviators to an overtime win over the Sol in Week 3, each recording their highest volume games of the season as primary offensive weapons. These are guys that can beat you with their throws or with their legs, and each player has an eagle-eye for the end zone; against Dallas, McDougall and Cook paced the team with nearly 700 combined yards of offense and nine combined scores. The top end of this Aviators roster has undeniable offensive talent; the question of course is the team’s depth and consistency behind their stars.

The Dallas defense, led by the high-intensity play of Ben Lewis and Hunter Taylor, should have the personnel to win their matchups against the Aviators’ offensive core, but it’ll be no easy feat. If the offense can click early, the Aviators’ top end stars could keep the team within striking distance throughout the game.