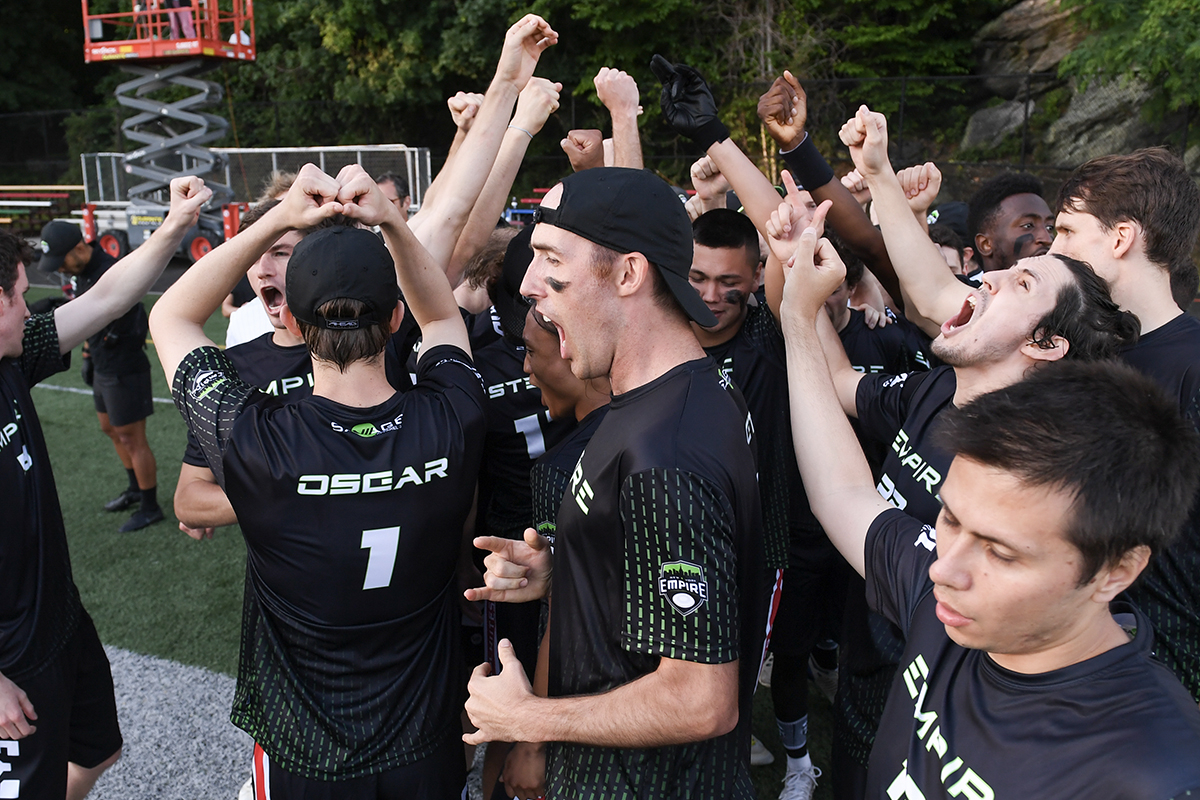 Tonight marks the beginning of the Boston-New York rivalry in the AUDL, as the Boston Glory travel to New York to take on the defending champion New York Empire. The first ever meeting between the two teams, Boston will look to play spoiler to New York’s chances of hosting a home playoff game in 2021.

The playoff teams are set in the Atlantic Division, with Boston on the outside looking in. Despite missing the playoffs, the Glory have shown a lot of potential in their inaugural season, particularly on the offensive side. Boston comes into Week 12 averaging over 23 points per game, second most in the league behind Raleigh. They haven’t scored fewer than 18 goals in a game all season and have scored 26 in two of their last three.

The high-powered offense is led by star handler Ben Sadok, who is one of five players to have surpassed the 5,000-yard mark this season. He’s the only player in the league averaging 240-plus receiving and throwing yards per game, as he’s made nearly as much of an impact releasing downfield from handler sets as he has distributing the disc. Undersized with elite quickness, Sadok thrives when he can throw-and-go and get a step on his defender, not afraid to launch hucks out of power position or continue his own handler cut into the deep space.

Orion Cable, Topher Davis, and Tanner Halkyard form a versatile cutting core that is able to take the pressure off Sadok while also providing big, downfield targets. Halkyard and Cable stand 6’3” and 6’5”, respectively, and have made a name for themselves as some of the best in-air athletes on the team; Halkyard has reliably come down with buzzer beaters all season, while Cable can easily sky over opponents with his 11’8” vertical reach. Davis has shown a knack for finding the end zone, with 11 goals in three games played this season. All three guys can contribute as throwers when needed, with each averaging over 11.0 completions and 100 throwing yards per game.

For New York, it’s been the Ben Jagt show all season, featuring Jack Williams and Ryan Osgar. Jagt already has over 80 scores this year, still with two games remaining in the regular season; he has now reached 80-plus three seasons in a row. He’s been gashing defenses all season as the league’s top deep cutter, leading the league in receiving yards per game with 370. Williams and Osgar have been fantastic co-stars in the offense, with Williams operating as a reliable primary initiator and Osgar bringing the firepower in his downfield striker role. The three average a combined 12.8 assists and 8.4 goals per game.

With Elliott Chartock’s consistent hucking ability and 6’5” rookie John Lithio complementing Jagt downfield, the New York offense creates mismatches at every level and shouldn’t have much trouble scoring on a Boston defense allowing 22.6 points per game, the fourth-highest average in the league. New York has scored 20-plus goals against every non-DC opponent this season.

On defense, Jeff Babbitt and Marques Brownlee will likely see some combination of Halkyard and Cable throughout the game as New York looks to optimize their matchups. Babbitt is tied for the team lead in blocks this season with 13 and has been active on the counterattack, scoring 21 goals as the D-line’s top cutter. Brownlee flashes his athleticism at least once every game and has the ability to shift momentum at a moment’s notice.

The number two and number three scoring teams in the league face off tonight to christen the league’s newest rivalry. With plenty of scoring likely to come, the pressure could fall on the defenses down the stretch as the two high-powered offenses look to close out the game.