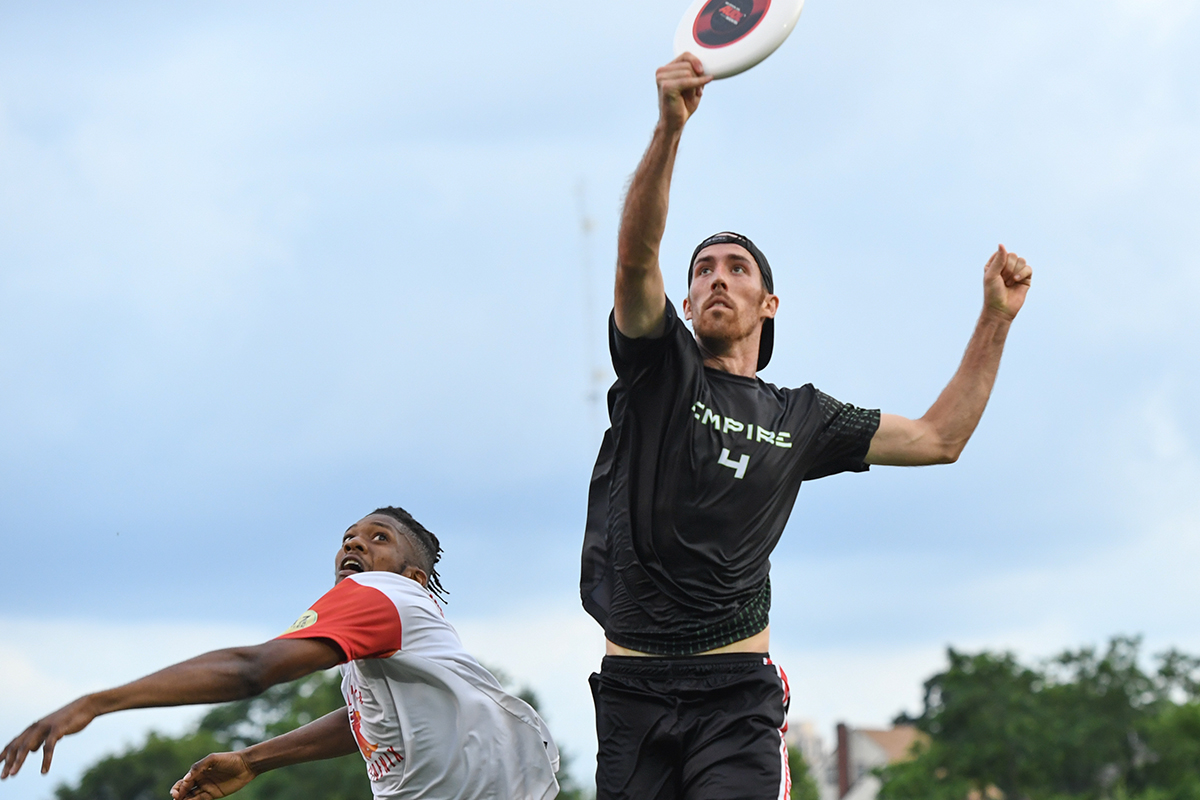 Looking to win out for a chance to secure a home playoff game, the New York Empire head down to Philadelphia tonight to take on the Phoenix. It’s the second meeting of the season between the two teams; New York took down Philly 27-20 at home in Week 6.

The Empire are coming off their statement win of the season, defeating the Raleigh Flyers in double overtime for the second season in a row. Jack Williams shined in primetime, setting season-highs in scores (8), blocks (2), and total yards (549), while showing up in the clutch in both overtime periods. Williams scored the game-tying goal at the end of the first overtime period, before zipping a 30-yard inside flick to Jeff Babbitt for the game winning score in sudden death. With his ability to contribute in any role at any position on the field, while also limiting turnovers, Williams’ performance furthers his case for league MVP; he’ll have ample opportunity to continue showcasing his all-around ability on New York’s upcoming four-game stretch to end the regular season.

Williams could be asked to step into a slightly different role tonight with Ryan Osgar not expected to suit up. Osgar averages over eight scores per game, the second-highest average in the league behind only Ben Jagt, and has been a focal point of the Empire offense all season operating as the team’s primary initiator. In the one game Osgar missed previously, Williams contributed four assists and a goal against Tampa Bay.

While Williams should continue to put up numbers, the reigning league MVP is in a blow-up spot. Jagt was the main statistical beneficiary in Osgar’s absence in Week 9, totaling five assists, seven goals and two blocks as the team’s go-to finisher. Three weeks earlier, Jagt had his best game of the season against the Phoenix in Week 6, racking up three assists, 10 goals, two blocks and 771 total yards of offense. He was force-fed targets downfield all game, and the defense had no answers. Finishing with fewer than 10 total scores feels borderline unlikely tonight.

Though the Phoenix struggled defensively in Week 6 surrendering New York’s highest point total of the season, Philly looked solid on offense, converting on 58 percent of their offensive possessions, their second-highest mark in a game this season. Turnovers were the difference-maker, as New York edged out Philly 10-17—Philly was good, New York was just better. The Phoenix have averaged 23 turnovers per game over their last three; they’ll need to drastically improve their efficiency if they plan on keeping the game close.

Greg Martin is the player to watch on the Phoenix offense. Martin had a season-high seven goals the last time these teams met, and he’s now up to 41 goals on the year, second most in the league. He’s been one of few bright spots on a Phoenix team that currently ranks bottom-five in offensive efficiency; Martin consistently finds space behind defenses and has made a name for himself this year as one of the best in-air receivers in the league. The Phoenix franchise record is 45 goals in a single season—he can set the record tonight with five goals.

The Phoenix have been eliminated from playoff contention, but they can still play spoiler to New York’s chances of hosting a home playoff game if they pull off the upset. Limiting mistakes on offense will give them their best shot at hanging with the reigning AUDL champions, though there may be little Philadelphia can do defensively to stop the third-highest scoring team in the league.