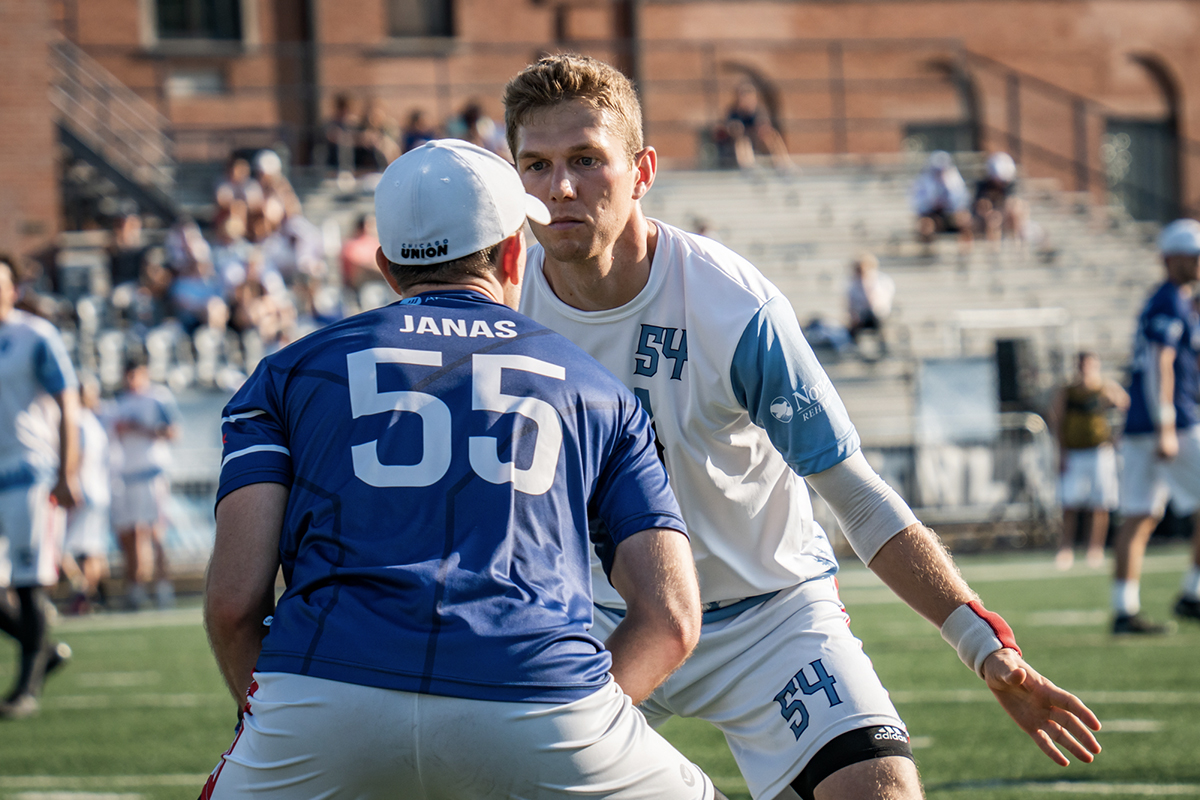 Available to watch live on AUDL.TV on Sunday at 6:00 PM/ET

For the fourth and final time this season, the Minnesota Wind Chill and Chicago Union will meet in the Central Division championship game. While both longtime rivals have made multiple playoff appearances since their respective inceptions in 2013, Minnesota and Chicago have never met in the playoffs, and neither has registered a win in the postseason, let alone made it to Championship Weekend.

On Sunday, all of that will change for the winner.

Chicago won the regular season division title in 2021, as well as the season series with Minnesota 2-1. Bolstered by a slew of talented offseason additions, including former divisional rivals Pat Shriwise, Peter Graffy, and Keegan North, the Union are enjoying their best season in franchise history. Chicago is ranked third in the league in both offensive and defensive efficiency—one of only two teams this season to register in the top five of both categories, along with the Raleigh Flyers—and committed just 13.3 turnovers per game, the lowest mark in AUDL history.

And while Pawel Janas won’t lead the AUDL in assists for the first time since entering the league in 2017, the star handler is still at the center of Chicago’s dynamic offensive attack. With 50 assists and one of just two players so far this season with over 6,000 yards of total offense, Janas still commands the disc as well as any player in the league. Against Minnesota this season, Janas is averaging 3.3 assists, 40.3 completions, and 324 throwing yards per game compared to just five total turnovers.

The return of Janas’ favorite receiver Ross Barker to the offensive unit after spending 2019 platooning on defense has been a boon for the Union O-line. Tenth in the league with 38 goals and averaging over 232 receiving yards per game, Barker is also capable as a thrower; he is second on the team in assists (24), and third in total completions (205).

Defensively, the Union have been led by the coverage skills of their two bigs Nate Goff and Drew Swanson, the latter of whom is first in the league this season in blocks per game (2.57) and eighth in blocks (18). And with Graffy in the lineup, Chicago looks like a title team; though Graffy has only played four games in 2021, his presence and playmaking in the team’s Week 9 win in Madison helped ignite a furious fourth quarter rally for the Union.

For Minnesota, their task will be to limit turnovers on offense, while figuring out a way to disrupt the rhythm of Chicago’s O-line drives. The Wind Chill are enjoying their second 10-plus win season in their eight year franchise history, and are riding a four-game winning streak into the playoffs.

Bryan Vohnoutka has done a little bit of everything for the Wind Chill in 2021. The all-star has slotted into both offensive and defensive rotations with equal effectiveness, compiling a 23-28-9 slash line for assists-goals-blocks, while also completing a career best 95.1 percent of his throws. In his last three appearances alone, Vohnoutka has 12 assists, nine goals, and two blocks; Minnesota will likely need his best game of the season in Chicago.

Historically a solid unit, the Wind Chill defense are having their best season in franchise history in 2021. They’re third in goals allowed per game (17.5) and takeaways (11.7), and second in defensive efficiency; only Chicago has scored 20 or more goals against Minnesota this season. Dylan DeClerck is third in the league this season with 22 blocks; including DeClerck, Minnesota rosters eight different players with eight or more blocks.

Chicago has the edge at home, but Minnesota’s takeaway potential could disrupt the Union’s smooth offensive flow. Central Division games have a tendency to become rock fights in the postseason, and this matchup could be no different.