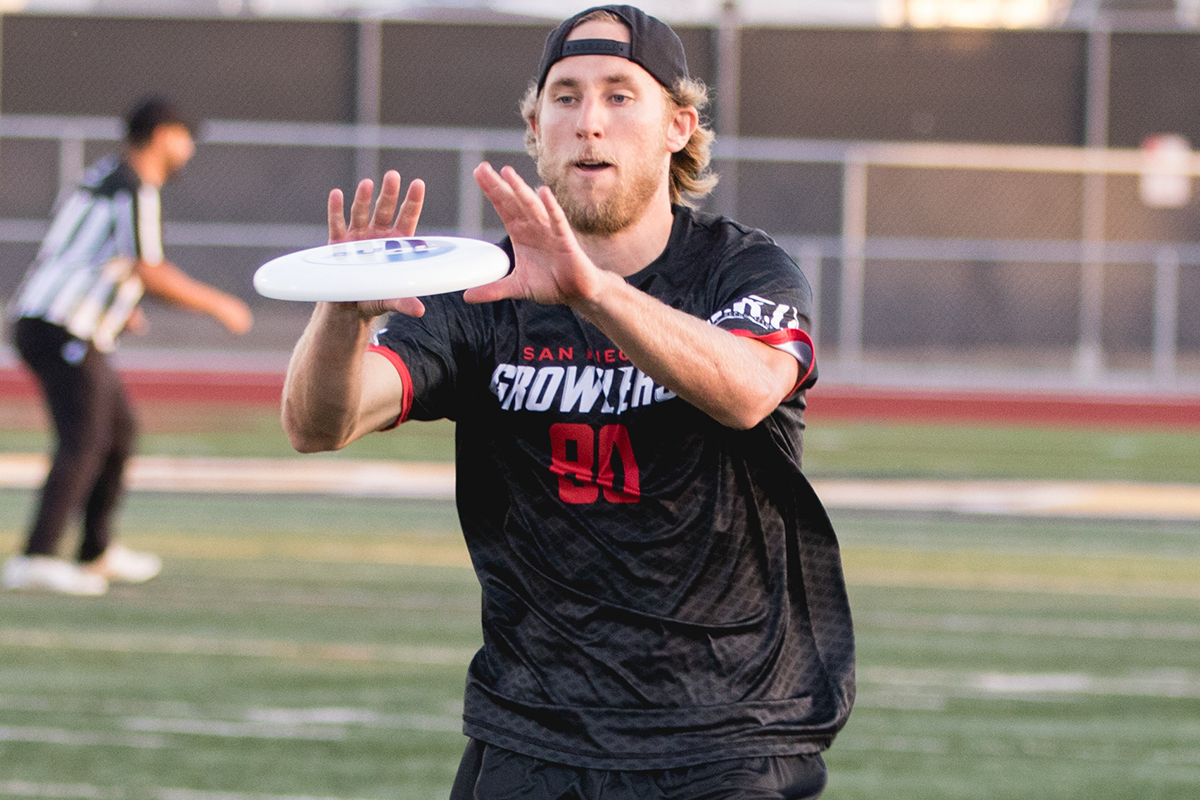 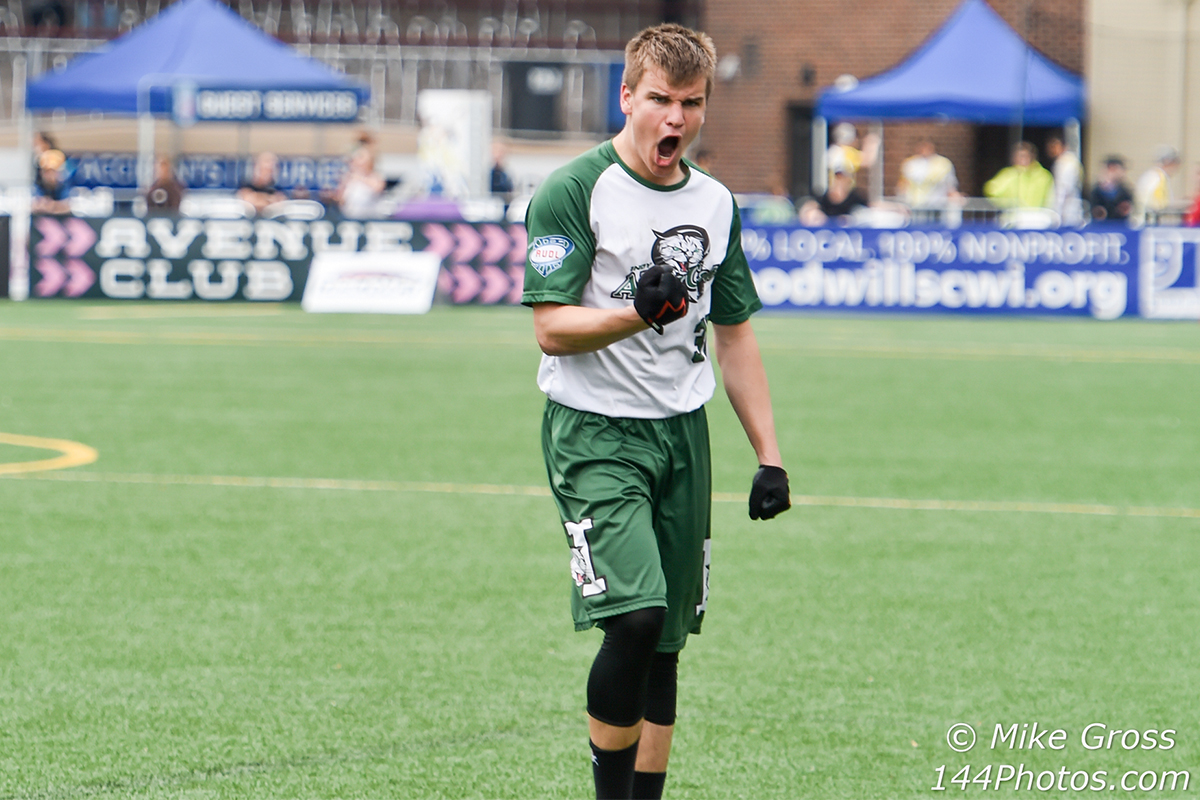 If the Indianapolis AlleyCats were going to get their first ever win in Madison, Travis Carpenter, the heart and soul of the team, was going to have to carry them. While he played 73.8 percent of his points on O-line during the 2019 season, Carpenter needed closer to a 50/50 split—13 O-points and 9 D-points—to lead his team to victory. The increased D-line usage led to a season-high three blocks, including a clutch deflection midway through the fourth quarter to maintain a two-goal lead. On offense Carpenter was his usual self, facilitating every possession with quick disc movement and timely hucks. He tossed three assists and completed 37 of 39 throws, limiting turnovers in rainy, sub-par conditions. For the game, Carpenter led or tied for the team lead in nearly every stat: assists, blocks, completions, touches, points played, and plus/minus.

The 18-15 win sparked a four-game win streak for the AlleyCats, as they secured a first round bye in the Midwest Division playoffs. Leading his team to their first Championship Weekend since 2012 and setting career-highs in assists (61) and completion percentage (95.4 percent), Carpenter was named one of five MVP finalists, in addition to receiving First Team All-AUDL honors in 2019. 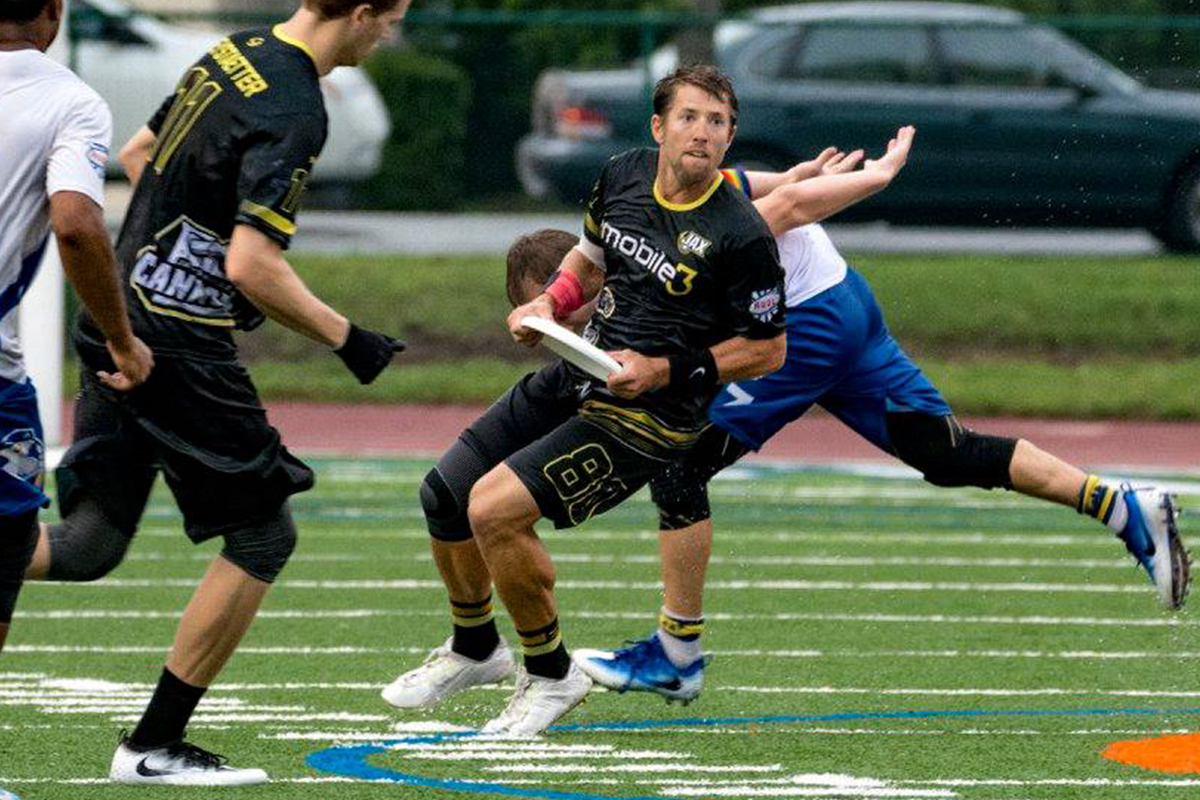 AUDL journeyman Stephen Poulos has played on five different teams in his six-year career, his longest tenure being with the Tampa Bay Cannons (then playing in Jacksonville) from 2015 to 2017. Week 9 of 2016 against Raleigh was a back-and-forth game from the start. Poulos dominated backfield touches and played primary distributor for the Cannons as the teams traded scores. He excelled at keeping the disc moving, and he showed great poise in the red zone to convert scoring chances, often finding six-foot-seven receiver Mischa Freystaetter to punctuate drives. Poulos finished with eight assists for the second consecutive game, and he completed a career-high 62 of 65 throws (95.4 percent). While his offensive contribution was expected for the O-line handler, Poulos’ performance also included two highlight reel blocks to prevent Raleigh scores. His overall +6 plus/minus was third highest in the game, and the two blocks tied for a single-game career high.

Despite strong individual performances from several Cannons players, the Flyers held off a late Cannons comeback attempt to win 25-24. 2016 would mark the best statistical season of Poulos’ career. This offseason it was announced Poulos would be returning to the Cannons in 2020 for his fourth season with the team. 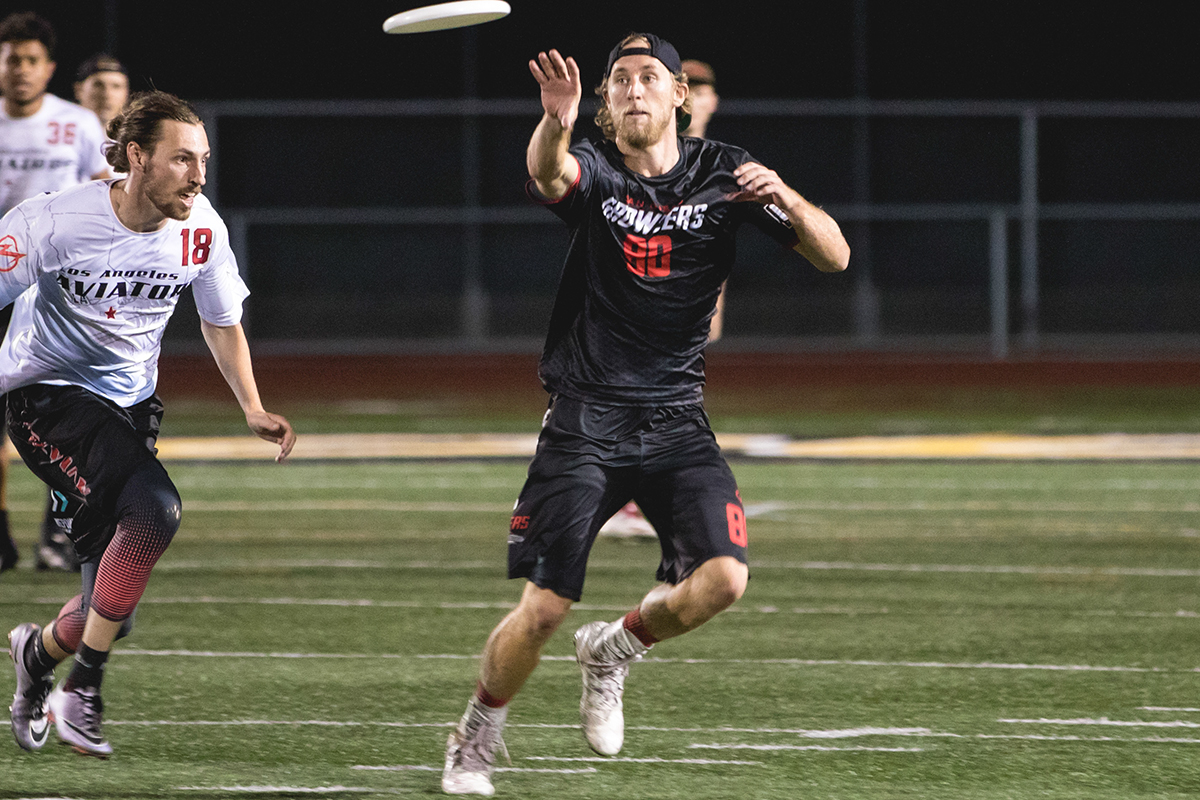 Travis Dunn gives his all every time he steps onto the field. But against LA, he hits another level. In Week 9 last season against their SoCal rivals, Dunn and the San Diego Growlers pulled out a narrow 20-18 win in Los Angeles, a game in which Dunn threw the go-ahead huck assist with under four minutes to go. Part of what makes Dunn so dangerous is his ability to not only play any role in the offense, but to step up and play the necessary role in the offense. With the Growlers often relying on their handlers to work the disc downfield, Dunn opened up the offense by attacking the deep space with precision hucks. He exercised great control on his throws, never forcing anything but taking full advantage of scoring opportunities as they came. Even with the aggressive downfield looks, Dunn still managed to complete 26 of 27 throws, marking his fifth game of the season finishing with just one throwaway.

Playing with unrivaled consistency throughout the 2019 season, Dunn finished with at least four goals and four assists in five games last year. Three of those came against LA. Having improved his scoring numbers every season, the Growlers all-star is only getting better and should expect to once again be in the MVP conversation in 2020.