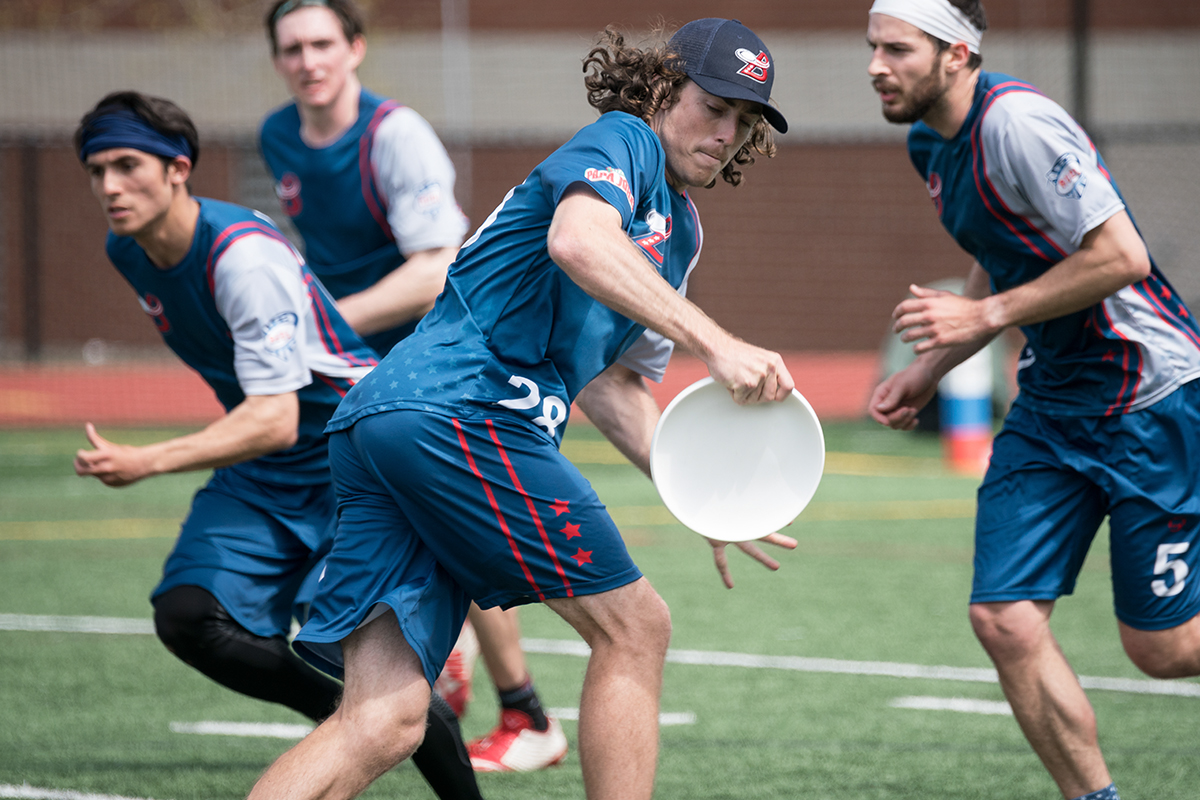 In Week 7 of AUDL Retro, three franchise players shined for their respective teams as they battled to win closely contested games. 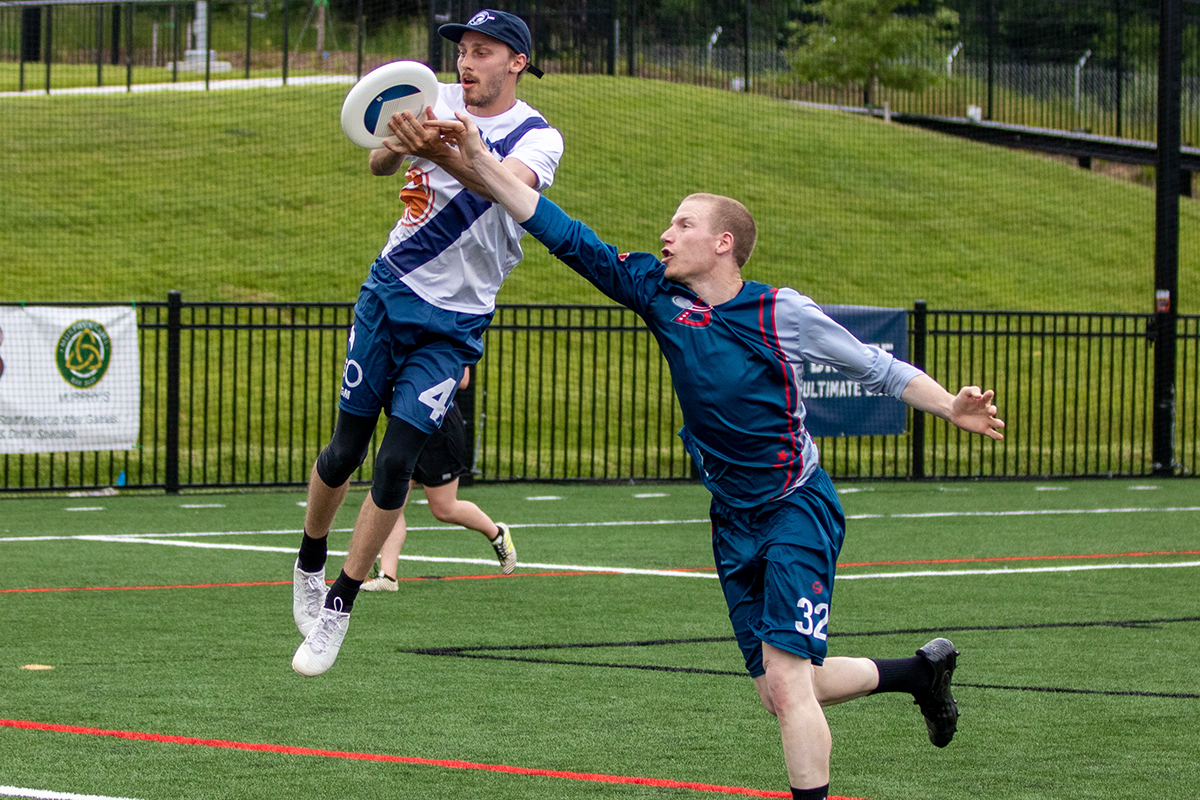 Quentin Bonnaud has been a constant feature in the endzone since his first game as a pro. And in his Week 7 game against Philadelphia during his rookie season in 2017, Bonnaud gave the league some of the first glimpses of his dominance. Totalling two assists and four goals on the day, Bonnaud slashed through the Philly defense in a complementary cutting role, using a veteran-like field awareness to pick his spots and give his throwers options all over the field. He quickly proved an integral part of the O-line and was extremely consistent with the disc; he finished the game with zero turnovers on 18 touches. With a savvy combination of instincts, speed and leaping ability, Bonnaud came through with several big plays throughout the game, though none bigger than his layout grab to tie the game at 23 with under two minutes to go. The Montreal Royal would fall short in overtime, but Bonnaud, in a season-high 30 points played, carved out a key role for himself that would only grow over the course of his Royal career.

Boasting elite cutting skills from his rookie season onward, Bonnaud has built a strong legacy in just three seasons of play. No player has scored more goals than Bonnaud’s 170 over the last three years. 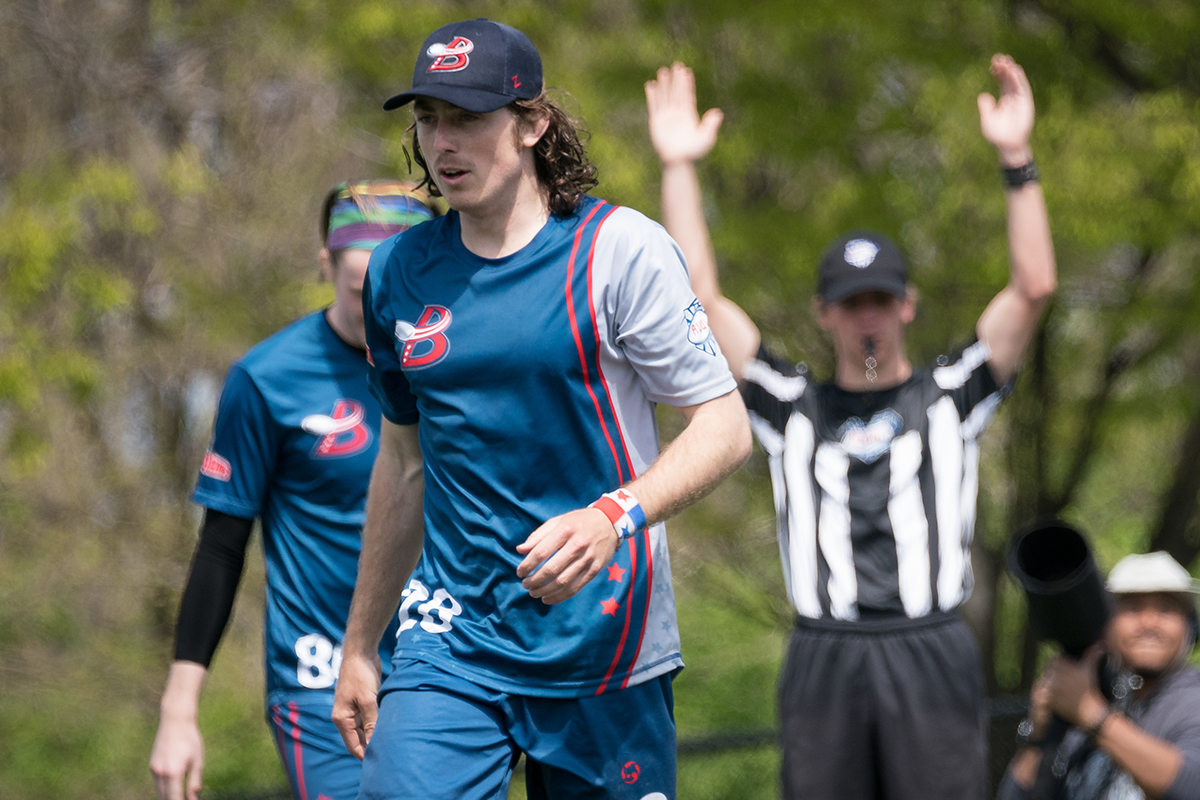 MVP vs. MVP. The DC Breeze hosted the Raleigh Flyers in Week 7 of 2018, as Rowan McDonnell went toe to toe with Jonathan Nethercutt in the interdivisional showdown. Commanding the field on both sides of the ball, Rowan was simply unstoppable; he totalled 10 goals, two assists and two blocks in 32 points played. His lengthy highlight tape included running down countless hucks, launching precision throws, and most notably perhaps, a third quarter Callahan. The focal point of the Breeze offense, McDonnell burned defenders throughout the game with quick-twitch cuts and elite speed. He racked up 47 touches playing essentially every position on offense, mostly working downfield but more than willing to drop back into handler sets to facilitate offensive flow. After a fourth quarter that featured six of seven Raleigh scores involving Nethercutt, and six of seven DC scores involving McDonnell, the Breeze came out on top 25-24. Rowan had secured his spot in the 2018 MVP conversation.

Rowan would of course go on to deservedly be named MVP of the 2018 AUDL season. He would finish with 53 assists, 39 goals, and 14 blocks in 11 games, leading the Breeze to a third-straight playoff appearance. 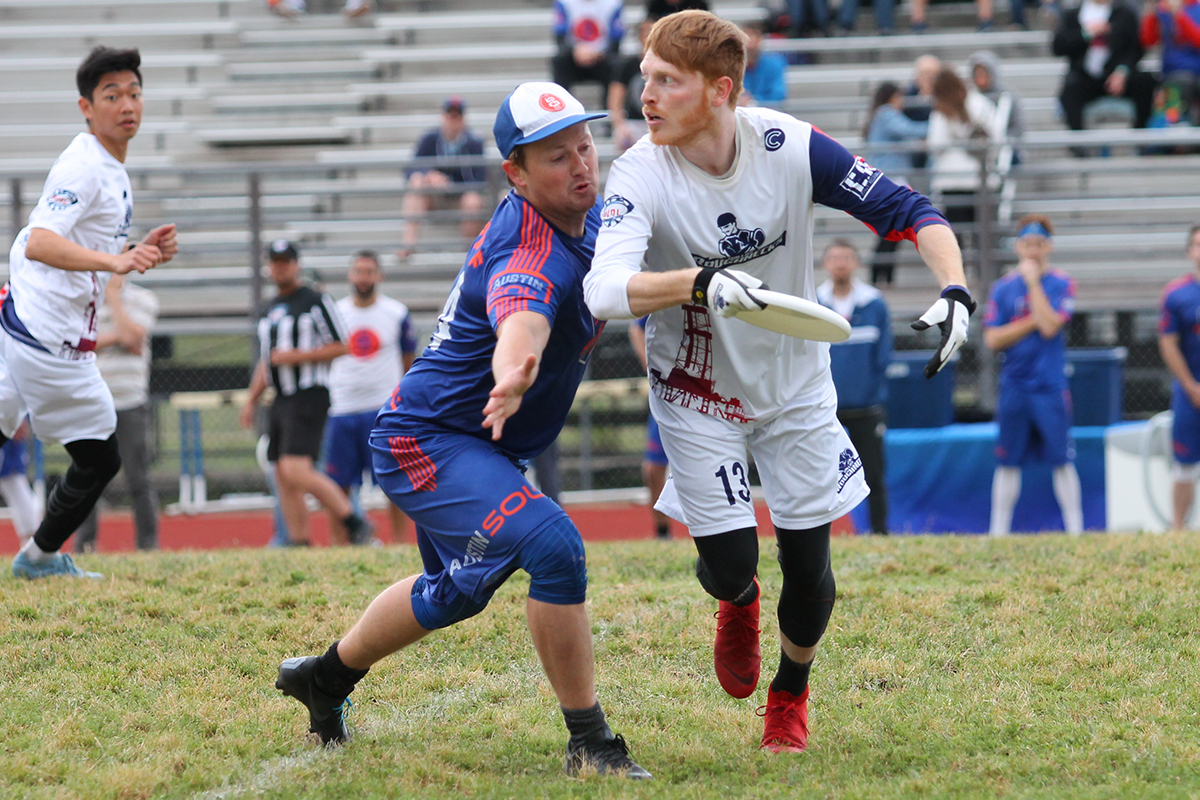 Dalton Smith is a dynamic offensive threat that took the reins of the Dallas Roughnecks offense in 2018. His first season playing O-line full-time, Smith shined in the Roughnecks’ Week 7 game against the Sol, showing off his full hybrid skill set throughout the game. Working both in the backfield and as an initiating cutter, Smith proved to be a consistent go-to option to set the offense in motion. He attacked the Sol defense with a combination of give-and-go’s and timely deep cuts, using his speed and quickness to keep defenders off balance. Smith was on both the throwing end and receiving end of several hucks throughout the game, being sure to take full advantage of the power position generated from quick handler motion. On the day he totalled three assists and four goals on offense, while also contributing two blocks on defense to get the disc back after turnovers; he finished top three on the team in each category.

Smith led the Roughnecks to a 27-23 victory in Austin, and he cemented his role as a primary offensive option in the Roughnecks’ system. 2018 would mark his most involved season to date; he averaged more than 40 completions per game in 12 games of action.